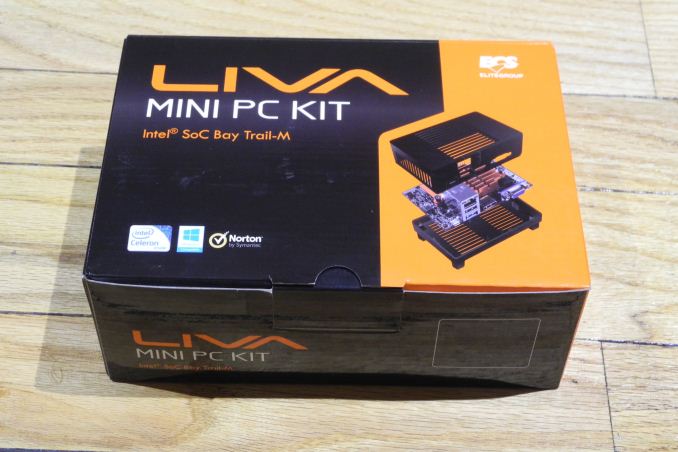 Nettops and netbooks, as a class of products, have been on the decline over the last few years. The most significant issue with the nettops was obviously the anaemic CPU performance. As consumers realized that they could get much better performance per watt from other platforms, the shift to tablets well and truly buried the old nettops and netbooks. However, the introduction of SoCs based on the new Silvermont Atom cores has served to address some of these major drawbacks. But, are those enough to revitalize a market that is almost already extinct? ECS, emboldened by the success of the Intel NUC form factor, is all set to find out with their LIVA mini-PC kits.

Readers might recognize ECS as more of a motherboard vendor. The ECS LIVA mini-PC kits are a little bit out of the pure motherboard-play zone. ECS has created a small motherboard (BAT-MINI) for Bay Trail-M parts. Since all of those are BGA, the Intel CPU is soldered on-board. A bunch of other components are included in the kit so that only the OS is necessary to complete the system. The full configuration of the ECS LIVA review unit is provided below.

Even though the retail unit is sold barebones, our unit came with a copy of Windows 8.1 Professional. Some of the above internal components didn't come pre-installed in our review unit package.

Gallery: ECS LIVA Package / In & Around the Unit

Assembling the unit was quite easy, with just the matter of sticking the antennae to the chassis, mounting the Wi-Fi card in the M.2 slot, ensuring proper orientation of the board inside the chassis and snapping in the top. Our initial review sample had a small issue with the power button in the chassis. It was resolved by leaving a small gap between the top and the bottom sides of the chassis in order to align the switch the power button on the motherboard. However, ECS immediately came out with a replacement that didn't exhibit the issue and that resulted in a clean build. In any case, the issue seemed to be a one-off, as other reviews on Amazon and Newegg don't seem to indicate anything similar. 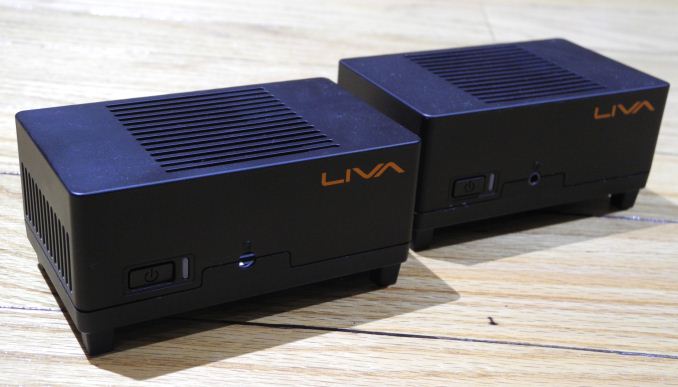 The chassis on the left had an issue with the power button's alignment, while the replacement on the right resolved that issue

In the rest of this review, we will first analyze the Bay Trail-M platform in detail and take a look at how ECS has managed to utilize it in the LIVA. We will follow this up with a benchmark section (which includes wireless and storage system evaluation numbers). The passive nature and size of the unit make it an ideal HTPC candidate, and we will take a look at how it fares in HTPC scenarios. Before the concluding section, we discuss the power consumption numbers and thermal performance. However, prior to all that, we have a table presenting the details of various systems that are compared against the ECS LIVA in this review.

Note that this is only relevant to the networking and storage subsystem evaluation. For performance metrics, it doesn't make sense to look at the CPU and GPU credentials of the LIVA against devices in a much higher price class (We are trying to get in more Bay Trail systems for review, but currently don't have any in the $180 price range). Therefore, only the raw performance numbers will be presented. If readers are still interested in the comparison, reference can be made to our most recent mini-PC review for the corresponding numbers of others systems.