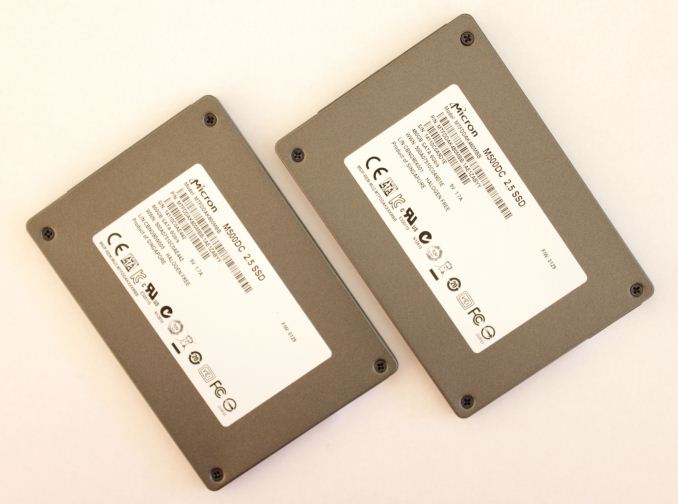 While the client SSD space has become rather uninteresting lately, the same cannot be said of the enterprise segment. The problem in the client market is that most of the modern SSDs are already fast enough for the vast majority and hence price has become the key, if not the only, factor when buying an SSD. There is a higher-end market for enthusiasts and professionals where features and performance are more important, but the mainstream market is constantly taking a larger and larger share of that.

The enterprise market, on the other hand, is totally different. Unlike in the client world, there is no general "Facebook-email-Office" workload that can easily be traced and the drives can be optimized for that. Another point is that enterprises, especially larger ones, are usually well aware of their IO workloads, but the workloads are nearly always unique in one way or the other. Hence the enterprise SSD market is heavily segmented as one drive doesn't usually fit all workloads: one workload may require a drive that does 100K IOPS in 4KB random write consistently with endurance of dozens of petabytes, while another workload may be fine with a drive that provides enough 4KB random read performance to be able to replace several hard drives. Case in point, this is what Micron's enterprise SSD lineup looks like:

In order to fit the table on this page, I even had to leave out a few models, specifically the P300, P410m, and P322h. With today's release of the M500DC, Micron has a total of eight different active SSDs in its enterprise portfolio while its client portfolio only has two. 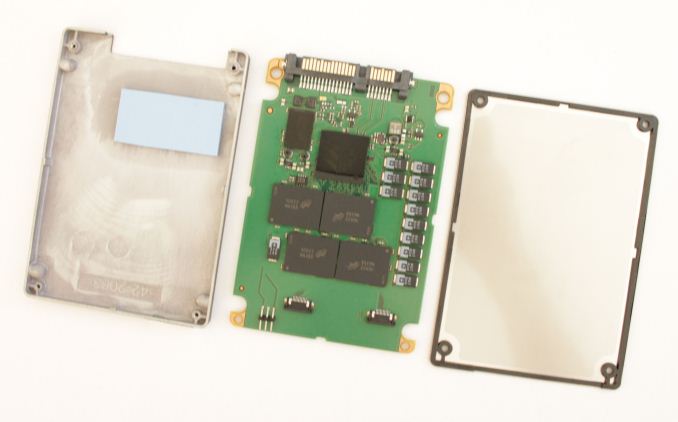 Micron's enterprise lineup has always been two-headed: there are entry to mid-level SATA/SAS products, which are followed by the high-end PCIe drives. The M500DC represents Micron's new entry-level SATA drive and as the naming suggests, it's derived from the client M500. The M500 and M500DC share the same controller (Marvell 9187) and NAND (128Gbit 20nm MLC) but otherwise the M500DC has been designed from ground up to fit the enterprise requirements.

The M500DC is aimed at data centers that require affordable solid-state storage, such content streaming, cloud storage, and big data analytics. These are typically hyperscale enterprises and due to their exponentially growing storage needs, the storage has to be relatively cheap or otherwise the company may not have the capital to keep up with the growth. In addition, most of these data centers are more read heavy (think about Netflix for instance) and hence there is no need for high-end PCIe drives with endurance in the order of dozens of petabytes.

In terms of NAND the M500DC features the same 128Gbit 20nm MLC NAND as its client counterpart. This isn't even a high-endurance or enterprise specific part -- it's the same 3,000 P/E cycle part you find inside the normal M500. Micron did say that the parts going inside the M500DC are more carefully picked to meet the requirements but at a high-level we are dealing with consumer-grade MLC (or cMLC). 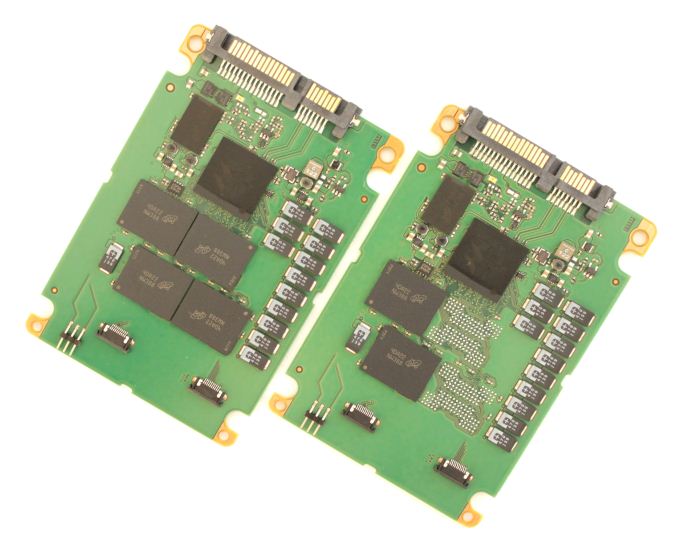 To get away with cMLC in the enterprise space, Micron sets aside an enormous portion of the NAND for over-provisioning. The 480GB model features a total of six NAND packages, each consisting of eight 128Gbit dies for a total NAND capacity of 768GiB. In other words, only 58% of the NAND ends up being user-accessible. Of course not all of that is over-provisioning as Micron's NAND redundancy technology, RAIN, dedicates a portion of the NAND for parity data, but the M500DC still has more over-provisioning than a standard enterprise drive. The only exception is the 800GB model which has 1024GiB of NAND onboard with 73% of that being accessible by the user.

A quick explanation for the numbers above. To calculate the effective over-provisioning, the space taken by RAIN must be taken into account first because RAIN operates at the page/block/die level (i.e. parity is not only generated for the user data but all data in the drive). A stripe ratio of 11:1 basically means that every twelfth bit is a parity bit and thus there are eleven data bits in every twelve bits. In other words, out of 192GiB of raw NAND only 176GiB is usable by the controller to store data. Out of that 120GB (~112GiB) is accessible by the user, which leaves 64GiB for over-provisioning. Divide that by the total NAND capacity (192GiB) and you should get the same 33.5% figure for effective over-provisioning as I did.

Before we get into the actual tests, we would like to thank the following companies for helping us with our 2014 SSD testbed.