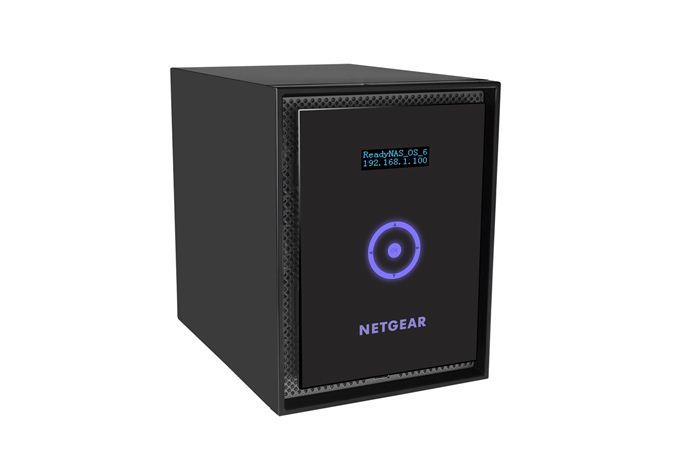 We reviewed the ReadyNAS 312 (one of the entry-level members) in Netgear's x86 NAS lineup last week. Netgear's ReadyNAS introductions this year were covered earlier in March. Today, Netgear is expanding the lineup based on ReadyNAS OS 6.x with the 6-bay RN716x.

10 GbE capabilities have been restricted to rackmount units so far, but we are seeing vendors slowly recognize the scope for those capabilities in the desktop / tower form-factor. QNAP launched its TS-x70 series last month and touted its 10 GbE-readiness. By default, those units come with dual GbE cards in the expansion slot making for a total of four GbE ports in each unit. Netgear is going one step further with the RN716 by bundling a dual 10 GbE card in the expansion slot along with the two GbE ports already on the motherboard.

The ReadyNAS RN716 is based on an Intel Xeon x86 platform and comes with ECC DRAM making it a full-fledge server solution for business and enterprise users. The following table presents the detailed specifications of the RN716x.

Similar to all other ReadyNAS units based on ReadyNAS 0S 6.x, the RN716 also runs a Linux kernel with a btrfs file system for the internal storage volumes. We have been experimenting with a review unit in-house over the last week. A full review is coming in later this month, but here are some other interesting aspects of the platform as revealed after gaining SSH access to the unit. 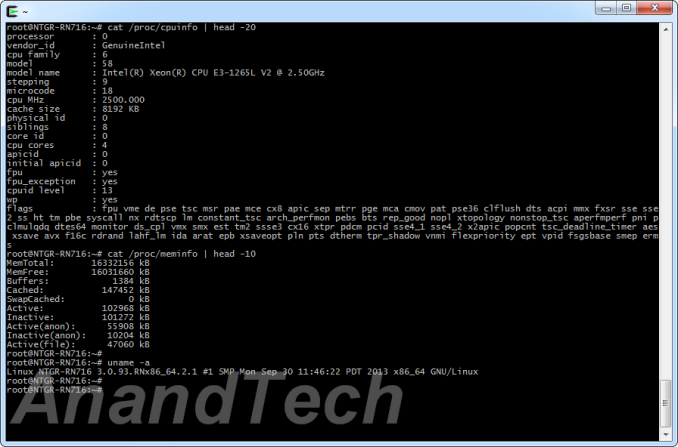 Unlike other 10 GbE units we have seen so far, the RN716 comes with 10GBase-T connections. These go well with the full 10GBase-T switches introduced by Netgear earlier this year. In fact, we are reviewing the RN716x bundled with a Netgear XS712T in our labs right now. The RN716x is expected to retail around $3000.