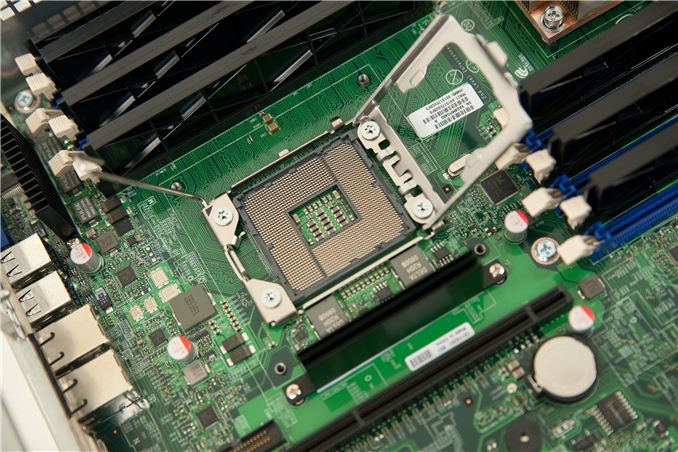 Last week I kicked off a short series on the hardware behind our current network infrastructure. In the first post I presented a high level overview of the hardware that runs AnandTech, while in the second post I detailed our All-SSD Architecture. Today I wanted to do some rough CPU comparisons to show how much faster the new hardware is, and on Monday I'll conclude the series with a discussion of power savings.

Our old infrastructure was built in the mid-2000s, mostly around dual-core processors. For our most compute heavy systems, we had to rely on multiple dual-core processors to deliver the CPU performance we needed. Once again I'm using our old Forums database server, an HP DL585, as an example here.

We replaced it (and all of our other servers) with 2U dual-socket systems based on Intel's Xeon L5640 processors. Each L5640 features 6-cores, making each server a 12-core machine, running at 2.26GHz with a 60W max TDP.

The spec comparison is pretty interesting:

Although die area has gone up a bit, you get 3x the number of cores, a lot more cache and much more memory bandwidth. The transistor count alone shows you how much things have improved from 2005 to 2010. It's also far more affordable to deliver this sort of compute. Although I won't touch on it here (saving that for the final installment), you get all of this with a nice reduction in power consumption. 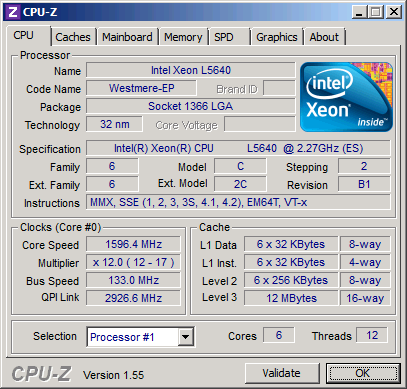 Now the question is how much has performance improved? Simulating our live workload on a single box without the infrastructure that goes along with it is a bit difficult, so I turned to some quick Integer and FP benchmarks to give a general idea of the magnitude of improvement:

All of this comes at a lower TDP and lower price point, despite the 20% larger die area. The market was very different back when the Opteron 880 launched.

If you're still running on large, old and outdated hardware, you can easily double performance by moving to something more modern - all while reducing power and rackspace. If your workload remained the same (or very similar), you could thoretically replace multiple 4U servers with half as many 2U servers given the sort of performance/density improvements we saw here. And 2U boxes aren't even as dense as they get. If space/rack density is a concern, there are options in the 1U space or by going to blades. 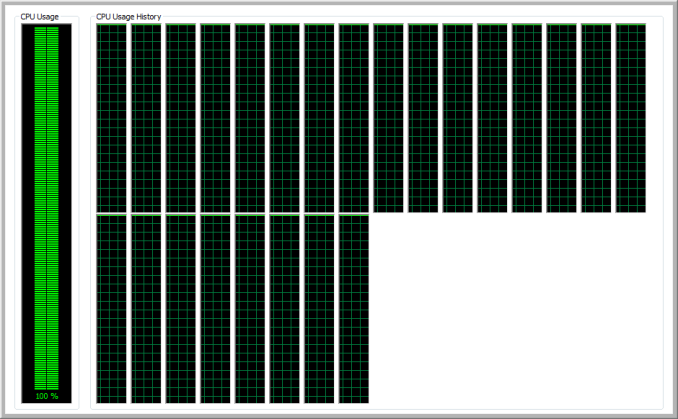 Looking back at what we had almost 7 years ago makes me wonder about what the enterprise market will look like 5 - 7 years from now. Presumably we'd be able to deliver similar performance to what we have deployed today with a much smaller, even more power efficient platform (~10nm). There's a lot of talk of going to many smaller cores vs. the big beefy Xeon cores we have here. There's also the question of how much headway the ARM players will make into the enterprise space over the coming years. I suspect, at a minimum, we'll see substantially increased price pressure on Intel. AMD was headed in that direction prior to its recent struggles, but the ARM folks should be able to deliver once they navigate their own 64-bit transition.