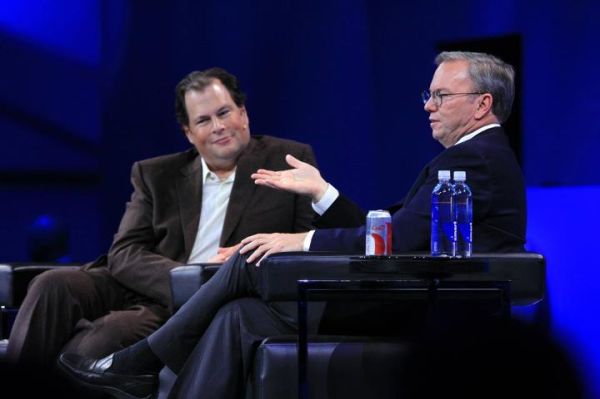 Last Thursday, Eric Schmidt sat down for a keynote interview at Dreamforce '11, Salesforce.com's cloud computing conference held in San Francisco. The keynote covered a lot of history, several patent issues, the Motorola acquisition and some broad stroke descriptions for what we can expect from Google in the future. One thing slipped through earlier coverage, though. During a brief discussion on Android (at 30:25 in the link below), Eric Schmidt revealed that Ice Cream Sandwich would be introduced in the October/November timeframe. This plays out with the rumors that the Nexus/Droid Prime would premiere in the November/December time frame. Big news? No, but it does tell us that an SDK might be just a few weeks away. Like we said, this is going to be a busy fall.