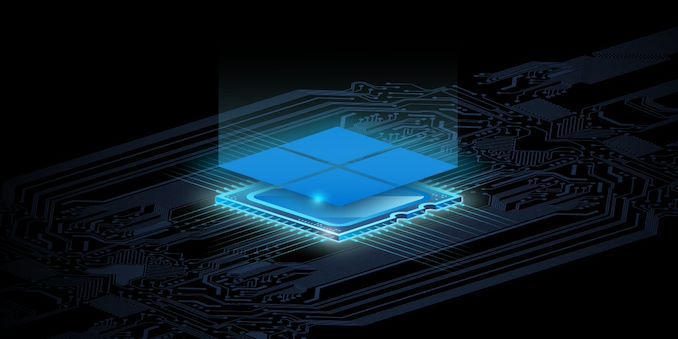 One of the key tenets of having good security is reducing how attackable your system is. This is what we call an attack surface – a system needs as few attack surfaces as possible, and as small as possible, to minimize any potential unwarranted intrusion. Beyond that, any additional security to detect and protect is vital. Both hardware and software can be used for that layer of additional security, and it becomes particularly important when dealing with virtualization, especially when it comes to virtual and physical attacks. In order to create a more unified system, Microsoft’s Pluton Security Processor, which works with Windows, is coming to the three major hardware vendors that implement the OS: AMD, Intel, and Qualcomm. What makes this different is that this is a physical in-hardware implementation that will be built directly into the future processors from each of the three companies.

Pioneered in both Xbox consoles and Microsoft’s Azure Sphere ecosystem, the Pluton Security Processor enables a full-stack chip-to-cloud security akin to a Trusted Platform Module (TPM). The TPM has been a backbone of server security over the last decade or more, providing a physical store for security keys and other metadata that verifies the integrity of a system. In the mobile space, a built-in TPM allows for other security verification, such as Windows Hello or Bitlocker. 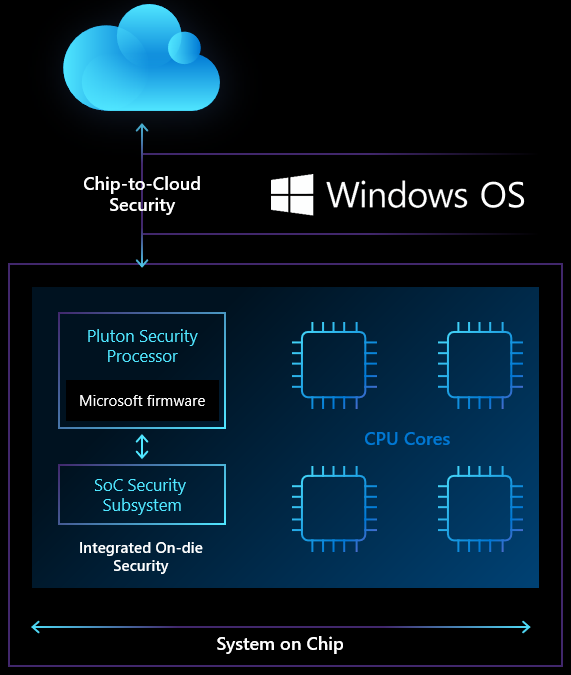 Over time, according to Microsoft, a physical TPM module in these systems have become a weak point in modern security design. Specifically, gaining physical access to the system makes the TPM useless allowing for in-transit data hijacks or man-in-the-middle data pruning. Because a TPM is an optional addition to most server environments, that physical module-to-CPU data pathway becomes an important attack surface.

What the Pluton project from Microsoft and the agreement between AMD, Intel, and Qualcomm will do is build a TPM-equivalent directly into the silicon of every Windows-based PC of the future. The Pluton architecture will, initially, build an emulated TPM to work with existing specifications for access to the current suites of security protocols in place. Because Pluton will be in-silicon, it severely reduces the physical attack surface of any Pluton-enabled device.

The Pluton architecture seems to also allow for a superset of TPM features, perhaps to be enabled in the future. Microsoft highlights both the unique Secure HArdware Cryptography Key (SHACK) technology such that security keys are never exposed outside of the hardware environment, as well as community engagement such as what has been done through Project Cerberus, part of the Open Compute Project to enable root-of-trust and firmware authentication. We are told this is particularly important as it pertains to wide-spread patching issues.

All of the silicon vendors involved will have Pluton as the first layer of security – additional layers (such as AMD’s PSP) will go below this. From the three vendors, AMD has worked with Microsoft already on Pluton for consoles, so it should not be a big step to see Pluton in AMD consumer and enterprise silicon sooner rather than later, along with AMD’s other technologies such as Secure Encryption Virtualization. Intel stated that its long-term relationship with Microsoft should lead to a smooth Pluton integration, however the company declined to comment on a potential timeline. Qualcomm is the odd-one-out in a sense, as its cycles are a little different, but the company is quoted as stated that on-die hardware root-of-trust security is an important component of the whole silicon.

A number of parallels are being drawn between Pluton and Apple’s T2 security chip, which was moved inside the recently announced M1 processor.