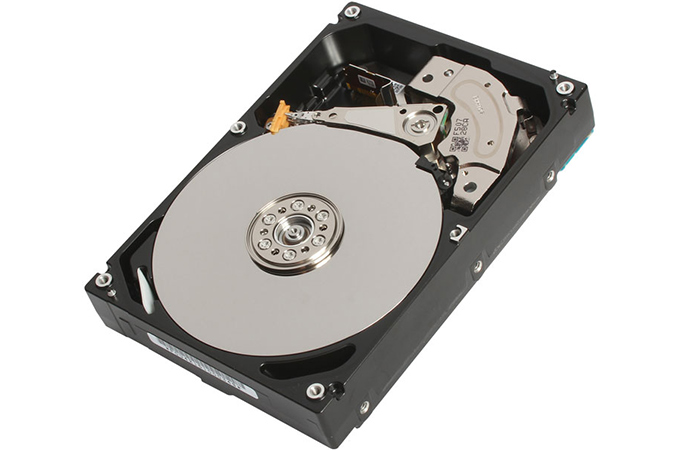 Following up on news from earlier this month that they have developed HAMR HDD platters, Showa Denko K.K. (SDK) has announced that it has started shipments microwave assisted recording (MAMR) HDD platters. The announcement confirms that MAMR media is in production and that Toshiba is on track to introduce HDDs using the tech in the coming quarters.

SDK’s media is set to be used for Toshiba’s nine-platter 18 TB MAMR hard drive for nearline applications. The platters feature a 2 TB capacity, with Toshiba taking advantage of the fact that the platters are thinner than those used in modern eight-platter designs. Showa Denko has never revealed which magnetic alloy or substrate it's using for its 2 TB media, though aluminum substrate is quite likely given the company’s focus on this material.

Showa Denko confirmed that it's shipping MAMR media to Toshiba in its 2019 Consolidated Financial Results presentation for investors and analysts. Shipments to Toshiba may indicate that the latter has begun sampling its 18 TB nearline hard drive. Though it is unknown how many drives Toshiba has shipped to its customers and whether they were engineering or qualification samples.

Unfortunately, SDK’s announcement does not give us any hints regarding availability timeframe of Toshiba’s 18 TB MAMR HDDs, but it does at least confirm that the HDD industry is one step closer to actually shipping commercial MAMR HDDs.

The statement by Showa Denko reads as follows:

“In 2019, SDK began shipment of newly developed 3.5-inch HD media which have storage capacity of 2 terabyte per disk based on the Microwave Assisted Magnetic Recording (MAMR) technology for next-generation hard disk drives (HDDs). This product, which SDK developed with its new technology, has been adopted by Toshiba Electronic Devices & Storage Corporation for use in MAMR-technology-based 18 terabyte near-line HDD, which represents the largest storage capacity in the industry.”