GlobalFoundries Teams Up with Singapore University for ReRAM Project 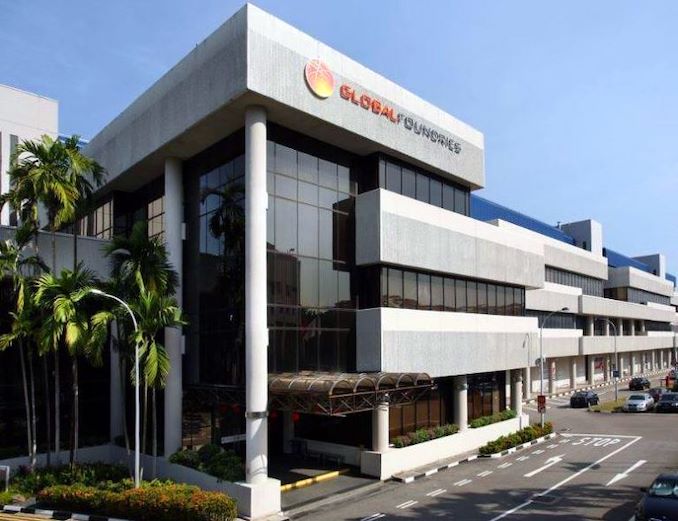 GlobalFoundries has announced that the company has teamed up with Singapore’s Nanyang Technological University and the National Research Foundation to develop resistive random access memory (ReRAM). The next-generation memory technology could ultimately pave the way for use as a very fast non-volatile high-capacity embedded cache. The project will take four years and will cost S$120 million ($88 million).

Under the terms of the agreement, the National Research Foundation will provide the necessary funding to Nanyang Technological University, which will spearhead the research. GlobalFoundries will support the project with its in-house manufacturing resources, just like it supports other universities on promising technologies, the company says.

Right now, GlobalFoundries (and other contract makers of semiconductors) use eFlash (embedded flash) for chips that need relatively high-capacity onboard storage. This technology has numerous limitations, such as endurance and performance when manufactured using today's advanced logic technologies (i.e., sub-20nm nodes), which is something that is required of embedded memories. This is the main reason why GlobalFoundries and other chipmakers are looking at magneto resistive RAM (MRAM) to replace eFlash in future designs as it is considered the most durable non-volatile memory technology that exists today that can be made using contemporary logic fabrication processes.

MRAM relies on reading the magnetic anisotropy (orientation) of two ferromagnetic films separated by a thin barrier, and thus does not require an erase cycle before writing data, which makes it substantially faster than eFlash. Furthermore, its writing process requires a considerably lower amount of energy. On the flip side, MRAM’s density is relatively low, its magnetic anisotropy decreases at high temperatures and performing write operations at low temperatures requires high currents (and if anisotropy is increased in general, it will require high currents even at not-so-low temperatures), which makes it a no-option for numerous applications, but which is still very promising for the majority of use cases that do not involve low temperatures. 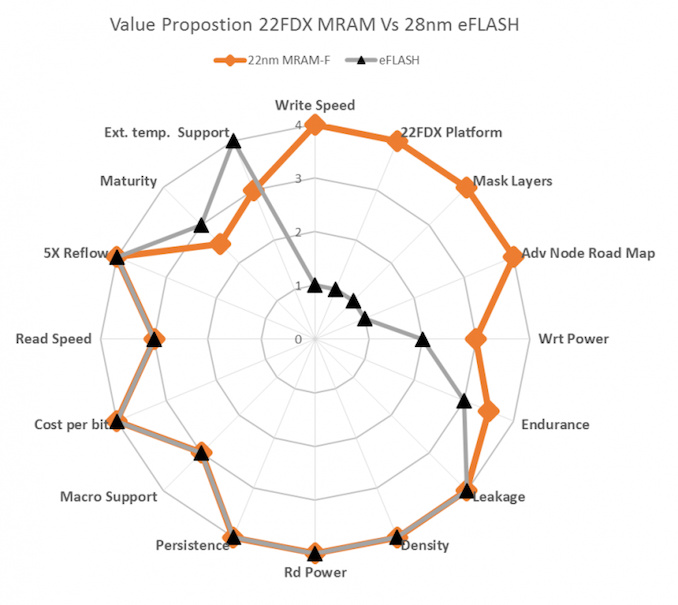 This brings researchers to ReRAM, which relies on changing the resistance across a dielectric material (from ‘0’ to ‘1’ or otherwise) by electrical current. The technology also doesn't require an erase cycle, promises very high endurance, and — assuming that the right materials are used — can work at a wide range of temperatures. Meanwhile, alloys used for ReRAM should be very stable in general in a bid to survive millions of switches and retain data, even when memory cells are produced using 'thin' moden fabrication processes (e.g., GF's 12LP or 12FDX). Finding the right substances for ReRAM will be the main topic of NTU’s research, whereas GlobalFoundries will have to find a cost-efficient way to produce the new type of memory at its facilities if the research is successful.

For years to come, GlobalFoundries (and its rivals) will use MRAM for a wide variety of applications as the technology is mature enough, fast enough, and durable enough. The company’s eMRAM implementation ‘integrates well’ with both FinFET and FD-SOI process technologies (although FinFET implementation is not yet ready), the company says, so expect it to be used widely. According to the foundry, it has multiple 22FDX eMRAM tape outs planned for 2019 and 2020.

GlobalFoundries is not standing still and is evaluating several eNVM technologies for its roadmap beyond 2020, including ReRAM. The company does not expect the research to come to fruition before 2021, but it certainly hopes that ReRAM will become another useful embedded memory technology.

It is noteworthy that companies like Western Digital are working on ReRAM-based storage class memory (SCM) to compete against Intel’s 3D XPoint and other SCM technologies. SCM-class ReRAM will have its differences when compared to embedded ReRAM that GlobalFoundries is particularly interested in, which once again shows that the technology could be applied very widely.