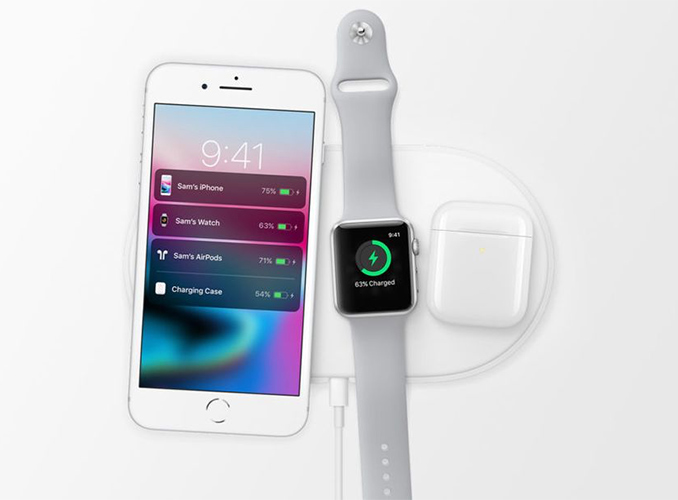 Apple today has cancelled its AirPower wireless charging mat, citing the difficulties the company has encountered in getting the mat to meet its ‘high standards’. The company emphasized that wireless technology projects like this one might be a part of its future roadmap, but at this time it has decided to refrain from releasing the AirPower.

Apple announced its AirPower mat along with the iPhone X and iPhone 8 back in September 2017. The mat was meant to charge up to three devices at the same time. For example, a new iPhone, an Apple Watch, and Apple's AirPods (via the Wireless Charging Case) could be charged simultaneously, bringing a lot of convenience and removing at least two cables from the table. In terms of flexibility this would have been a big step up from today’s wireless chargers, which can only charge one device at a time.

The AirPower relied on a multi-inductor design, which was reportedly the source of the problems that Apple faced. Among the issues mentioned by various reports were overheating, interference issues, and difficulties in getting the mat to communicate with devices (i.e., it did not ‘know’ their charge levels). As it turns out, about 18 months after the formal announcement, Apple has apparently not managed to solve all the problems with the AirPower, leading to them pulling the plug on a Friday.

“After much effort, we’ve concluded AirPower will not achieve our high standards and we have cancelled the project,” said Dan Riccio, Apple’s senior vice president of Hardware Engineering at Apple. “We apologize to those customers who were looking forward to this launch. We continue to believe that the future is wireless and are committed to push the wireless experience forward.”

It is noteworthy that the decision to cancel the project was very clearly made relatively recently, as ‘Display Only’ retail packages for the 2nd Gen AirPods still showcased the AirPower mat. Otherwise, given the challenges posed by the multi-inductor design of the ‘intelligent’ wireless charging mat, Apple clearly planned to build a very ambitious product, making this one of the rare cases where their ambitions publicly exceed their otherwise impressive engineering capabilities.