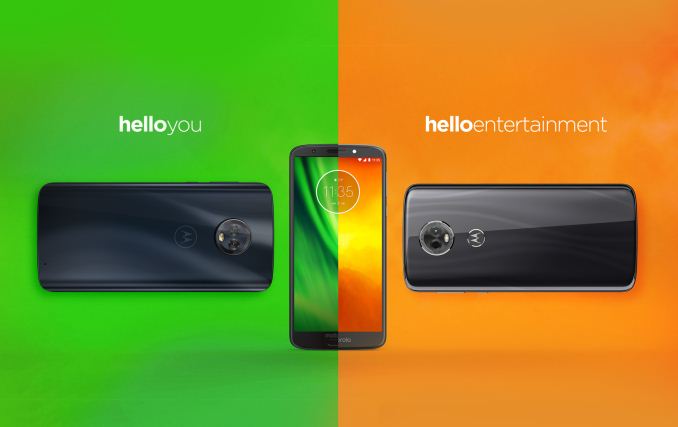 Today Motorola announced six new mid-range and low-end phones in the g6 and e5 series. The G series has been particularly popular in regions such as North America due to its excellent value proposition and being overall solid phones. The g6 promises to continue this trend while bringing to market some of the more popular features of today’s high-end flagships, such as 18:9 displays and dual-camera functionality.

The new g6 and e5 series each come in three variants: A regular variant in a “smaller” form-factor, a “plus” variant with a larger screen which will be available only in select markets, and a cost-reduced and “play” variant which could be counted as a completely different phone model with low-end specifications.

The defining factor for the phones are the 18:9 screens. The g6 and g6 plus use a 2160x1080p screen, with the smaller variant coming in at 5.7” and the larger plus coming in at 5.9”. Obviously there’s a bit of disconnect between screen diameter and actual device size with these new elongated aspect ratios, so the widths of 72.3 and 75.5mm should be more representative of the in-hand size of the devices. The g6 play also comes with a 5.7” screen, however it uses a lower 1440x720 resolution screen. 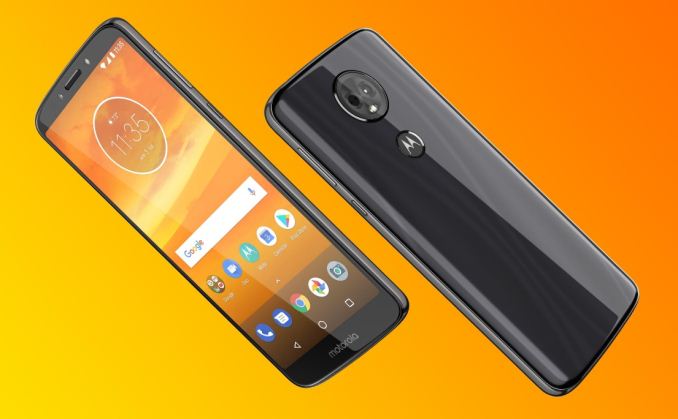 On the battery side the g6 and g6 plus come with 3000 and 3200mAh batteries. The g6 play uses a larger 4000mAh battery, however this comes at a cost of device thickness as well as increased weight.

The g6 and g6 plus use a dual-camera system with the main shooter coming in at 12MP. On the g6 this is accompanied by an F/1.8 lens while the plus gets a F/1.7 lens. The secondary 5MP sensor serves for depth information and bokeh effects.

Alongside the g6 series, the e5 series represent a lower price point with more conservative specifications.

All variants of the e5 are powered by the very low-end Snapdragon 425 which comes with 4x Cortex A53 cores at 1.4GHz. The regular and play variants sport 2GB of RAM, while the plus variant comes with 3GB. Storage is limited to 16GB as well for the smaller variants while the plus gets 32GB. 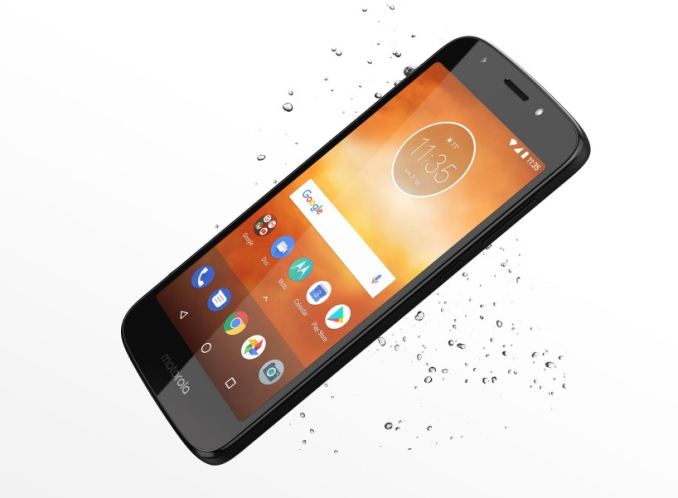 On the camera side, we’re just expecting the bare minimum as Motorola opted for 13 respectively 12MP sensors on the e5 and e5 plus. The e5 play comes with a smaller 8MP camera. All variants sport F/2.0 lenses.

The market availability of the e5’s follows that of the g6 – meaning the e5 plus variant doesn’t see a launch in North America. This variant comes in at EUR 169€, while the globally launched e5 comes at USD $199. There hasn’t been price announcements for the e5 play yet.

Overall Motorola’s new phones offer solid value at their respective price points. In the past what Motorola was able to distinguish itself with was very up to date and streamlined software experience. The new g6 and e5 series all launch with Android 8.0 out of the box so it seems that Motorola’s strategy in terms of software hasn’t changed.