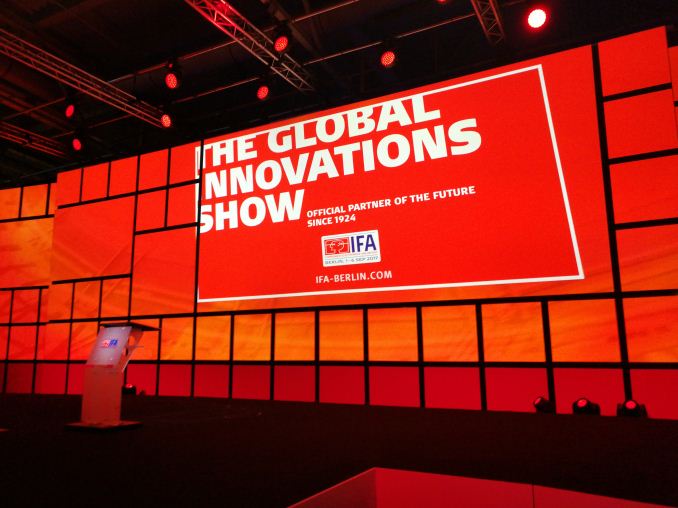 06:59AM EDT - We're here for IFA's launch press event. We were expecting this to be Dell's press event, but there seems to be a mix up on emails.

06:59AM EDT - Just me on text and images today - it's a 2 hour press event, which I think is being merged with the IFA launch press event

07:01AM EDT - Despite stating a 1pm local time start, they only opened the doors a few minutes before the hour, so people are still coming in 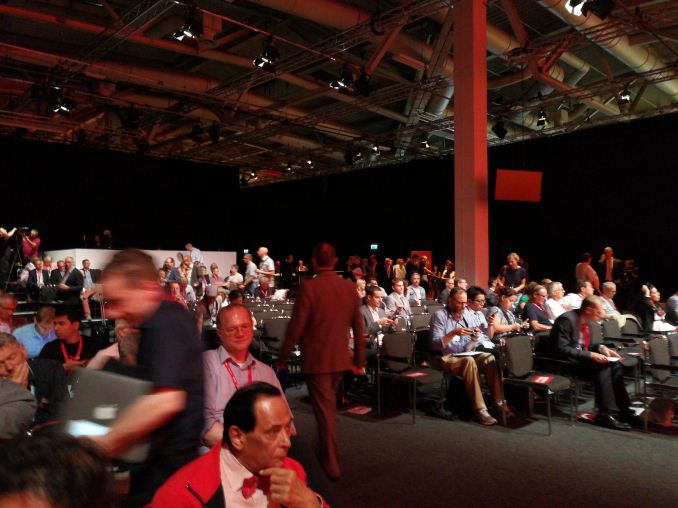 07:04AM EDT - Dell have already announced a bunch of hardware this week in preparation for the press conference, rather than saving it for here

07:06AM EDT - We've got a few more things to write up from our press deck, which they're likely to mention here 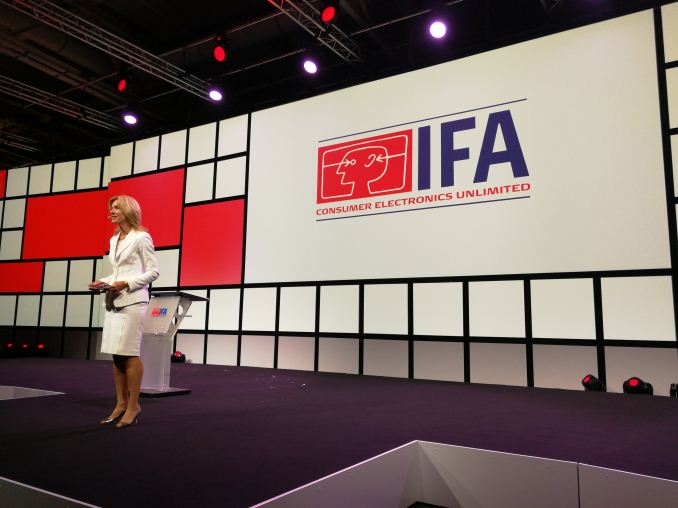 07:16AM EDT - Three main speakers. First up, the head of a local consumer electronics body 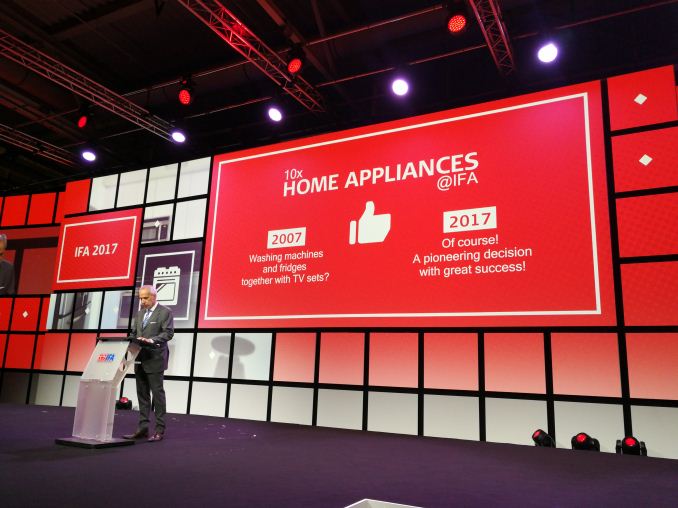 07:19AM EDT - IFA is a platform for companies to launch their products, e.g. 50 years of color TV in Berlin, launched at IFA 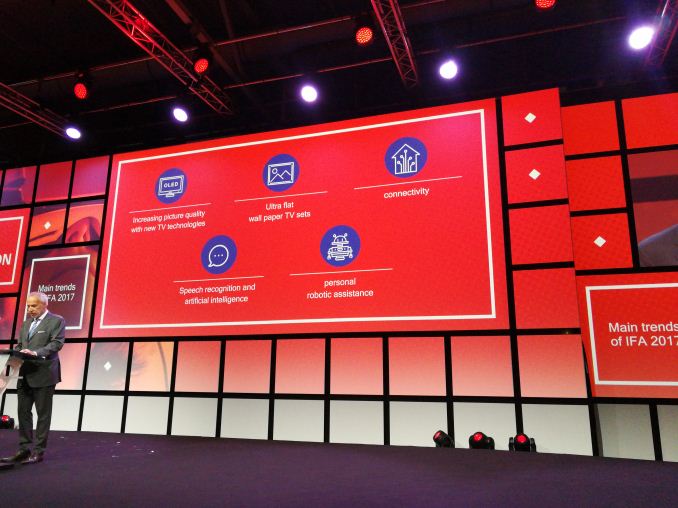 07:20AM EDT - (Samsung is running an HDR10 / UHD summit tomorrow which we might attend part of, and a press event later today) 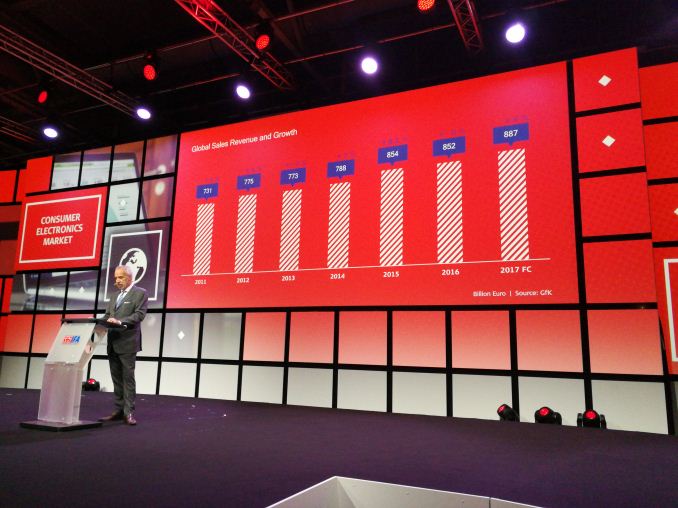 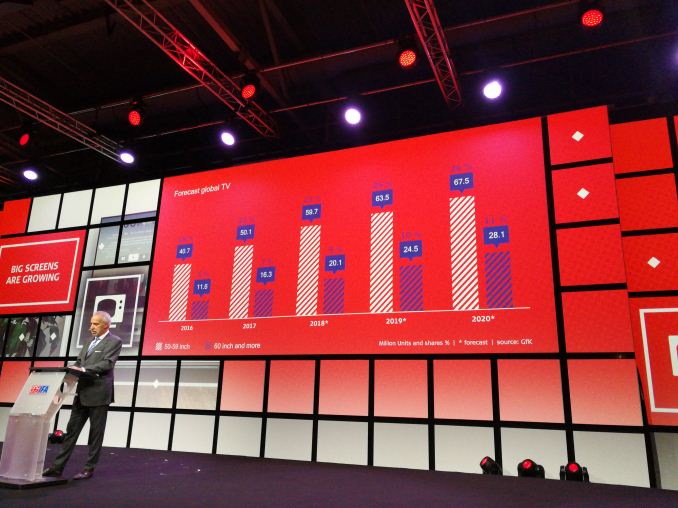 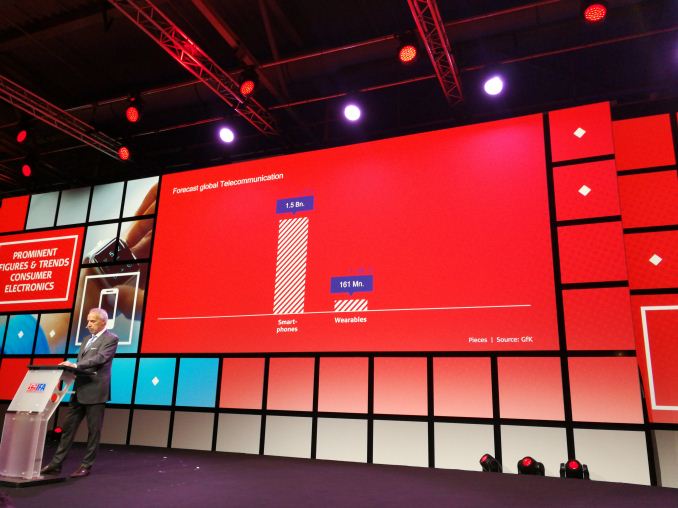 07:30AM EDT - Second speaker, chairman of the household devices division of some German industry body

07:31AM EDT - 'One of the benefits of having home appliances at IFA means the halls smell of fresh coffee and bread due to demos'

07:31AM EDT - It's worth noting IFA is mainly a show for the public, so bringing in people to see the appliances available today/in the future

07:35AM EDT - The emphasis over the last few years has been towards the high-end, more efficient appliances

07:36AM EDT - Merging high-end appliances with connectivity has been a key topic at IFA

07:38AM EDT - (this is where I should mention something about botnets and security)

07:43AM EDT - Second speaker done. CEO of the venue now to the stage

07:44AM EDT - 'IFA has grown to be Europe's largest Tech Show from a middling show a few years ago'

07:46AM EDT - 'What you see here at IFA will be on the shelves before Christmas' 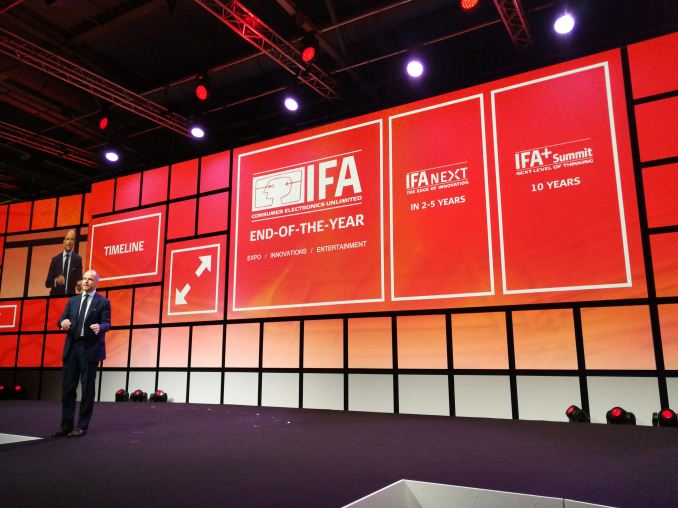 07:48AM EDT - IFA Next has a ton of startups as well as brands with future products (IBM, Amazon etc)

07:48AM EDT - IFA keynotes from Philips, Microsoft, fitbit and Huawei 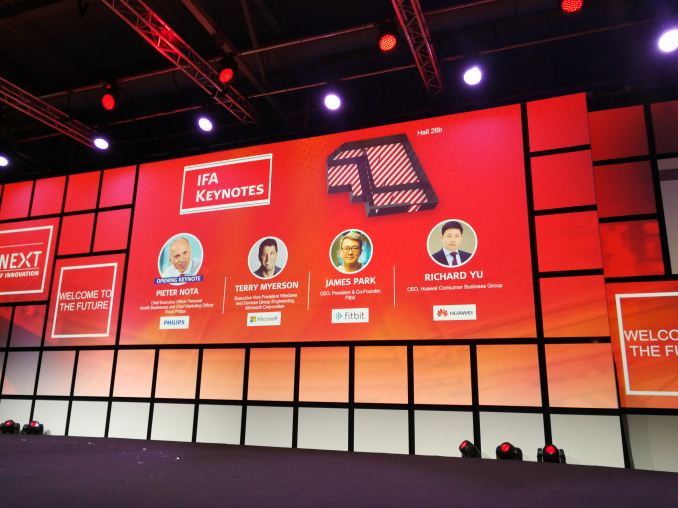 07:50AM EDT - Small videos from other companies not doing keynotes, e.g. Qualcomm

07:50AM EDT - We've got meetings with Qualcomm and Huawei later this week

07:52AM EDT - IFA also has IFA Global Markets, for the supply chain, during the end of IFA. At a different venue 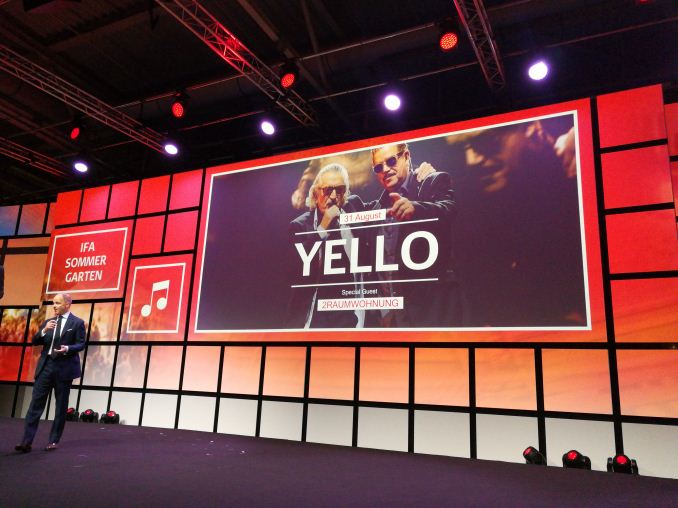 07:54AM EDT - That's three speakers, now for some Q&A. I can only assume Dell is presenting after this IFA bit.

07:55AM EDT - (sorry about this, we were told by our Dell PR rep that the Dell press event started an hour ago in this room)

07:56AM EDT - Q: What are the reasons for the trends in TVs A: Demands for high screen sizes, demand for higher definition content. Users now rate quality as the main reason to buy a new TV

07:57AM EDT - Q: Trends in Home Appliances at IFA A: Energy efficiency and smart home digitialization. These trends are still ongoing, and they'll stay trends for a quite a while

08:00AM EDT - Q: Why did IFA grow +70% in the last three years? A: We have grown double digit every year for 10 years. Main reasons are that we are thriving in new markets, and this business is driven by the people. We depend on our people to seize the moment and discover market openings and see new business models - so keeping the talent and growing the talent is key.

08:07AM EDT - Q: How does Germany compare to the rate of digitalization in the US? A: Sure there other countries above Germany, we are 11th. But it is a combination of industry involved with the sectors and products and this is a multi-year march. In some areas Germany is quite ahead. However sometimes politics are involved, but consumers also want to have a need (you can't legislate to force people to upgrade). So not always old appliances are being changed if new ones are purchased. Major domestic appliances are built to last a long time with a long upgrade cycle - in Germany this is average 12 years, while companies build for 20+ years, so there is no reason to upgrade until it breaks down. It isn't like a smartphone, large appliances are a different story. But in terms of engineering, Germany is ahead.

08:09AM EDT - Q: How can IFA be considered 'world-class' when there is insufficient spaces and facilities to work for journalists? A: For this year, we expanded our Media Center by 3x for desks and facilities. So for things for lockers, we've worked with security measures to manage this for press and also for the public that attend the show. We are fully booked for exhibitors for floor space, so there was demand to shrink the press areas for more exhibitors.

08:13AM EDT - Q: With IFA bursting at the seams, how can you expand? A: The building next door has been out of use for 3 years but has been used for refugees until last week. There will be decisions made on that building over the next few months, but there is currently no impact to IFA. Long term we are looking at solutions to grow.

08:14AM EDT - Hall 27 is being constructed as well, 'City Cube'. Should be available from 2019 for additional exhibition space.

08:18AM EDT - Q: Drones are a big talking point in the US, but was not mentioned in the presentation. A: The market is still developing and there have been several years of drone manufacturers at IFA. We have leading drone manufacturers from Germany and worldwide: 1.25m drones sold in Germany so far.