ASRock has introduced its flagship motherboard for Intel’s upcoming Core X series HEDT processors. The Fatal1ty X299 Professional Gaming i9 packs about everything that that is possible, including advanced VRMs, multiple PCIe slots, a Wi-Fi module, as well as a 10 GbE port. Despite being extremely feature-rich, the new product is not going to be too expensive.

Since Intel’s new X299 platform supports a very diverse range of processors that cost from sub-$300 all the way to $1999, makers of motherboards are trying to address different setups with their products accordingly. Some X299 platforms can be considered as “entry-level” (of the ultra high-end) based on their moderate feature set, others may be considered as mid-range and the most advanced models fit into the “extreme” or “workstation-grade” category for prosumers who need every bit of performance they may get. The ASRock Fatal1ty X299 Professional Gaming i9 belongs to the latter category and is thus aimed at systems without compromises that run processors with 10 or more cores, feature multiple graphics cards, up to a dozen of storage devices, and so on. 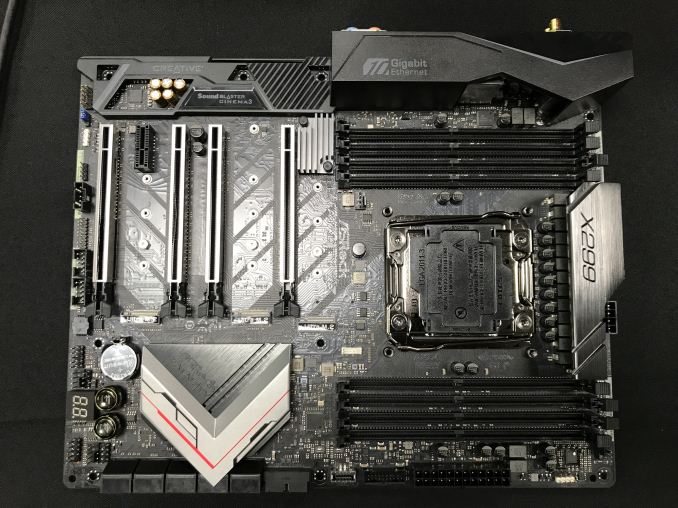 One of the important features of the ASRock Fatal1ty X299 Professional Gaming i9 is its 13-phase digital VRM that uses high endurance coils as well as solid-state capacitors and designed to ensure high overclocking potential. ASRock claims that this PWM can handle 720 A and deliver up to 1300 W of power, which is well above any CPU can consume (or survive). 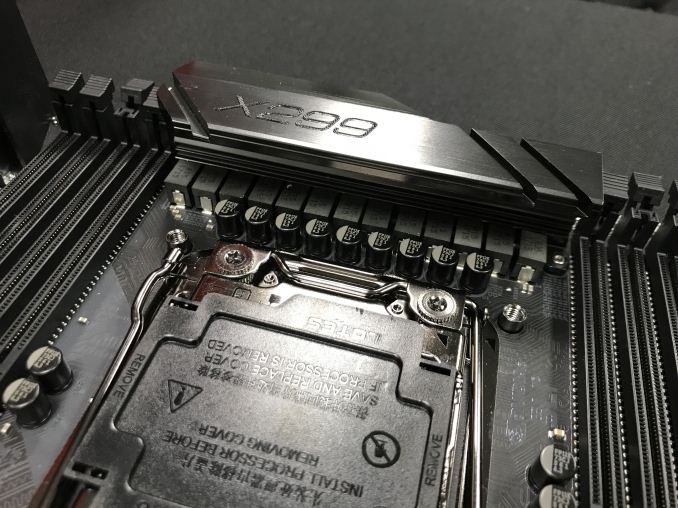 The motherboard carries eight DDR4 DIMM slots and the manufacturer supports memory overclocking up to DDR-4400 and beyond. Previous-gen Intel Core Extreme (Broadwell-E) processors could not run DDR4 at extreme data transfer rates in quad-channel mode and it isn't clear whether the new multi-core Skylake-X will handle DDR4 at 4000+ GT/s in quad-channel mode. However since the X299 platform also supports quad-core Kaby Lake-X CPUs with a dual-channel memory controller that can handle high memory frequencies, support for high DDR4 frequencies may prove especially important for Kaby Lake-X.

Another key selling point of the ASRock Fatal1ty X299 Professional Gaming i9 is the the Aquantia AQtion 10 Gb/s Ethernet controller (presumably the AQN-107) that also supports 2.5G and 5G operation. Installing this specific controller on a motherboard that is priced significantly below $500 makes a great deal of sense, as 10 GbE infrastructure (routers, switches) is still very expensive for most users (even those who buy Intel Core X-series CPUs), whereas 2.5G and 5G equipment promises to be a lot cheaper. Whether or not the owner of the X299 Professional Gaming i9 plans to invest in 10 GbE hardware, they will be ready for everything faster than GbE, and that adds value to the motherboard. In addition to the 10 GbE port, the mainboard also has two GbE headers enabled by controllers from Intel. For scenarios when wired connections are unavailable, the motherboard has a 2×2 802.11ac Wi-Fi + Bluetooth 4.2 module (based on an Intel controller).

Next up is expandability. The Fatal1ty X299 Professional Gaming i9 has four PCIe 3.0 x16 slots (2 × x16, 2 × x8): three can be used for graphics cards running in AMD CrossFireX or NVIDIA SLI multi-GPU mode, the fourth can be used for an SSD or any other device. Besides, the board has 10 SATA 6 Gbps connectors for systems that need a huge number of SATA storage devices.

When it comes to connectivity, the Fatal1ty X299 Professional Gaming i9 has something to brag about even beyond its vast networking capabilities. The motherboard uses ASMedia’s latest ASM3142 controller that is backed by a PCIe 3.0 x2 connect (instead of x1 in case of the ASM1142) and thus offers higher bandwidth than its predecessor. In total, the board supports eight USB 3.0 Type-A ports, six USB 2.0 connectors, two USB 3.1 (Gen 2) receptacles (Type-A, Type-C) as well as one USB 3.1 (Gen 2) header for a USB-C port on the front of the PC that can deliver 36 W of power. Finally, the platform has a 7.1-channel audio sub-system (enabled by the Realtek ALC1220 controller) with the Sound Blaster Cinema 3 software enhancements by Creative. 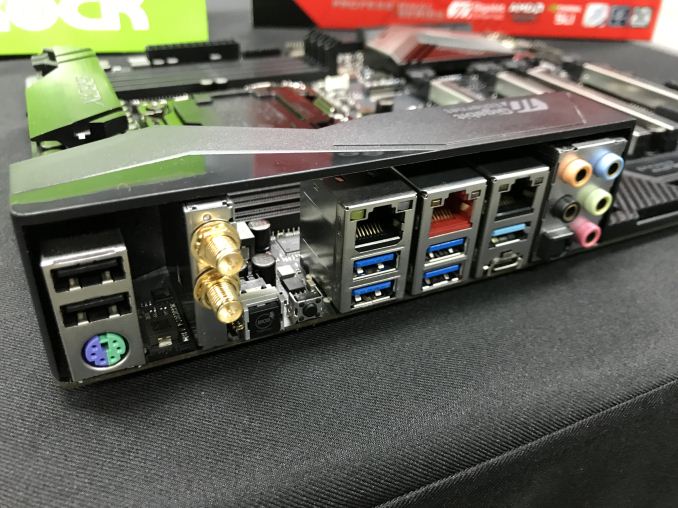 The ASRock Fatal1ty X299 Professional Gaming i9 will be available in the coming months for about $350. For those, who don’t need a 10G Ethernet port, 36 W power delivery on the front USB-C port and some other minor things, ASRock will offer the X299 Taichi motherboard that uses the same PCB, but without the aforementioned features, at around $300. 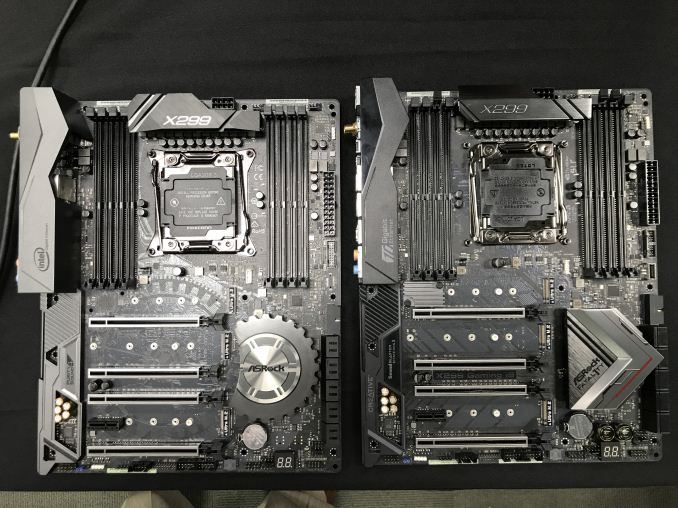