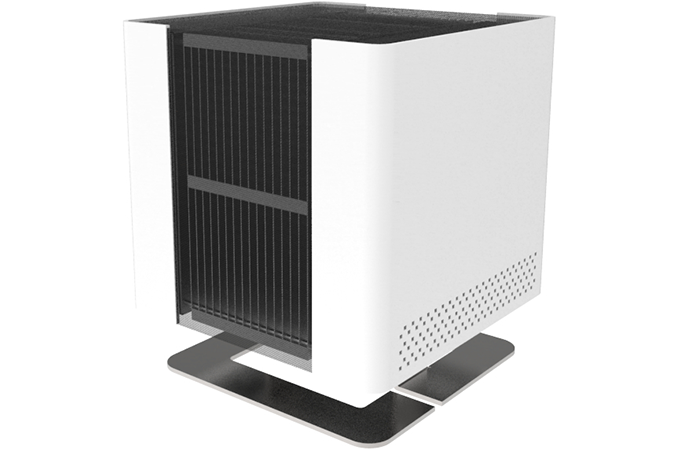 Calyos plans to display its first passively cooled small form-factor gaming PC at CES early next month. The NSG Cube promises to pack an Intel Core processor as well as a GeForce GTX 1060 graphics card to offer a decent level of performance in games by a system that produces absolutely no noise.

Apart from performance, a lot of gamers nowadays demand computers in compact form-factors and even more people want their systems to be quiet. Developers of key components of PCs understand their customers, which is why companies like AMD, Intel, NVIDIA introduced very power-efficient CPU and GPU architectures as well as SFF designs in the recent years. Meanwhile, it is hard to wed a small form-factor with passive cooling: the former needs airflow and the latter needs either large radiators or liquid cooling (which means large radiators in the end). Apparently, this is exactly what Calyos is trying to do with its NSG Cube.

At present, the amount of information that we have in hand (thanks to FanlessTech) is scarce. What we do know is that the system is based on the ASUS Z170I Pro Gaming motherboard in a Mini-ITX form-factor and uses the ZOTAC GeForce GTX 1060 Mini-ITX graphics adapter. The passively cooled SFF PC will have TDP of 200 W, which is not a lot and given the fact that the video card has TDP of 120 W, this leaves 80 W for the CPU (no overclocking here), PCH, DRAM, SSD and so on. The NSG Cube is designed to be small but uses aluminum radiators to cool down its components. At this point Calyos has not stated if the power supply is internal or external - given the use of the ASUS motherboard, we would suspect an internal unit, either SFX or proprietary.

Calyos will demonstrate its NGS Cube at CES in early January. Pricing and ETA of the system are unclear at this point, but the PC will be available commercially.