The iPad 2 and iOS 4.3 Announcement

Those of you hoping to get some information on iOS 5 today are out of luck - you'll probably have to wait for the iPhone 5 announcement before you see the true next-generation iOS. iOS 4.3, which requires the newly released iTunes 10.2, adds some new features to the now-familiar iOS 4 without changing much else.

The first thing you should know about the next iOS update is the list of supported models - Apple lists, in additon to the iPad 2, the original iPad, the iPhone 3GS and 4, and the third- and fourth-generation iPod Touch. Missing from this list are the iPhone 3G and the second-generation iPod Touch, which won't be supported by any iOS update past 4.2.1. The CDMA iPhone 4 is also excluded from the 4.3 list, although Apple hasn't provided any reason as to why it's not included.

This information might sting a bit for owners of these devices, but it certainly isn't surprising. The iPhone 3G missed out on many of iOS 4's banner features - multitasking and home screen wallpapers being chief among these - and performance has been notoriously poor on these older devices, though the 4.1 and 4.2 releases did improve the situation to some degree. It's too bad that Apple can't deliver new software updates to all of its users indefinitely, but it's understandable that they don't want to hamper newer devices' feature sets in order to maintain support for devices with 128MB of RAM and sub-500MHz processors.

Now that you know what devices won't be supported, let's talk about the features that supported devices should see when the new update hits on March 11th. 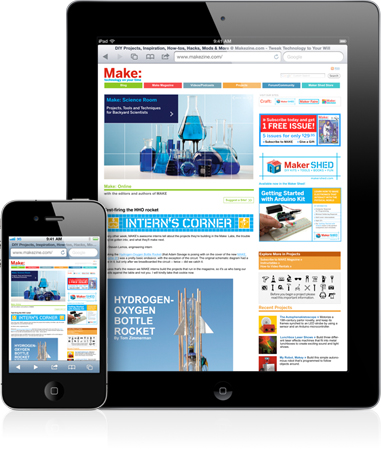 All supported devices should see a tidy increase in JavaScript performance in Safari - Apple claims that its new Nitro JavaScript engine is twice as fast as the old one. It's not a consolation for those hoping for Honeycomb's true tabbed browser, but it should improve the experience for anyone already used to Web browsing in iOS.

AT&T iPhone 4 users will also get the Personal Hotspot feature included on the new Verizon iPhone - contingent on AT&T's support for the feature, they'll be able to share their phone's 3G data connection with up to five wi-fi enabled devices. AT&T's GSM/UMTS network should allow this feature to work even if the phone is being used to make calls, which will be a nice feature for the AT&T faithful.

Next up, users who were discouraged to see the iPad's orientation lock become a practically useless mute switch at the onset of iOS 4 will now have the option to make it an orientation lock once again. There's not much else to say about this one.

The last feature I want to talk about is the one that I'm the most excited about, personally - people will finally be able to stream their iTunes libraries to their iOS devices over their wi-fi networks, just as they've been able to share their libraries with other iTunes users for years now. It may not matter much to users with higher-capacity devices, but this forehead-slappingly simple feature is going to be awesome for me - I can finally access all of the music from my 40+ GB iTunes library on my 16GB iPhone while I'm wandering around the house, and I couldn't be happier about it.

iOS 4.3 further improves iOS 4, but it doesn't really address the underlying problem with iOS - it's becoming a bit dated, and that some of Honeycomb's interface improvements make Android tablets more usable for heavy multitaskers without negating the elegance of an all-touch interface. This is understandable, for now - many Apple users are perfectly happy with iOS 4, so why rock the boat? - but I'd like to see some more drastic changes in iOS 5, especially given how multitasking-oriented the new hardware is.

GarageBand and iMovie - iLife for iPad

One of the most common criticisms of the iPad is that it is designed for media consumption rather than creation - if you want to look at web pages or photos or movies, it's great, but if you're in the business of making any of those things, it leaves something to be desired.

I believe that this problem is endemic to tablets - any device that is mostly screen is going to lose to something that accepts more versatile input devices - but Apple is moving to remedy some of those complaints with new apps based on its iLife suite.

iMovie appears to be a relatively full-featured movie editor that can work with movies stored on your iPad or with movies you capture with the device's built-in camera.

iMovie for iPad supports exporting to YouTube and to iTunes, among other services, and gives you access to a range of transitions and sound effects, to boot. Expect it to deliver a good amount of the Mac version of iMovie's functionality, though you certainly won't be able to replace your MacBook with a tablet just yet.

Most of these statements also apply to the iPad version of GarageBand, a simplified version of the iLife app. The iPad app can record up to 8-tracks from recorded audio, loops, or from the app's simulated instruments (touch versions of a drumset, keyboard, guitar and bass guitar are all represented). As with iMovie, serious users will still want to use the desktop version of GarageBand, but the iOS app goes some way toward making the iPad a more usable prodution device.