Google employs more than 20,000 people worldwide and the number of them working on Android are in the single digit percentage range. Google's business is search, but it has always had aspirations of more. Android isn't just a chance to capitalize on mobile search for Google, it's also an opportunity to grab power in the next era of personal computing. If you believe that smartphones will eventually replace mainstream PCs, who wouldn't want to be to smartphones what Microsoft was to PCs in the early 1990s?

Previous versions of Android have been cautious, evolutionary steps along a path to being a more open/flexible alternative to iOS. Starting with Honeycomb (Android 3.0) however, Google began to step out of the shadow of its competitors and really start to define Android as a mobile computing platform. Honeycomb was limited to tablets but its successor, Ice Cream Sandwich (Android 4.0), would bring unification to Android across both tablets and smartphones.

Today we look at both ICS and its launch vehicle, Google's Galaxy Nexus.

The Android vs. iOS Debate

It's very clear to me now more than ever that Apple and Google have completely different goals with their mobile OS strategies. Excluding the unclear strategy behind Chrome OS, Android is pretty much Google's primary operating system. The unified tablet/smartphone strategy behind Ice Cream Sandwich makes sense because for Google to succeed in the OS business it needs to deploy Android on everything from smartphones to notebooks. We've already seen the strengths in having a smartphone platform with a strong app ecosystem. Things become even more appealing if you have a phone, tablet and PC that all run the same OS and apps. As Android is Google's one-size-fits-all operating system, it needs to have a broader and slightly more ambitious focus than iOS otherwise it risks losing the race in the long run.

Apple is in a different position. It already has a successful desktop/notebook OS that is continuing to grow. While iOS has been a runaway success for Apple, the Mac OS X platform is a solid option for any user who needs more than their iPhone or iPad can provide. The two OSes may converge or at least borrow heavily from one another, but in the interim they can remain independent. If you need more of a computing experience Apple is happy to sell you a Mac. If you want the it-just-works appliance experience in your phone or tablet, Apple has a whole bunch of iPhone/iPad configurations to offer you. 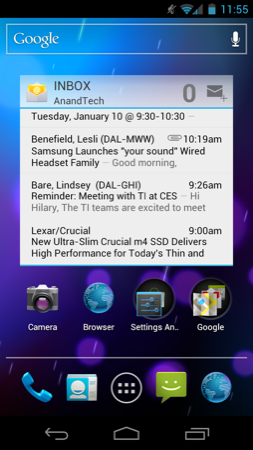 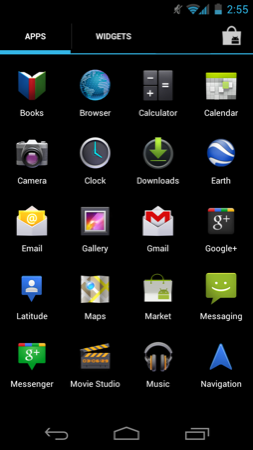 ICS isn't a step towards iOS. If anything it proves that Google is committed to its own trajectory. Android is an OS that, although more closed than many would like, still allows more flexibility than iOS. You can sideload apps not purchased in the Market. The file system isn't completely hidden from you. You can even override the default zoom level on web pages. Apple and Google both pour tons of time and research into figuring out the best way to do something. And, to be honest, I feel like Apple generally does a better job of "getting it" for the very mainstream consumer. Rather than attempt to make the perfect mold however, Google gives you one that's a bit more flexible.

I've said this before but I do believe that Apple is trying to deliver more of an appliance experience, whereas Google is providing you with a modern take on a traditional computing experience. If the appliance is a smartphone, then both approaches are equally capable - it's just a matter of personal preference.

What's new in ICS really falls into one of three categories:

Nowhere in this list is a fundamental change in the way Android works. I feel that this is a very important point to understand and likely the cause for lots of disagreement when it comes to just how impressive (or not) ICS is.

ICS is smoother, more polished and has its own set of new features that make it a significant step forward for Android. What ICS is not however is an outright clone of iOS. If you prefer the iOS experience to Android, ICS will do nothing to change your opinion. If all you were missing from Android was a smoother UI, then its fourth major release should be almost everything you could ask for.