HP has introduced its new premium Omen-branded premium gaming peripherals: the Omen Photon mouse as well as the Omen Outpost mousepad. Featuring a sensor with a precision range of up to 16,000 DPI, the ambidextrous wireless Omen Photon mouse promises to offer an ultimate precision for this class of device. Meanwhile, the Omen Outpost Qi-featuring charging mousepad promised to keep the Photon charged at all times. In addition, HP also announced its Omen line of clothing. 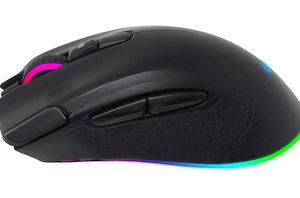 Viper Gaming, the gaming peripheral arm of memory giant Patriot, has released two new gaming mice based on Pixart Optical sensors, the V550 and V551. The V550 features an...