Intel Updates the NUC at CES 2015 with Broadwell-U

The big topic going in to CES was the launch of Broadwell-U, Intel’s 14 nanometer 5th generation Core products for laptops, mini-PCs and all-in-ones, with rated TDPs of 15W and 28W and the new Generation 8 graphics onboard. Into the mini-PC category falls the NUC form factor, invented by Intel a number of years ago. The NUC, or ‘Next Unit of Computing’, provides a chassis, motherboard, processor and fan with the user or system integrator to add in their own storage and DRAM, all with the aim of building something that can be VESA mounted to many compatible monitors on the market or just run as that small device on the desk. At CES 2015, Intel is updating its NUC range from Haswell-U to Broadwell-U. 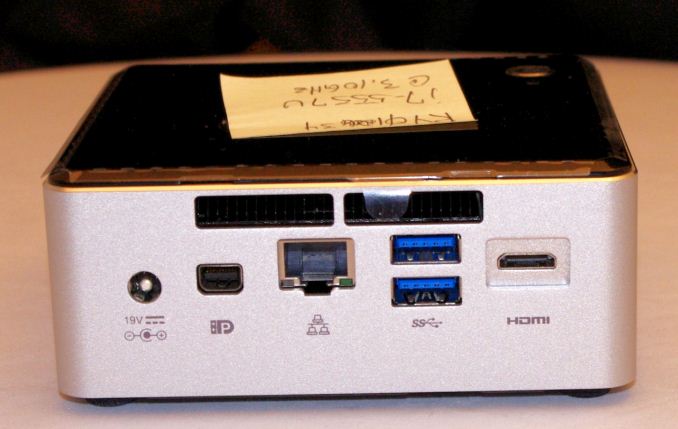 15W is not really suitable for fanless without increasing size, so the NUC comes with a fan in the i3, i5 and i7 configurations, supporting up to HD 6000 graphics (48 EUs). Connectivity will come as a gigabit Ethernet port, two USB 3.0 ports, a micro-HDMI and a mini-DisplayPort, offering a full 4K implementation. 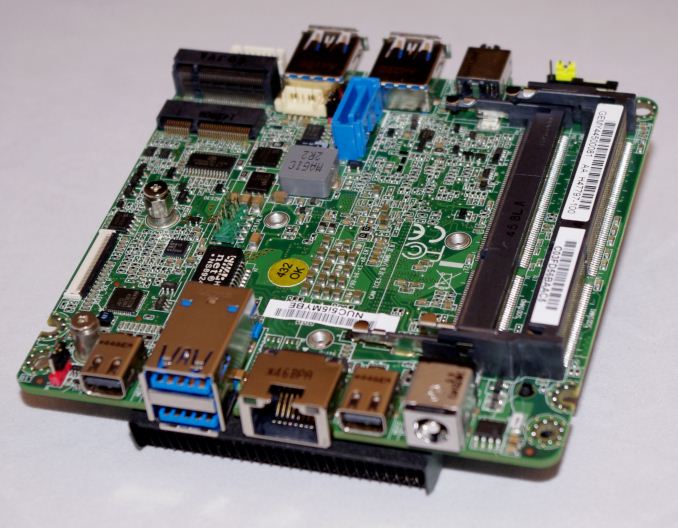 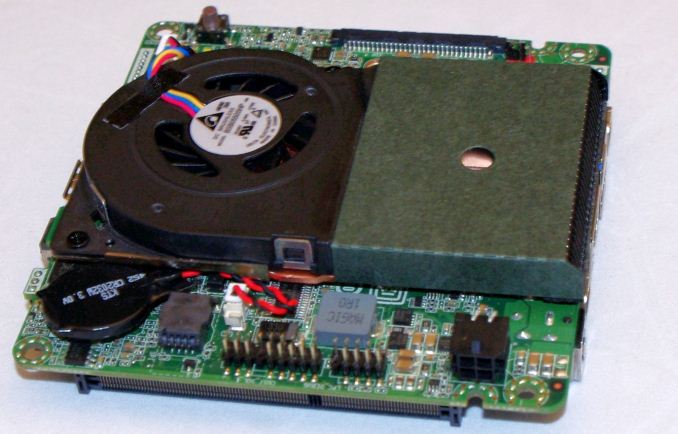 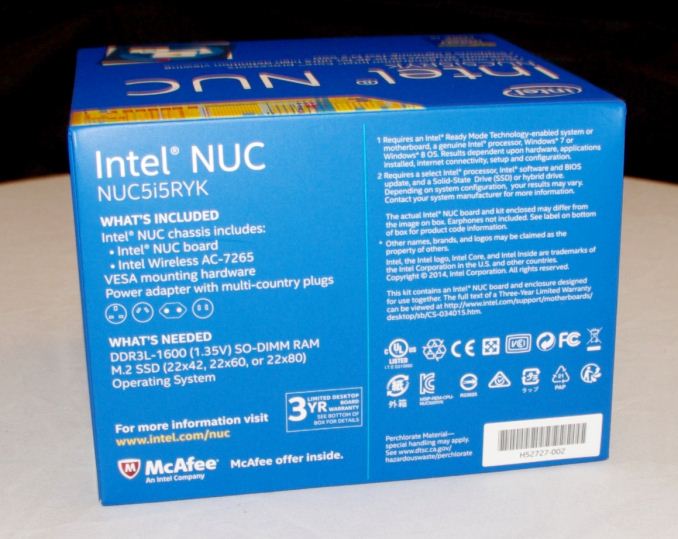 In this i5 model packaging, the dual band dual stream AC-7265 is bundled onboard as a pre-soldered M.2 1216 package, with the module itself offering lower power consumption than the AC-7260 which is what we have seen in the desktop space for the past year. 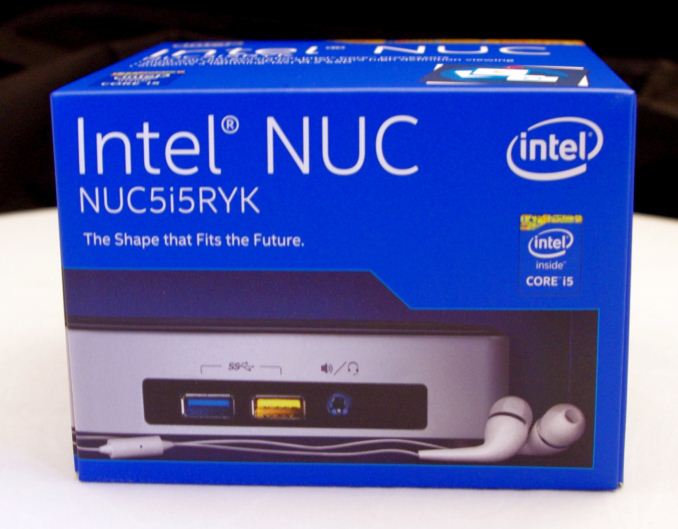 The unit also gives a fast charging USB 3.0 port in yellow. We asked about USB 3.1 support on future NUCs, but in true Intel style they were not giving anything away. For the NUC team to move into USB 3.1, it would make more sense when the standard moves onto the chipset of the SoC, which might be a couple of generations away. 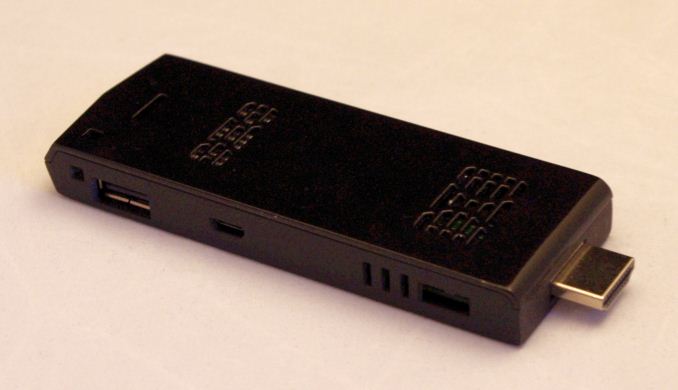 Also for release is this Bay Trail-T system with Windows on a stick. It directly attaches to a TV or monitor through the HDMI and uses a separate USB cable from the device to the monitor for power. Under the hood is 2GB of DRAM and 32GB of eMMC which equates to a full system in a form factor barely bigger than your thumb.

Our recent Bay Trail coverage with the HP Stream 11 at $199 and the J1800N motherboard puts an expectation of price level for these new systems, especially in terms of expectation of performance against what is possible. With this new device Intel is aiming for the $149 price point, which compared to the HP Stream 11 with a keyboard, screen and Miracast might seem like an average deal for home use, Intel is aiming to market this at the digital signage and the point-of-sale markets.