The obvious big distinction between Galaxy Gear and the rest of the smartphone market is the inclusion of a camera module with auto focus in the wrist band. Initially I thought this would be something terrible and a novelty at best, but the Gear actually produces surprisingly decent photos considering its size and resolution (just 1392x1392 square). The module does stick out of the wrist band a notable amount, and I’d be concerned about longevity over the course of the Gear, as I normally hit my wrist on things during the course of a normal day, but it does work. 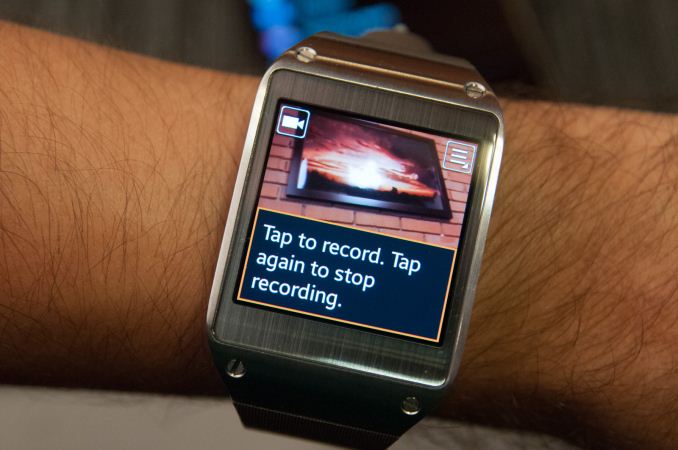 The camera interface on Gear is very simple, just tap to focus and capture anywhere, and the capture routine runs. I've included a number of photos of the interface in the hardware gallery starting here. At the top left is a switcher between stills and video, and top right gives you shortcuts to imaging settings, including between a 1:1 and 4:3 mode for the still camera (1:1 gives you the full sensor area it seems), and focus mode (auto or macro). In video mode you can select between 1:1 and 16:9 video resolution settings, which work out to 640x640 or 720p respectively. I’ve made copies of the video samples I took at the bench location available both on YouTube as shown below and on our own servers zipped up, both 720p and 640 square.

You can record a maximum of 15 seconds of video at a time, and store a maximum of 50 images and videos on the Gear at one time. There’s also no ability to disable the camera shutter sounds, which is probably a good thing considering its potential for creepshots, but the speaker at the bottom is easily silenced with a finger.

It’s kind of amazing to be able to get anything out of a camera that fits into the strap of a watch, so I won’t complain about imaging quality a whole lot. Again I’m impressed at what comes out of a camera that fits into this form factor. Also shooting from the wrist often means shooting from waist level, which means different perspective that forces you into taking some shots you wouldn't take otherwise. I'm a fan of wearables with camera if nothing else because they force me to take photos that aren't eye level, and those different heights and positions are where some of the most interesting or out of the ordinary photos are photographed from. I guess the Gear could also be perfect for corporate espionage, at least until more people start recognizing the fact that there's a camera on your watch, but I digress. 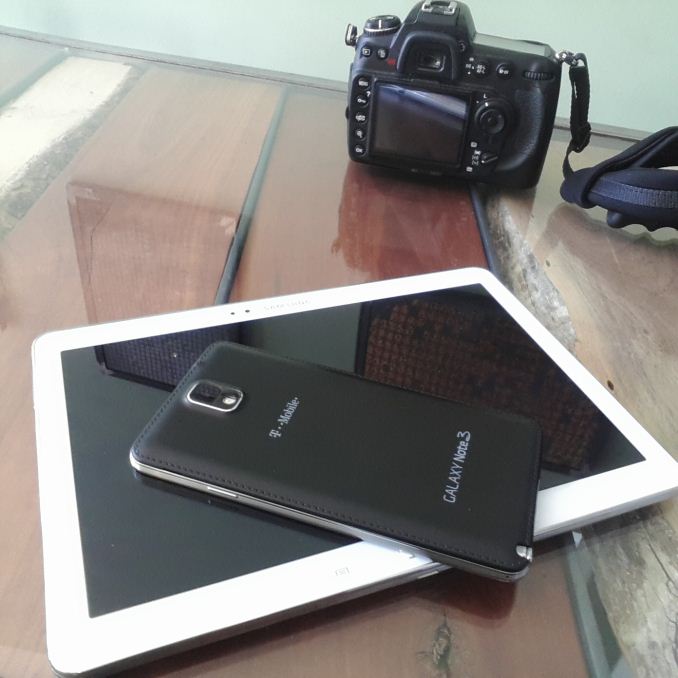 My only concerns with the Gear are really just interface related – I took a lot of photos on accident since the swipe down gesture used for back also will get you to the camera and take a photo, literally every road leads to taking a photo in the Gear interface with that back swipe. The other issue is that getting the images off of Gear is cumbersome, you have to transfer them through the gallery to the attached phone, and then delete them all to get around that 50 photo or video maximum each time.