As both the PCS+ HD7870 and the IceQ Turbo 7870 ship with an identical core overclock and similar memory clocks, the performance of the two will be nearly identical. The PCS+ has an edge (however slim) in all situations, but as we’ll see there’s very little separating the two cards when it comes to performance. 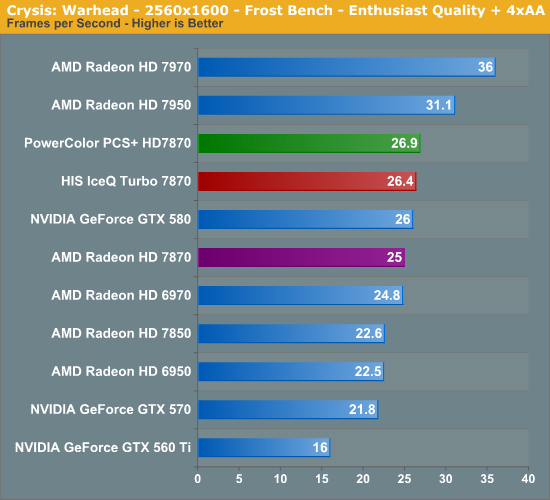 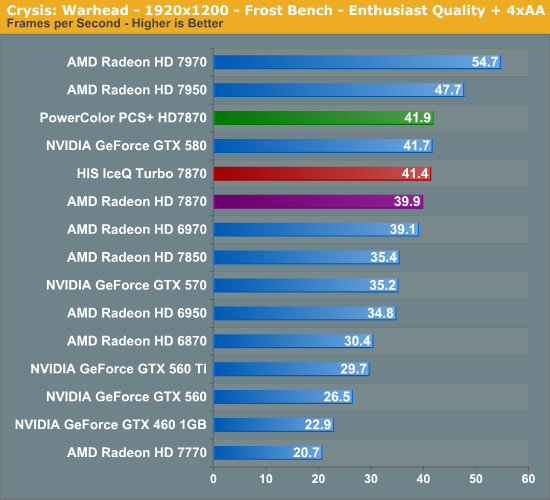 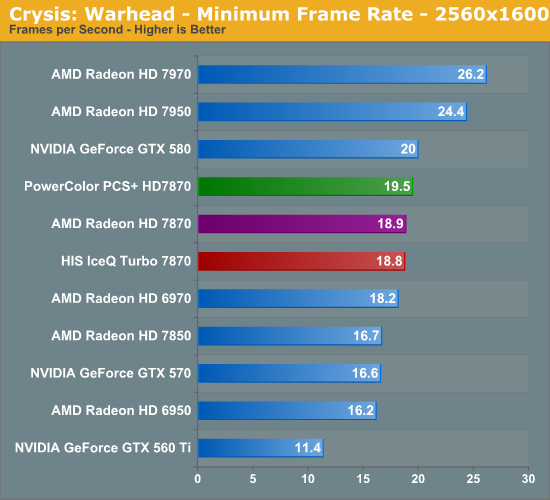 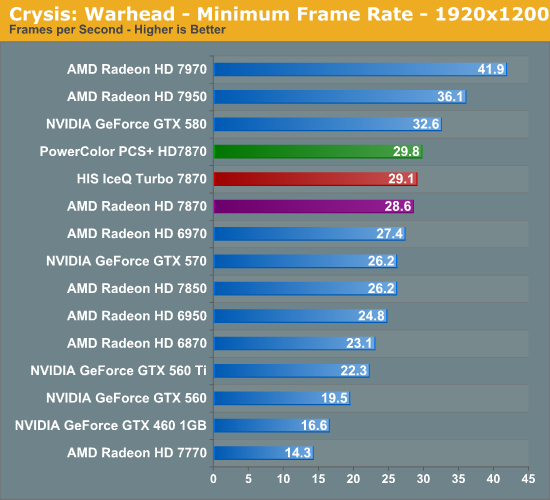 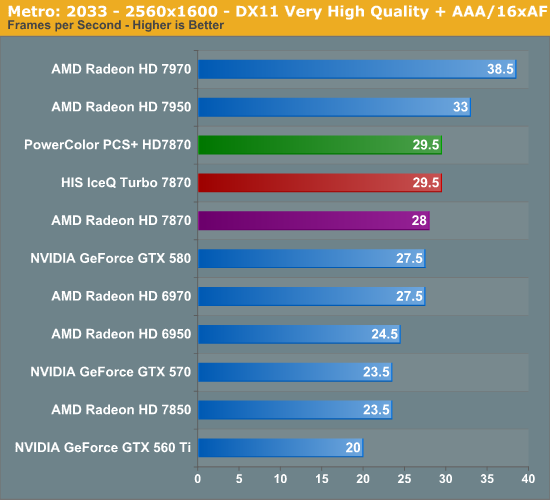 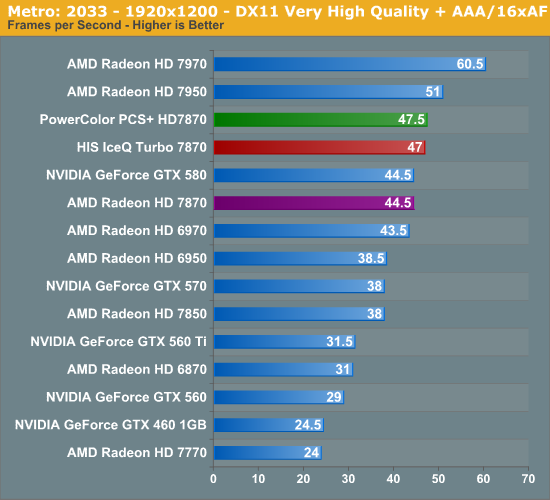 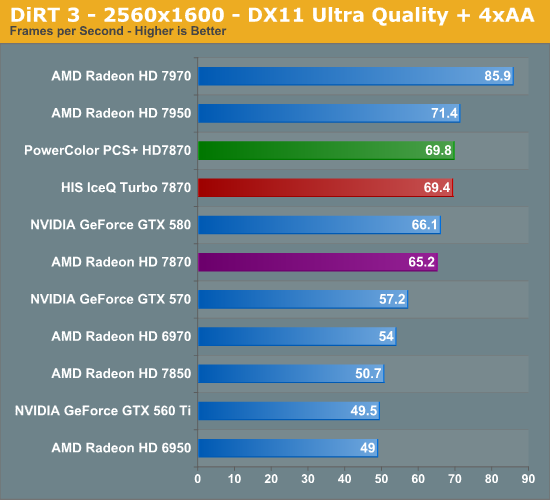 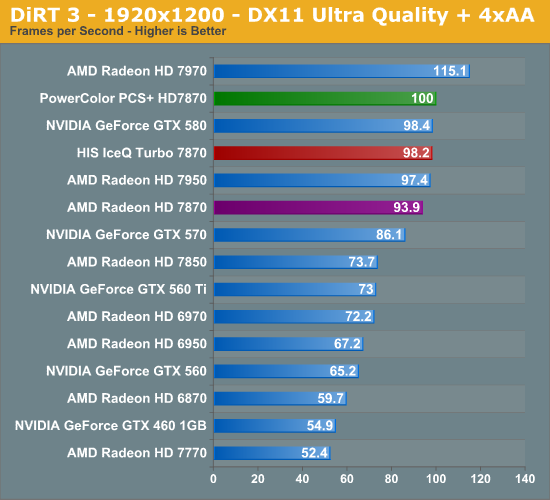 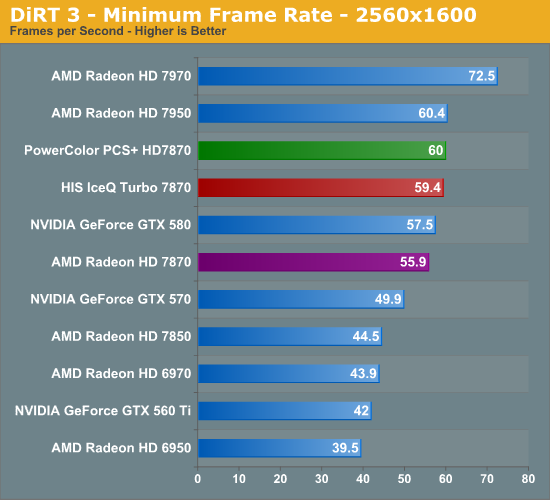 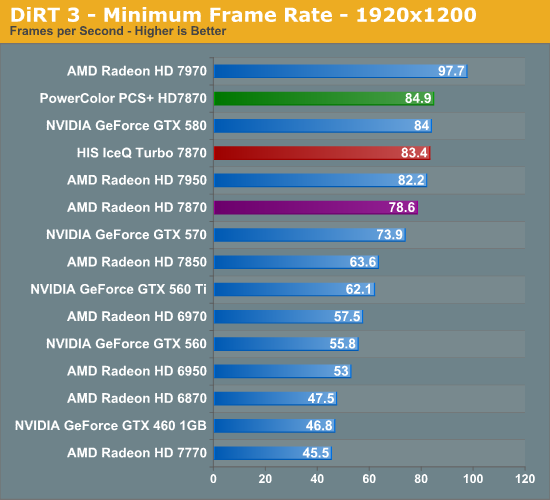 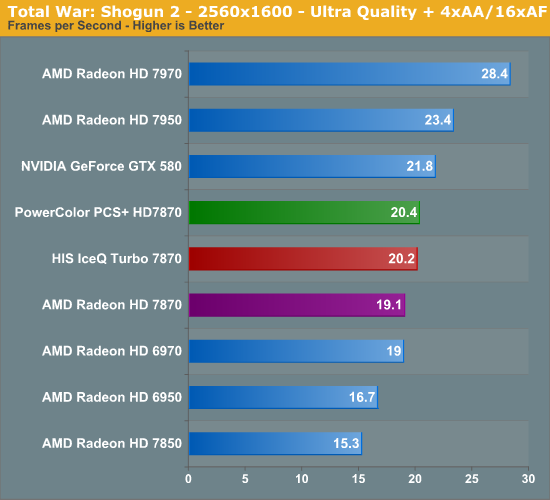 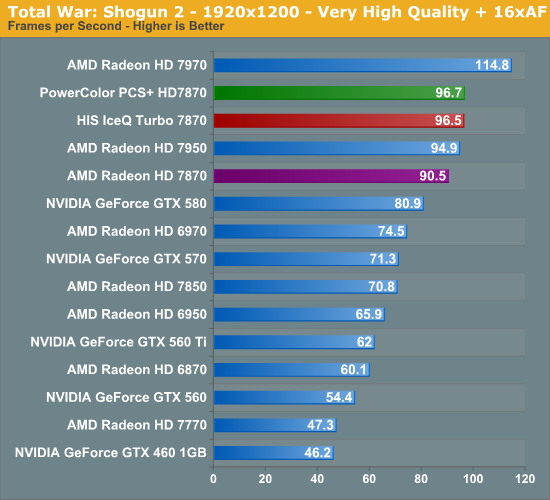 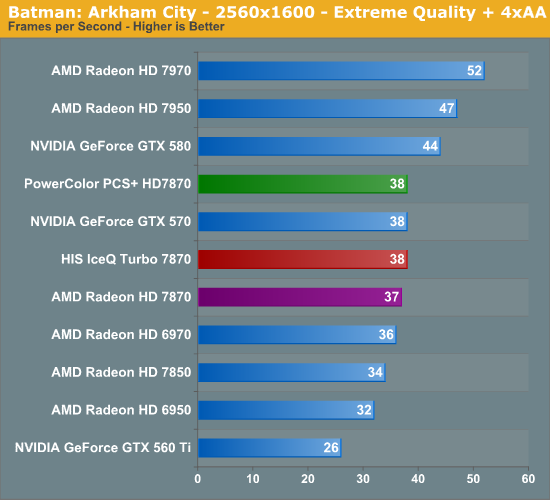 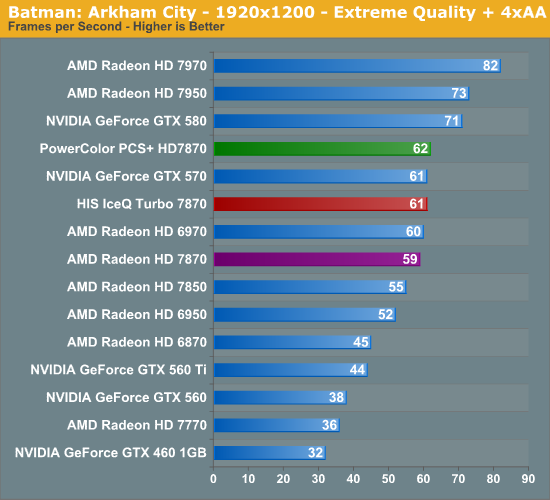 Interestingly, because of the same frontend & ROP reasons we saw the 7870 do so well relative to the 7950 in our initial review, these factory overclocked cards do one better. Both cards overtake the 7950 at times, such as under DiRT 3 and Total War. More interestingly perhaps is that with the 7870 already nipping at the GTX 580’s heels in these games, the overclocked cards also regularly surpass the GTX 580 in 3 out of the 5 games so far.