Samsung is doing something interesting lately. Instead of outright releasing Galaxy S 2 in the US, each carrier is getting a mid-cycle refresh of the Galaxy S with 4G compatibility and more recently Super AMOLED Plus. T-Mobile was first with the Samsung Galaxy S 4G, then came the Droid Charge on Verizon which we’re looking at now, and finally AT&T got the Samsung Infuse 4G. The latter two have Super AMOLED Plus displays and different basebands. Right now we’re looking at Verizon’s second 4G LTE device, and the first to earn the ‘Droid’ level branding - the Samsung Droid Charge. 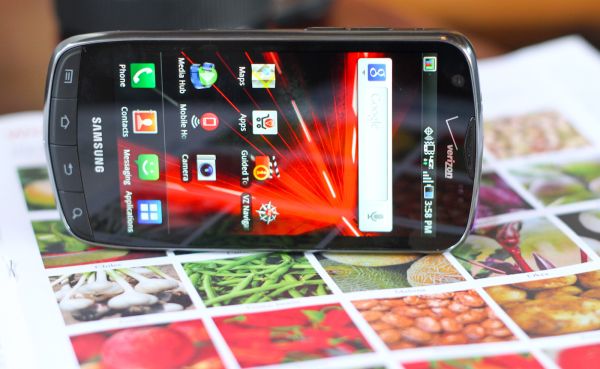 The Droid Charge (henceforth just Charge) is an interesting mid-cycle refresh of the Samsung Fascinate (which we reviewed back when it came out), retaining much of the handset’s core features. Notably, both run Android 2.2 and are based around a 1 GHz Samsung Hummingbird SoC with SGX 540 graphics. Where the two differ is the inclusion of 512 MB of LPDDR2, a 4G LTE baseband, front facing 1.3 MP camera, and 4.3” WVGA Super AMOLED display. There are other differences such as more storage both internal and external, but the primary difference is inclusion of 4G LTE and that huge display. 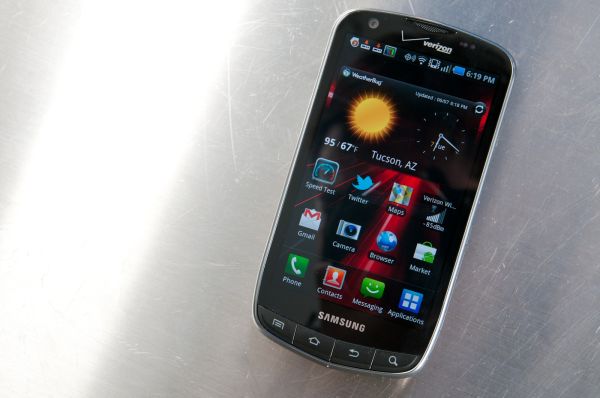 The Charge’s industrial design is a bit unique, resembling something of a cross between the iconic B-2 Spirit stealth bomber and a Nexus S. I’m not sure I’m a huge fan of yet another design that clearly is inspired by radar-deflecting angles and the homogenous grey color of iron-ball paint radar-absorptive material. It’s just a totally tired design direction. The device is ringed with chrome (a common Galaxy S motif) and is slightly angled up in the front. 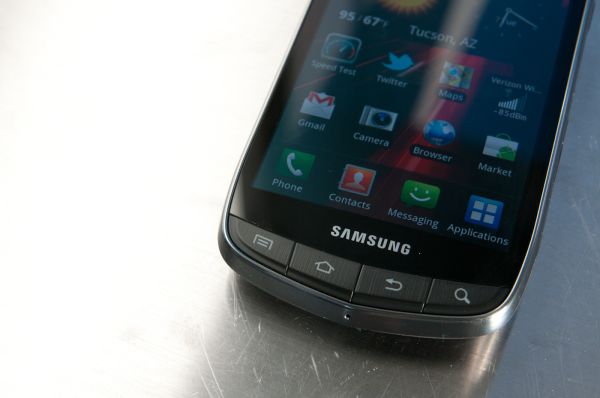 There’s an angular point in the front middle where the microphone port is, and below it a small space to shove a thumbnail into and remove the battery cover.

This angular motif is continued everywhere on the Charge - the earpiece grille up at the top matches it with a similarly shaped triangle, and on the back the chrome ringing the camera and flash also has an angled style. It all kind of comes off in a way that makes the Charge feel masculine, but at the same time carries a bit of prepubescent opulence. 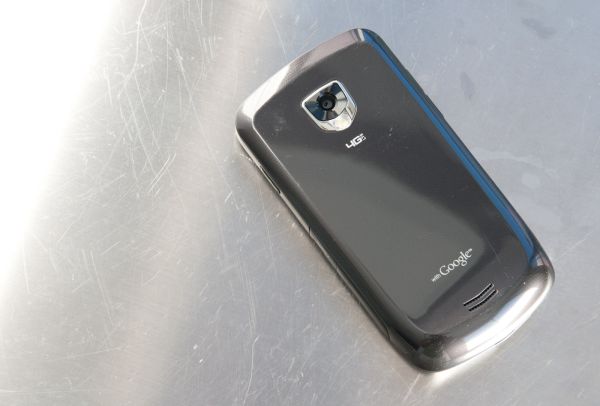 The Charge reminds me a lot of the Nexus S because of its bulge on the bottom. The phone doesn’t lay completely flat, instead it rests on three points formed by the upper back and the center of the backside bulge. The speaker slot is located on the side of the bulge and as a result isn’t muffled when the phone is placed face up on a table for speakerphone or conference calls. 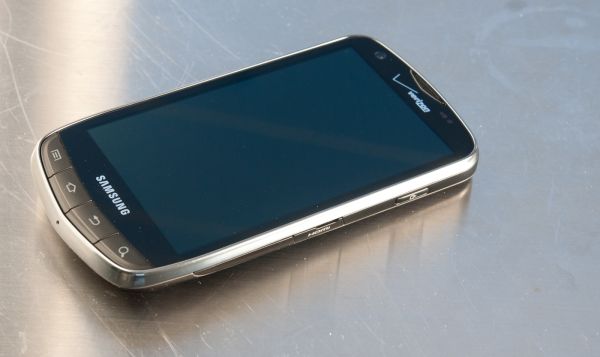 One of the things I haven’t seen for a while (outside of the Droid X and X2) are physical android buttons. The Charge’s four buttons are both adequately clicky and backlit evenly. The four buttons are actually two groups of two, with with the leftmost two and rightmost two buttons each being discrete buttons. You can sort of tell that they’re the same piece, because clicking one moves the other button, but so far I haven’t experienced any errant clicks.

It’s a bit weird using something with physical buttons after months using phones with capacitive – more than once I found myself lightly pressing on the region and then waiting, puzzled why nothing happened. In addition, pressing any of the four Android buttons while the device is off does not turn the handset on, so you can put your fears that hardware buttons will lead to errant in-pocket power-ons to bed. Only the power button does that duty.