Acer’s design ethos for the new Swift 3 would make you think this is a much more expensive device. The 14-inch notebook features an all-aluminum design, offering a much more premium feel than what you’d normally expect on a notebook in this price range. At just 1.2 kg / 2.65 lbs, the 14-inch notebook is extremely portable, and with an 83% screen to body ratio, it is easily as compact as a 13.3-inch notebook from a couple of years ago. Acer’s choice of a 16:9 display does mean that the display has a hefty chin, but is almost certainly a choice that was made to keep the device in-budget. 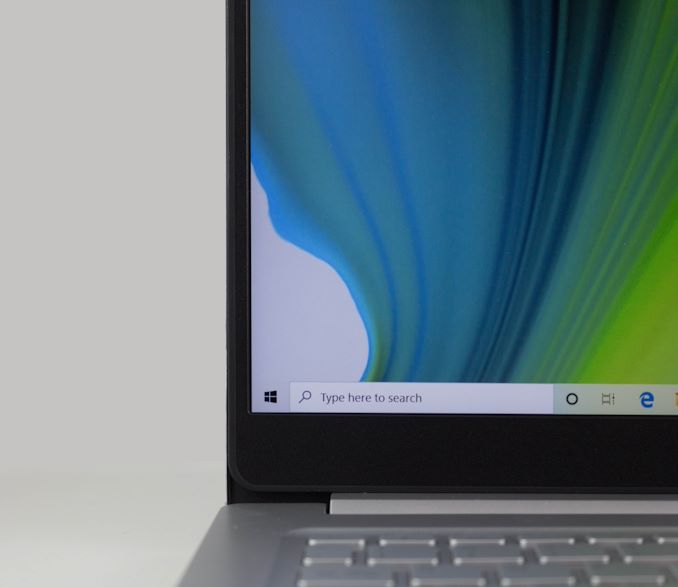 Despite the thin design and the low price, the aluminum chassis is very stout, with little to no flex no matter how you pick it up. Acer has cut in a slot at the front to make opening the laptop easier, although it will not open with a single finger since the hinge is too stiff to allow this. There is no touch support either, so the hinge stiffness does not need to be quite so tight, but it does make for a solid platform once you open it up.

The keyboard provides a great typing experience. The keys themselves have single-level white backlighting, which works well. The white backlighting on silver keys can cause some contrast issues in bright light, but the effect is not as pronounced as it is on some other devices. Typing offers a surprisingly good keyboard feel, with solid keys that have a solid level of pressure and feedback. Acer has the power button as part of the keyboard, which does make it prone to accidentally turning the device off if you miss the delete key, and moving the power button out of the normal keys would be appreciated, but Acer is far from the only manufacturer to do this, and the laptop resumes instantly so even if it did happen it’s not as big of an issue as it was a few years ago, thanks to the new modern standby options built into Windows and the new CPU. 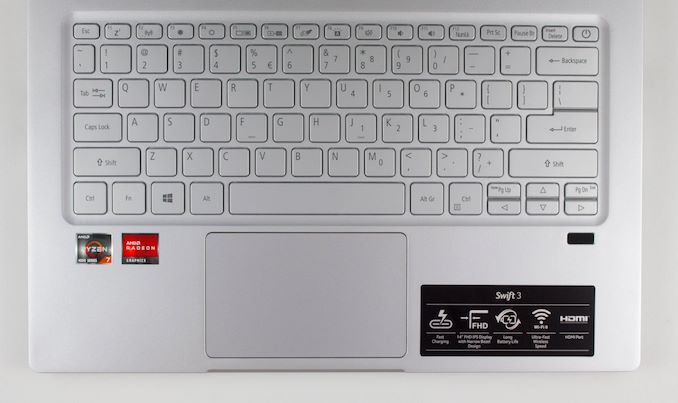 If there was one area where the notebook showcased it was a lower-cost device, it would be the trackpad. Although it offers the Precision touchpad drivers, the material is not as smooth and responsive as some higher-priced notebooks. This is not so much a knock against the device, but a reality of where it is situated in the market. It does offer the expected multi-touch capabilities you’d expect, it just doesn’t quite offer the level of refinement you’d see in more premium notebooks.

Acer has also included a fingerprint reader, which has great response. It unlocks the device in well under a second even if the display is off. It is a nice to see Windows Hello support despite the lower cost of this device, and the chosen reader seems to work very well. There is no IR camera included, and the built-in webcam is only a 1280x720 unit, so do not expect to be the belle of the Teams meeting, but it gets the job done with a properly located webcam in the top bezel.

Acer offers reasonable I/O as well, with a USB Type-C port on the left, which does support power delivery up to 15 Watts output, and support for charging the device via USB-C as well. There is no Thunderbolt 3, but it does offer DisplayPort output. This is in addition to the included HDMI port, and the laptop also has a USB 3.2 Gen 1 port on the left which supports power-off charging, and a USB 2.0 port on the right, along with a headset jack.

Overall, the Acer Swift 3 is a great design, with a modern feel, and premium materials. The 14-inch notebook is compact, thin, and light, and Acer has done a great job with the look and feel of this device. There are enough ports, and the included USB-C port adds the expanded ability to charge as well as I/O. Looking at this device, you could easily mistake it for a notebook that costs hundreds more.