The latest among a surprisingly busy week for PC hardware, Maingear has released a new and improved version of its RUSH gaming system. Catering to the high-end gaming market, Maingear is launching models with both Intel and AMD desktop/HEDT processors. Furthermore the company has partnered with ASUS to certify its RGB LED capabilities for better integration and seamless support through the system.

The latest RUSH systems are built inside the highly customizable Lian Li PC-011D XL chassis. Maingear is also offering a custom painting services which users can have their RUSH system coated in a luxury automotive paint within its custom workshop. Each custom RUSH system is advertised as being hand-crafted and built by a 'single master craftsman' for a unique take which Maingear state as "One man, one machine". 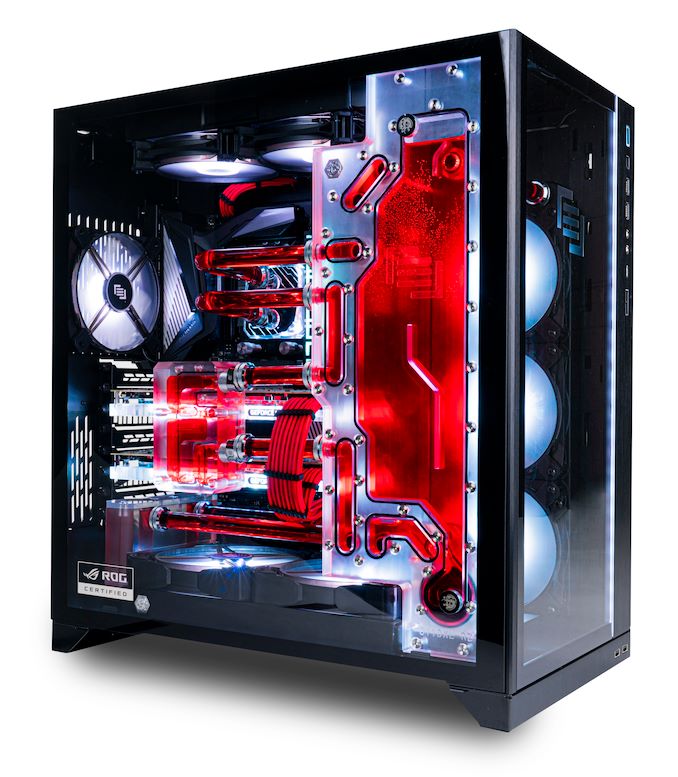 Touching on the specifications, Maingear allows buyers to customize RUSH systems with a variety of CPU and chipset options, with both AMD and Intel systems available. These options range from desktop parts up to the AMD Ryzen 3950X (X570) and Intel Core i9-9900K (Z390), This also stretches to the more powerful HEDT platforms, including the AMD Threadripper series featuring the 3990X (TRX40) and Intel's Core i9-10980XE (X299), which of course bumps the price up massively. Keeping in mind the ASUS collaboration, each configuration of the RUSH regardless of chipset and platform selected is based around an ASUS ROG motherboard, for maximum compatibility with its ROG Aura RGB ecosystem.

For graphics, users can select an AMD or NVIDIA setup including up to dual NVIDIA GeForce Titan RTX 24 GB graphics cards, as well as up to a dual AMD Radeon VII 16 GB setup. As for memory, all setups can be configured to run up to 128 GB of DDR4 memory, with AMD's TRX40 for Threadripper offering up to 256 GB. The storage options vary – being dependent on the motherboard chipset – but most allow for up to two NVMe SSDs to be installed, with up to seven SATA 2.5" drives, or four SATA 3.5" drives. 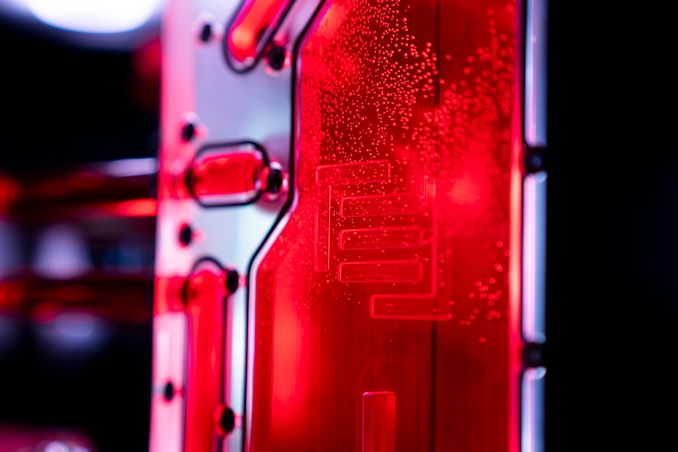 The most notable aspect of the new RUSH gaming system is can be configured to Maingear's profound Apex liquid cooling solution. The Apex is a fully custom cooling solution which features an integrated pump designed for silent operation, with flow-rate sensing and a high capacity reservoir. We reported on the Apex integrated cooling solution back at CES 2018 when Maingear refreshed its F131 system. It uses a custom milled acrylic baseplate for striking aesthetics, with a parallel graphics card bridge and a custom radiator bridge. This encompasses ASUS's ROG certification which all of the components used feature, including the Lian Li PC-O11D XL chassis.

The new and updated RUSH series from Maingear starts from $1899 for the base models, while for those with especially deep pockets, configurations adding custom paint jobs and ultra-high-end hardware such as the AMD Threadripper 3970X and NVIDIA GeForce Titan RTX graphics card run for over $15000.