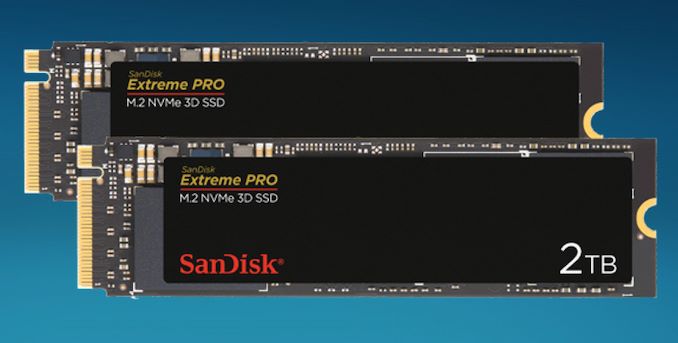 Western Digital has quietly expanded its SanDisk Extreme Pro M.2 NVMe 3D SSD range with a 2 TB model. The drive offers performance on par with other models in the family as well as the company’s WD Black SN750. The launch indicates that the SanDisk brand is still very popular among end users and 2 TB capacity is gaining popularity. 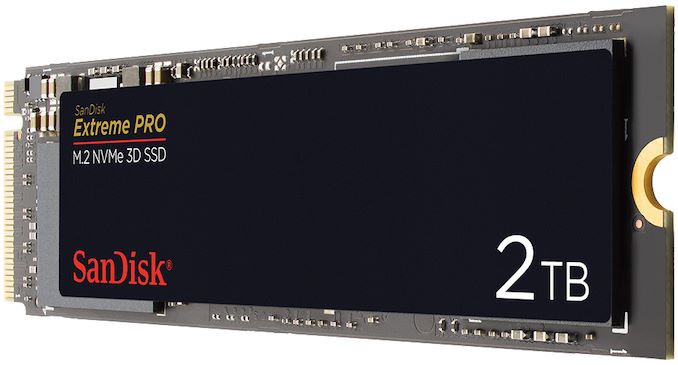 One of the reasons why Western Digital could decide not to include a 2 TB model into the SanDisk Extreme Pro range was the positioning of the brand. While the WD Black is aimed at gamers and performance enthusiasts, the SanDisk brand is mostly targeted at retail users (which doesn't exclude SanDisk products from being online), and therefore the manufacturer needed to limit itself to the most popular capacities because of the shelf space.

As it turns out, the company has changed its mind and quietly launched its SanDisk Extreme Pro M.2 NVMe 2TB SSD in Austria, Germany, and Japan. Pricing of the drive in the Land of the Rising Sun is unclear, whereas in Austria and Germany the device costs from €466 to €570.

Performance wise, the SanDisk Extreme Pro M.2 NVMe 2 TB offers up to 3400 MB/s sequential read speed, up to 2900 MB/s sequential write speed, up to 480K random read IOPS as well as up to 550K random write IOPS. While the drive offers the same speeds as the WD Black SN750, it does not come with an optional heatsink and therefore real-world performance of the SSDs may vary under high loads. 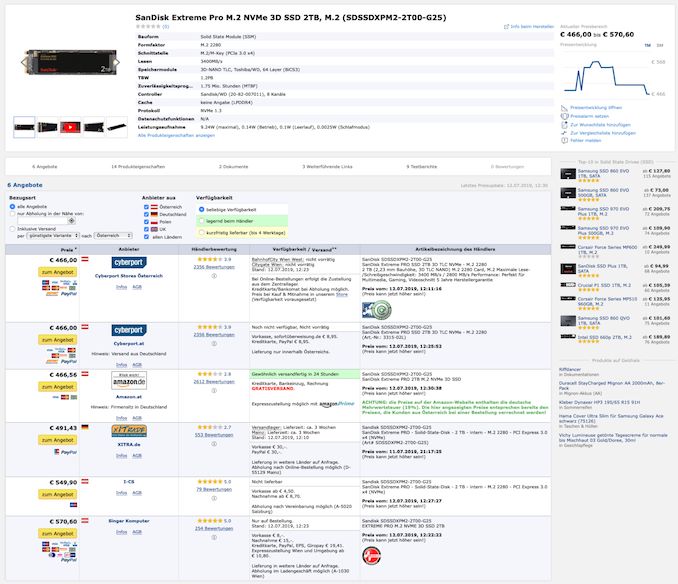