Starting off with the teardown, we’ll have a closer look at the actual earpads, which is inarguably one of the most important aspects of a headphone. 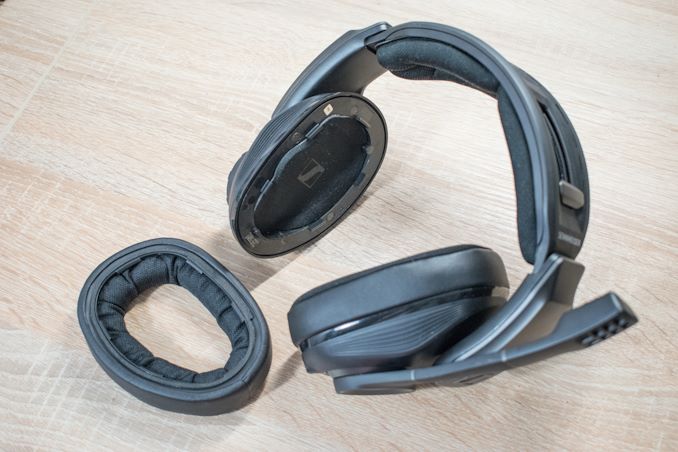 Removing the earpads is extremely simple as they use Sennheiser’s clip-on mechanism. Simply sliding in a small flat blunt object in the small seam between the earpiece frame and the earpads, and twisting it, will unclip the earpads. Doing this on a few points around the pads will free up all the clips and the earpads come right off. In terms of removal or replacement, this is one of the simplest mechanisms out there. 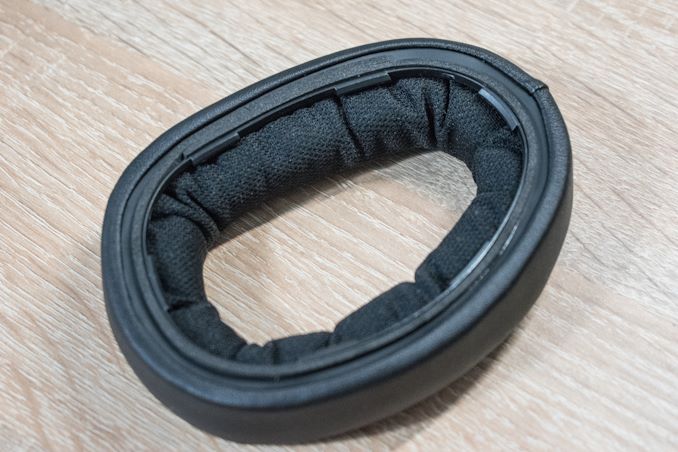 The earpads have a plastic rim design giving them structure, and also contains the other side of the clips for the holding mechanism. There’s a small foam gasket around the plastic rim in order to serve as a hermetic isolation to the earpiece body and not to leak sound – this is a closed headphone design. 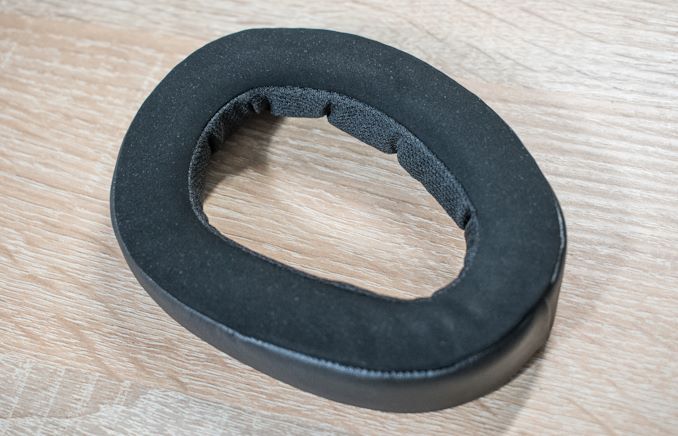 The earpads units have the GSA601 model number and are hybrid pads. The outer rim is a soft pleather, the top is a soft velour, while the inside is perforated textile mesh, a bit similar to the headstrap pads.

The inside filling seems to be a type of memory foam, although its give isn’t quite as slow as some higher end memory foam pads. The pads are about 2cm thick, and compress about 1cm.

While the pads are relatively comfortable, they’re also not the best. While they’re ear-shaped and meant to better ergonomic to the pinna, I still found them a tad too small. The horizontal dimension of the hole is about 4cm which is smaller than the 5-5.5cm I’m used to in my daily round headphones, and I don’t care much about covering my lobes.

Sennheiser here needs to evaluate its design a bit more, because in my view when talking about enthusiast gaming headphones I’m envisaging 8+ hour sessions where I want the most comfortable units possible. 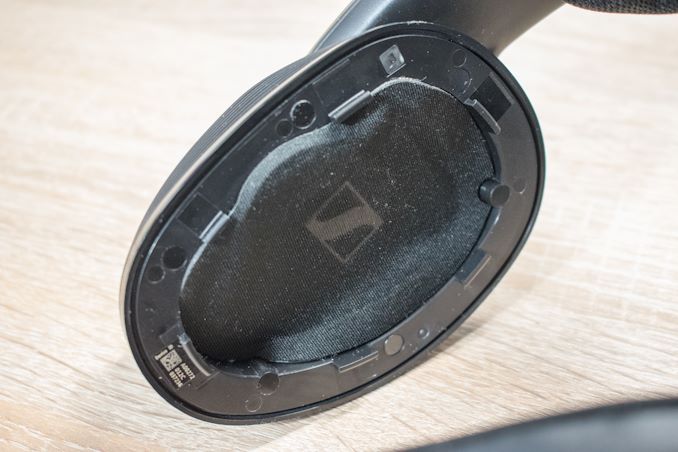 Looking back the earpiece with the pads removed, we see main driver cover cloth. This is glued onto the earpiece, and I don’t seem to see any way to replace it effectively. Out of fear of changing the audio characteristic I avoided removing this part of the headphone as I wasn’t sure if it would go back correctly.

The drivers of the headphones seem to be 40mm units. The peculiarity here is that they’re slightly tilted inwards towards the back of your head; Sennheiser says this serves for better acoustics. 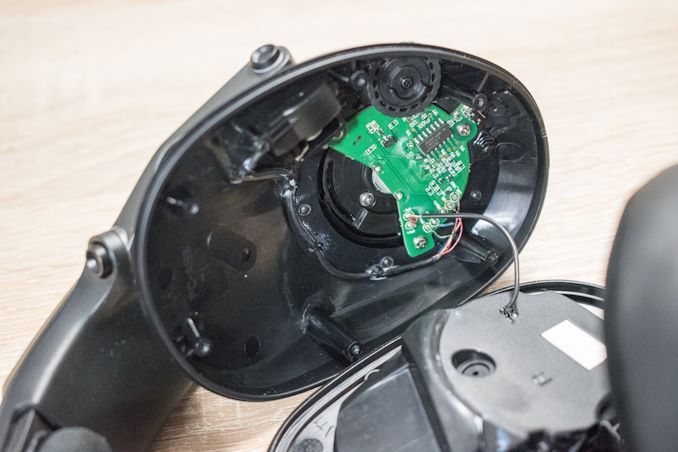 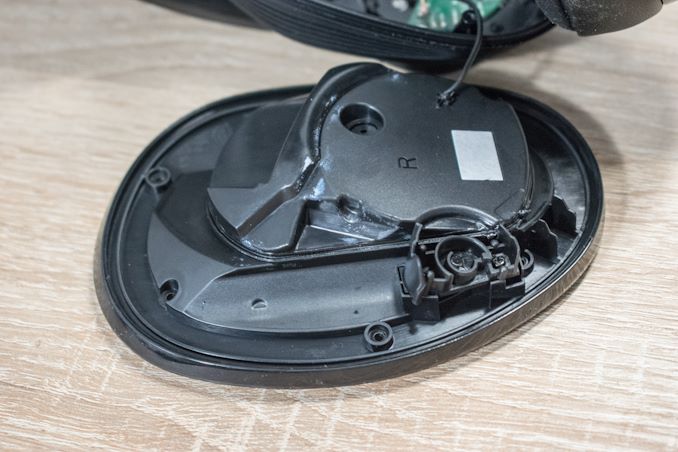 Removing the driver shell from the main earpiece assembly is done via 6 screws, which are covered by small plastic stickers. At this point we’re just investigating the hardware of the headphones as there’s no point for the average user to disassemble the units this far. 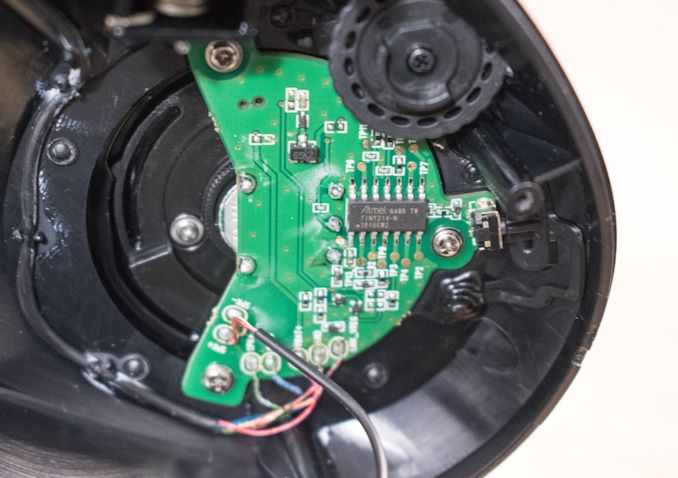 On the right earpiece we find a small PCB with a Microchip (formerly Atmel) ATtiny214 microcontroller. Its job seems solely to read out and communicate the volume knobs on this side of the headphone.

In regards to the volume knobs, it’s to be noted that these are not analog knobs, but rather digital ones with discrete steps. What this means in end effect is that you have a lot less discrete volume steps available than one might think. 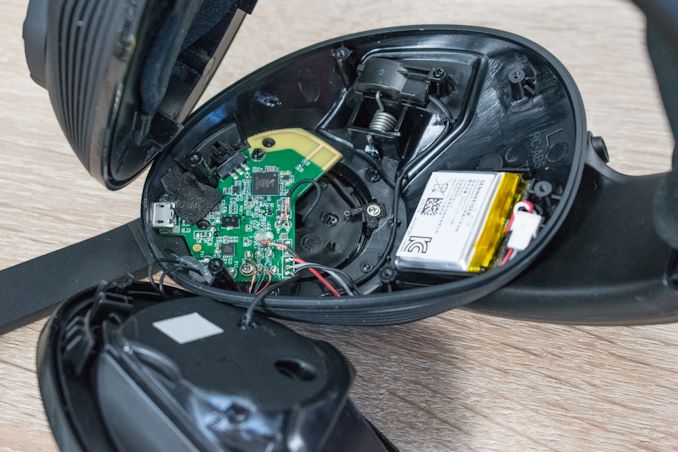 Opening up the left earpiece, we see a bit more components, including the battery. 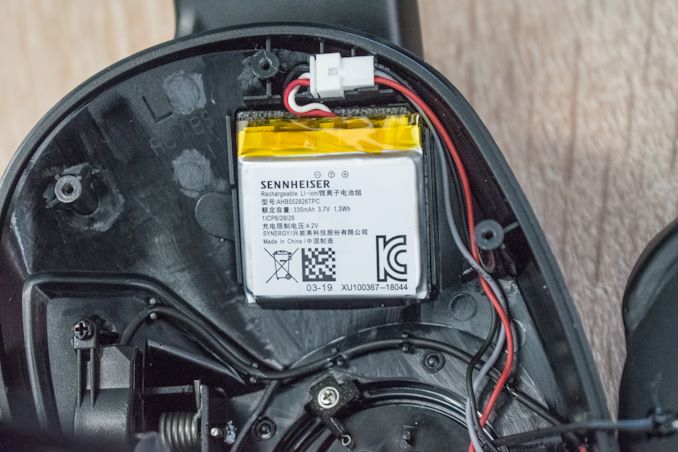 The cell seems to be made by SYNERGY of Taiwan and is a 335mAh / 3.7V nominal for a capacity of 1.3Wh. I didn’t have any good way of objectively testing battery longevity, but Sennheisers claims of 16-20 hours playback seems accurate as I was able to get two day’s use out of a full charge. 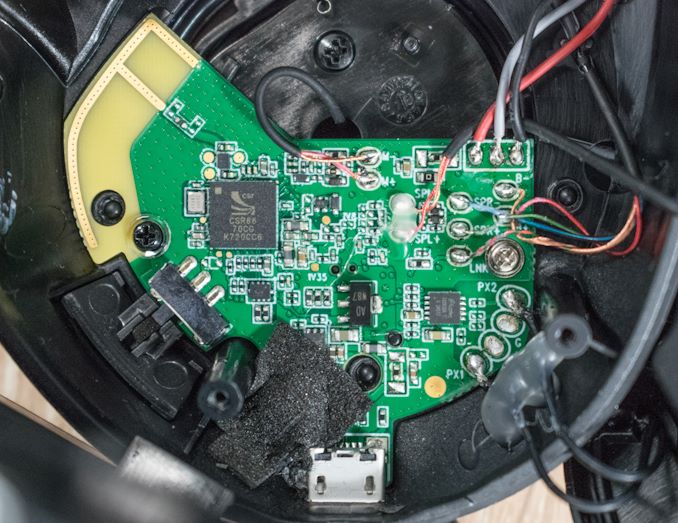 Finally also on the left side we find the main PCB with the central audio SoC. The unit is provided by Qualcomm (formerly by CSR) and is a CSR8670. There’s a bit of confusion about the capabilities of the chip as they seem to differ based on revision. The DAC is certainly only a 16-bit unit, something we’ll discover the limits of in a later section, while the chip’s sampling rate is described as 96KHz in some documents while 192KHz in Qualcomm’s new website. In practise the DAC works at 44.1 (Bluetooth) and 48KHz (GSA70).

The other discrepancy is on whether the chip actually has Bluetooth 5.0. Again here older technical datasheets say it only supports BT 4.2 and Qualcomm advertises 5.0 – although there’s a footnote of saying it only has 4.2 firmware. Nevertheless Sennheiser advertises 5.0 support so it should mean that it uses a newer revision or newer compatible firmware. 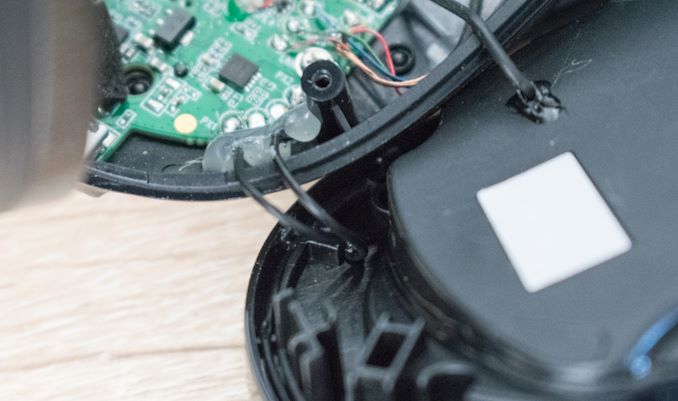 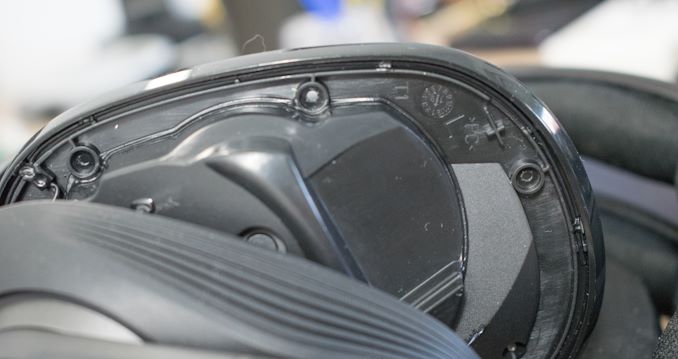 While there’s an obvious antenna printed on the main PCB, we also find what seems to be a secondary antenna wire going out. This surrounds the better part of the left ear shell.