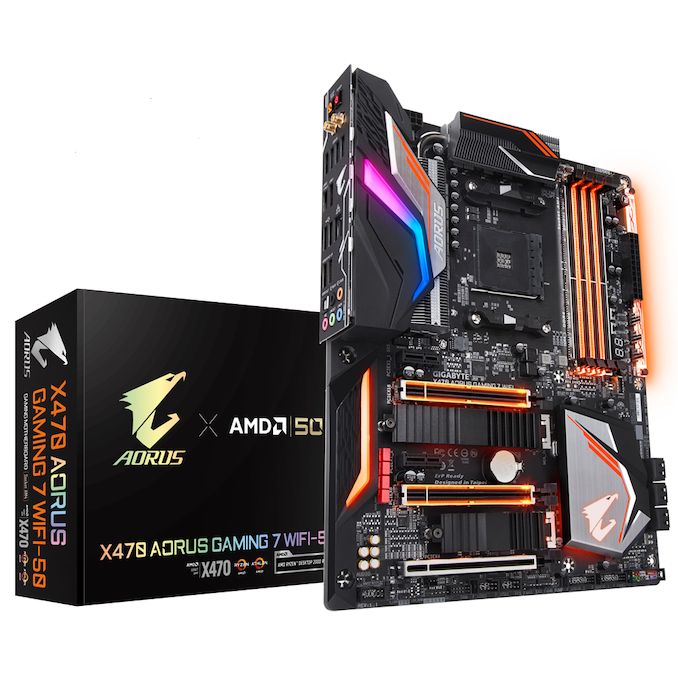 On the back of AMD's 50th anniversary, GIGABYTE has joined the celebration with a special edition of its GIGABYTE X470 Aorus Gaming 7 WiFi motherboard. 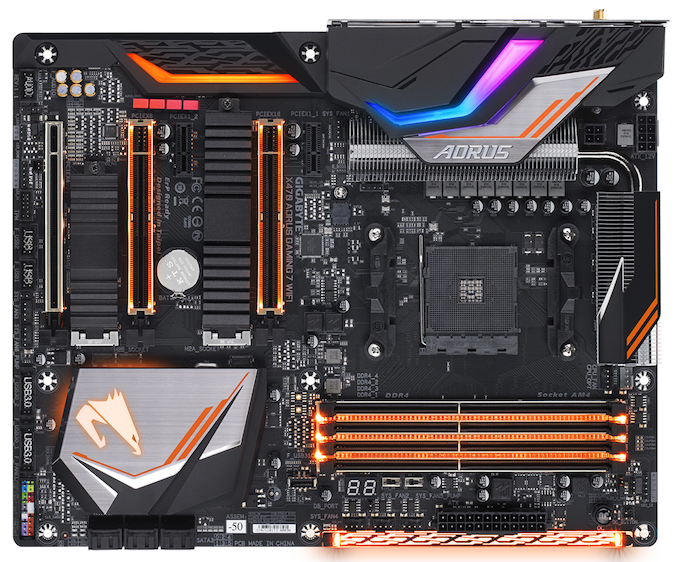 With a solid feature set, the GIGABYTE X470 Aorus Gaming 7 WiFi-50 supports DDR4-3600 memory with a total capacity of up to 64 GB across four slots. Audio is a huge focus on GIGABYTE's high-end models and the X470 Aorus Gaming 7 is no exception with the inclusion of a Realtek ALC1220-VB HD audio codec and complementing ESS Sabre ES9118 DAC. The 10+2 phase power delivery is the same as with the standard X470 Aorus Gaming 7 Wi-Fi, in fact, everything hardware related is the exact same between both models. This includes a single Ethernet port powered by an Intel I211-AT 1 GbE NIC, MU-MIMO 802.11ac Wi-Fi due to an Intel 9260NGW Wave2 capable adapter and also features two M.2 slots each with their own individual heat shield.

Our full and in-depth review of the GIGABYTE X470 Aorus Gaming 7 Wi-Fi can be found here.

In our review of the X470 Aorus Gaming 7 Wi-Fi motherboard, we did highlight that GIGABYTE's flagship X470 motherboard is a solid all-rounder at a decent price with a range of premium features and that it's a solid foundation for a Ryzen based gaming system. There is a lot of speculation around AMD's new generation of 7nm Matisse processors and the impending X570 chipset which will accompany this, but for now, GIGABYTE looks to be keeping the flame for X470 alive with this limited edition option.

Pricing and availability are currently unknown, but we do know the standard version of this board retails for $240 at Newegg and it's likely that this 50th-anniversary special edition will sit somewhere close to this.