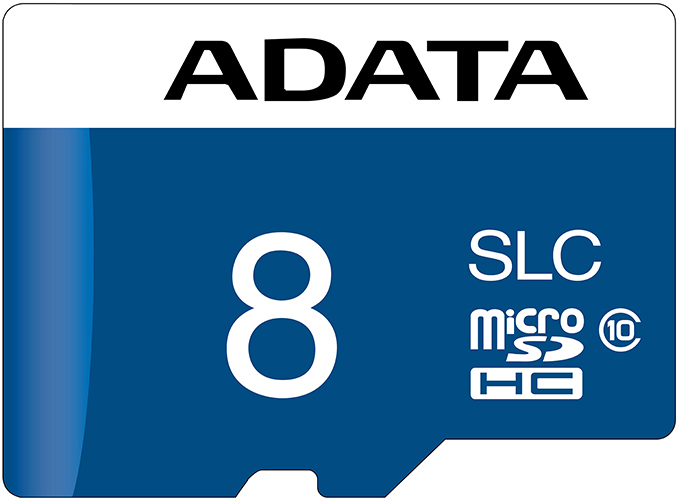 ADATA has introduced a new lineup of microSD cards that use SLC NAND and are aimed at industrial applications. By incorporating the lower-density and higher-reliability memory type, ADATA's IUDD362 are designed to offer enhanced endurance and a longer lifespans than typical TLC/QLC microSD cards, making the cards a better fit for harsh operating conditions.

ADATA’s IUDD362 microSD cards come in capacities of 1 GB, 2 GB, 4 GB, and 8GB. The manufacturer does not disclose the supplier of SLC NAND memory it uses, though the company’s key partners are well known. The devices support read/write speeds of up to 30/25 MB/s, and their power consumption is just 0.6 W.

It goes without saying that these kinds of low performance and capacity figures are not very impressive, especially when more traditional microSD cards can offer many times these figures. But performance isn't the cornerstone of the IUDD362 microSD cards; reliabiltiy is. ADATA says that the controller of the cards fully supports ECC technology, SMART capability that can indicate imminent drive failures, wear leveling, flash protection, hardware power detector, secure erase and other things to ensure maximum stability and reliability. As a result, the cards are rated for a 3 million hours MTBF.

Given the focus on reliability, unsurprisingly ADATA has also hardened the cards to operate in harsh environments. All told, the cards are rated to operate in wide range of temperatures, from -40°C to 85°C, making them a very good fit for including industrial automation and transportation systems (in-vehicle data loggers, etc.).

ADATA plans to start sales of its IUDD362 microSD cards shortly. Parties interested in getting them are advised to contact the company.