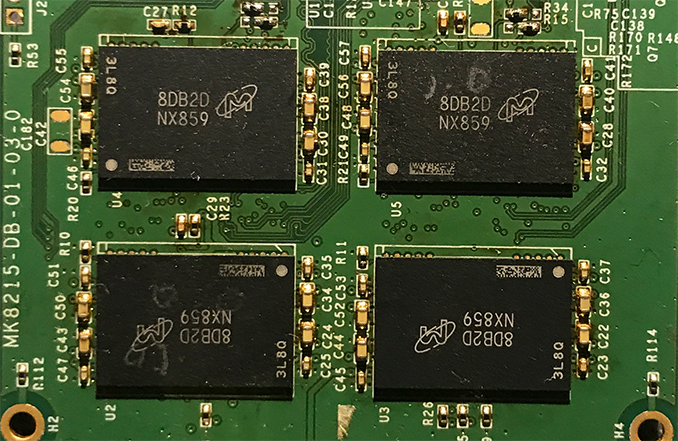 Micron yet has to formally introduce its 3rd generation 96-layer 3D TLC NAND flash. But as we've spotted on the Computex showfloor, SSDs based on the new type of memory are already being demonstrated by two developers of SSD controllers — Maxio Technology and Silicon Motion.

Intensified competition on the storage market is calling for NAND flash makers to rapidly increase bit density of their chips in a bid to enable makers of actual SSDs or smartphones to boost capacity of their products without considerable cost increases. In the coming quarters all leading producers of memory will be rolling out their 3D NAND devices using 96-layer 3D TLC, 64-layer 3D QLC, and 96-layer 3D QLC architectures. Back in May, Western Digital confirmed that some of its customers had already started to use the company’s 96-layer 3D TLC NAND for retail products (USB flash cards, memory cards, etc.). As it turns out, Micron’s 96-layer 3D TLC memory has already been qualified by at least two developers of SSD controllers. 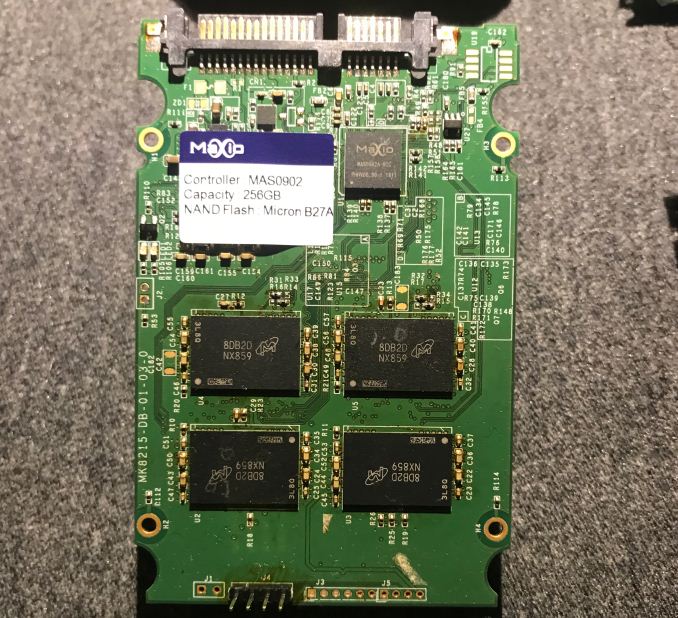 At Computex, Maxio Technology was demonstrating a prototype of a 256 GB SATA SSD running its MAS0902A-B2C DRAM-less controller and Micron’s 3D TLC B27A memory. The drive hits practical performance limits of a SATA 6 Gbps interface, and thus enables SSD makers to build rather speedy mainstream products using the new memory (which is going to be cheaper in terms of per-bit cost than previous-gen 64-layer 3D NAND). 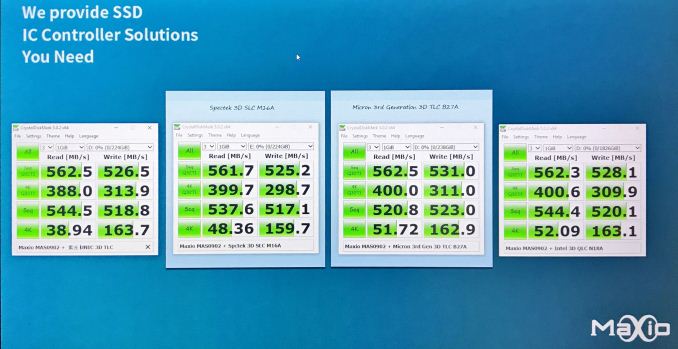 The new 96-layer 3D TLC NAND memory from Micron has been qualified for SSDs by Maxio, though it is unclear whether firmware for the new type of memory is production ready. Anyhow, as soon as Micron starts sales of these chips, there will be at least one SATA SSD controller that will support it.

Silicon Motion is also playing with Micron’s 96-layer 3D TLC NAND, but on a different side of the spectrum. The company is demonstrating a prototype of an M.2 SSD based on Micron's 96-layer 3D TLC memory as well as its top-of-the-range SM2262EN controller and thus aimed at high-end PCs. The controller itself is in its final stages of development: the final BA revision of the chip was produced in early May and now its firmware is being tuned. With the SM2262EN we are looking at up to 3.5 GB/s sequential read speed as well as up to 3 GB/s sequential write speed.

Silicon motion expects SSDs featuring the SM2262EN and various kinds of 3D TLC NAND to hit the market in August or September. It is hard to say whether Micron’s 96-layer 3D TLC will be used for the first wave of SM2262EN-powered drives, but SMI has qualified this memory type for SSDs and therefore its partners will have this memory option.