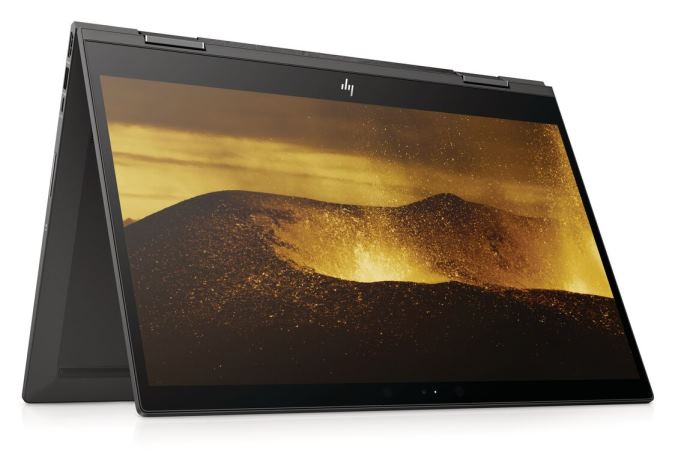 In another announcement today out of the HP camp, the company has shared with us some updates to the Envy x360 line of convertibles. The Envy x360 13 is all AMD based system with a Ryzen based APU options, while the Envy x360 15 has both Intel Core 8th Gen processors or AMD Ryzen APUs available coupled with a choice of integrated graphics or a discrete NVIDIA GPU.

Like the Envy notebooks HP announced, the all-metal exterior design aesthetics of the new Envy x360 units are minimal with the new Damascus pattern also making its way to the 13-inch and 15-inch convertibles. The Damascus pattern has notable patterns of banding appearing like flowing water or wood grain, typically found in sword blades and knives. The new design feature is located around the hinge area on the back. Both devices come in Dark Ash Silver with the x360 15-inch also available in Natural Silver. In order to rotate the panel 360° using a geared hinge enabling the device to be used in four different modes. 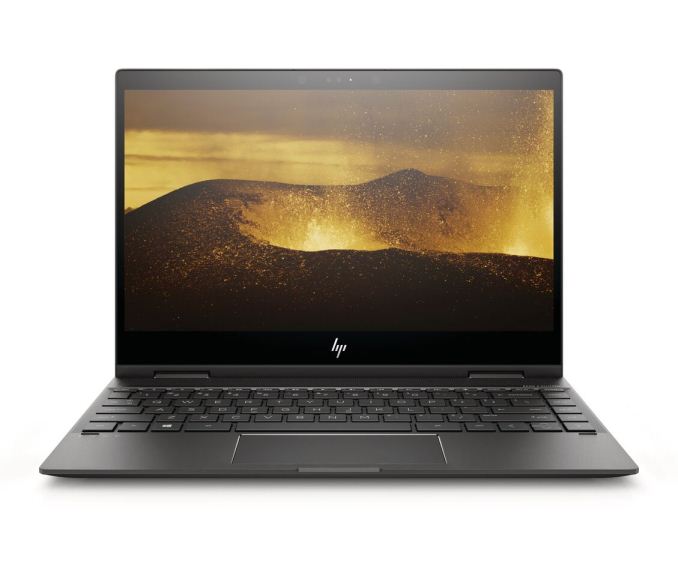 On the performance front, the Envy x360 13 will use either an AMD Ryzen 7 2700U or the Ryzen 5 2500U which fit within a 15W TDP. It includes 8 GB DDR4-2400 onboard memory with the memory slots not user accessible. Storage options include a 128GB or 256 GB PCIe NVMe M.2 Solid State Drive with only single drive configurations possible. Network connectivity is wireless only with 802.11ac (2x2) support as well as Bluetooth 4.2. Gigabit Wi-Fi is an optional feature.

HP extends their security measures to the x360 convertibles with an optional HP Sure View privacy screen to prevent off angle viewing of the monitor, a fingerprint reader for a fast and secure method to unlock the PC, as well as an IR HD/FHD camera supporting Windows Hello (AMD only). 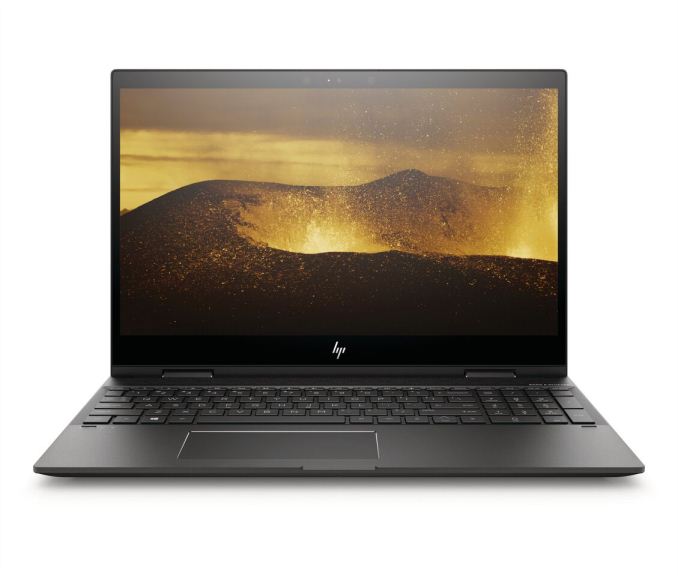 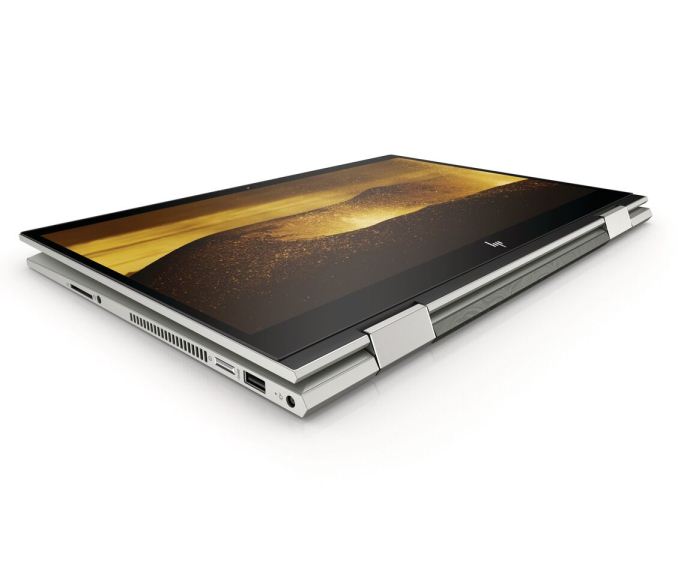 In addition to the integrated graphics, users can now choose an NVIDIA GeForce MX 150 2GB video card on the Intel system. The x360 15-inch also offers users a choice of FHD or 4K UHD panel options with the latter having a screen with brightness up to 650 nits which should allow for easy viewing in bright environments or outside. The 15-inch device also includes dual storage possibilities with space for a HDD and SSD along with Intel Optane support.

The same security features we saw on the x360 13 make their way here with the Sure View privacy screen option to prevent prying eyes sitting next to you to view the screen, a fingerprint reader on Intel machines, and an FHD IR camera on AMD equipped units for quick and secure log ons to the system.

We were told that pricing on the Envy x360 13 starts at $759.99 for an AMD Ryzen 3 and Vega 6 graphics, although no Ryzen 3 model is stated in the official specification sheets.