First up in our APU gaming tests is Civilization 6. Originally penned by Sid Meier and his team, the Civ series of turn-based strategy games are a cult classic, and many an excuse for an all-nighter trying to get Gandhi to declare war on you due to an integer overflow. Truth be told I never actually played the first version, but every edition from the second to the sixth, including the fourth as voiced by the late Leonard Nimoy, it a game that is easy to pick up, but hard to master. 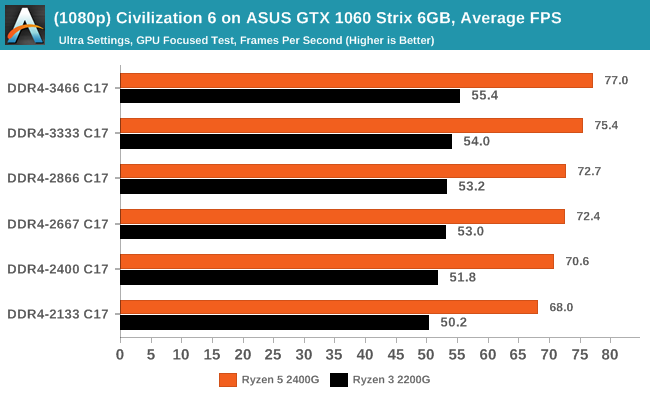 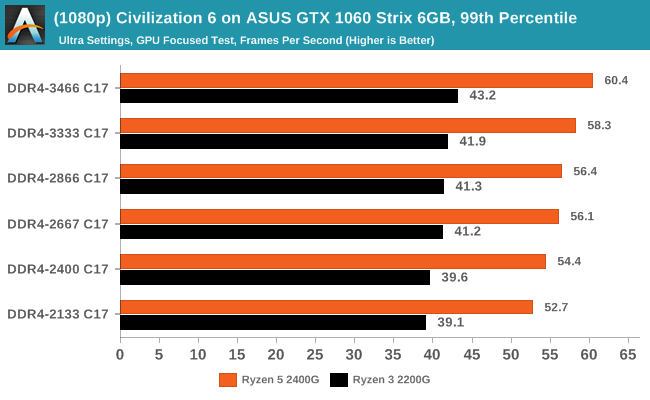 In Civilization 6, both CPUs scored a 10+% gain in both average frame rates and percentile gains. 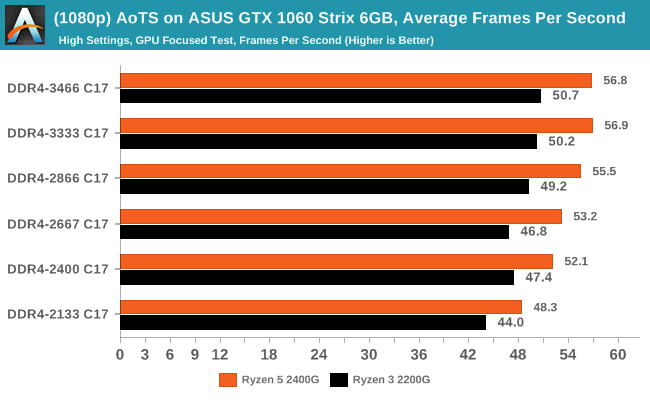 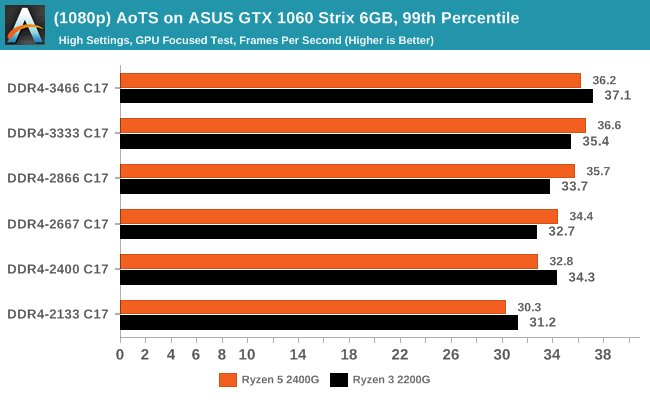 Ashes was again a little inconsistent in its results with memory using a discrete GPU, with gains avaialble on average frame rates up to about DDR4-2866 but beyond this there was not much more. 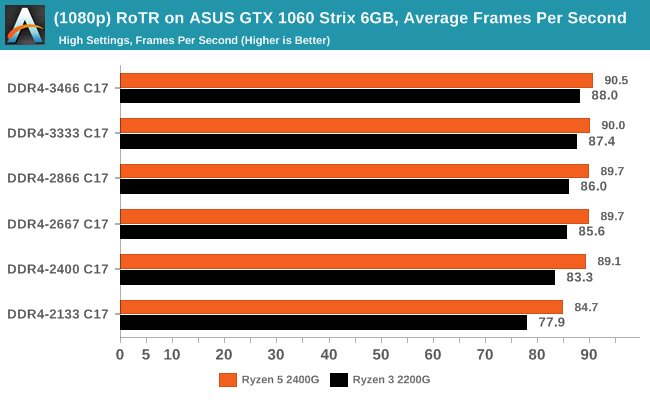 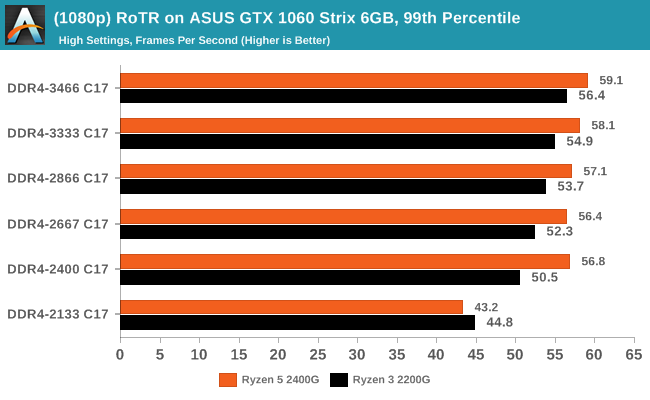 Similar to Ashes, RoTR only sees gains from the base memory opyion. That being said, the Ryzen 3 2200G did get additional boosts in the percentile frame rates going up to DDR4-3466. 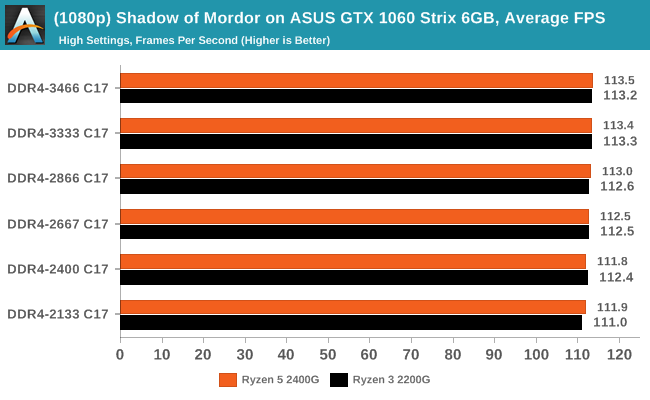 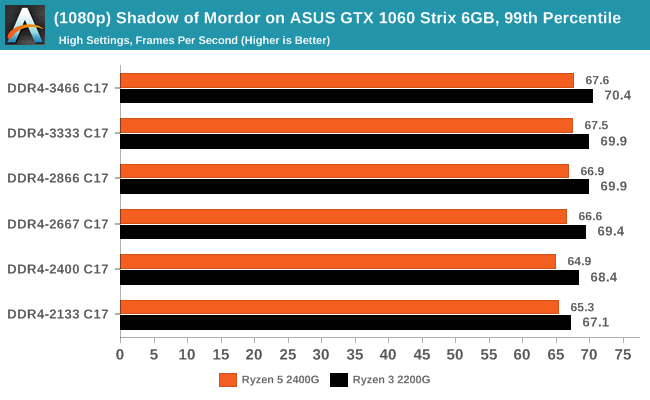 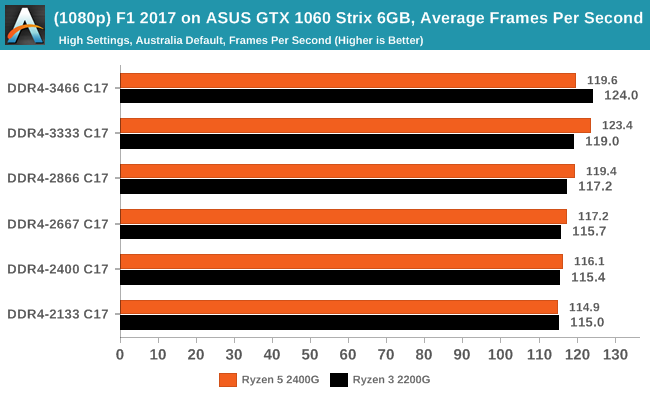 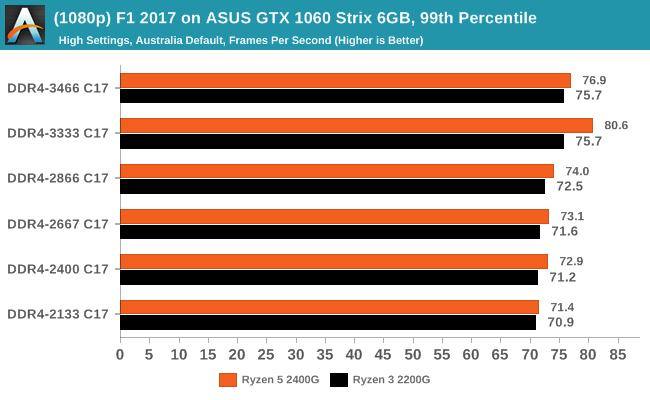 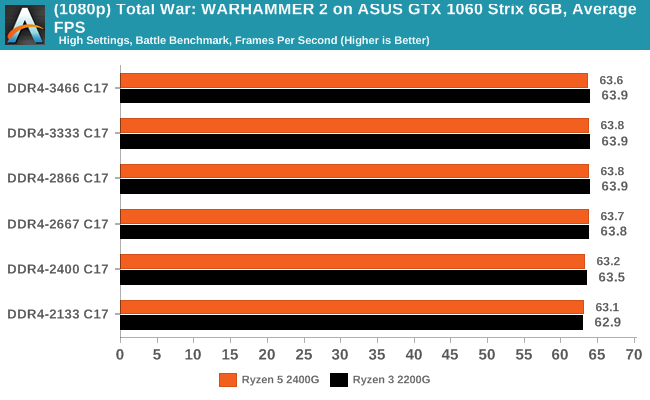 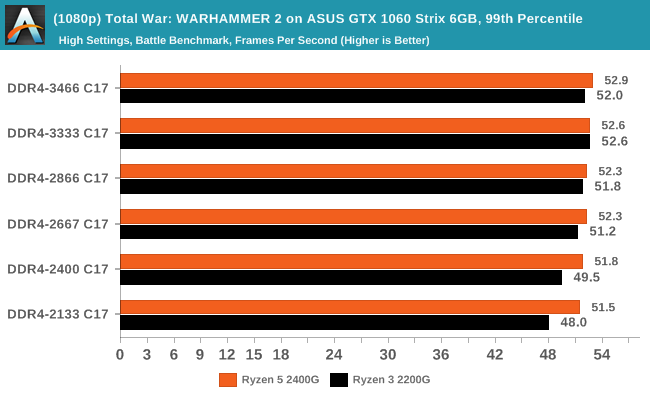