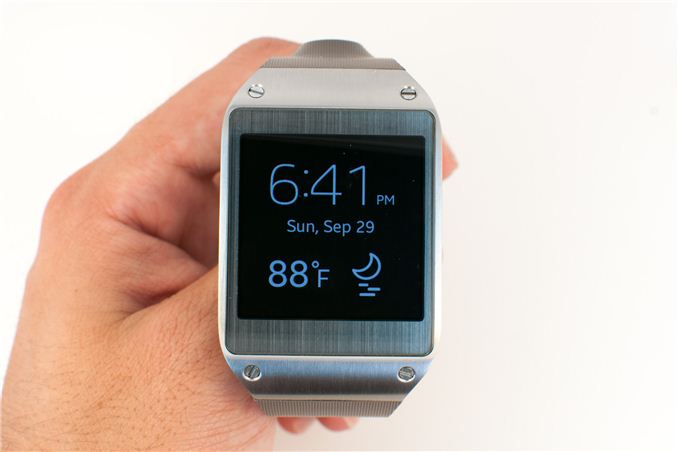 “All this has happened before, and all of it will happen again.”

Wearables are a hot buzzword right now, and that’s putting it lightly. As the smartphone and tablet markets mature, device manufacturers are looking toward other markets to continue growth and drive shoppers towards their offerings. I’ve been coming to terms slowly with the realization that smartphones are now a mainstream thing, and we’re getting increasingly close to the flat part of an S curve, at least in the short term, and the re-emergence of wearables like the Galaxy Gear and other smartwatches just underscores it.

The reality of course is that there’s a cycle here, and even one as nascent (or maybe not so) as the mobile space has a certain cadence. Anand wrote about Samsung’s S9110 watch phone, which came before the Galaxy Gear in 2009 but looks a whole lot like it. Before that was the Samsung SPH-WP10 watch phone, which included basic call capabilities. It’s interesting how for some the smartwatch space seems new when really it isn’t, but that’s really a tangential subject. 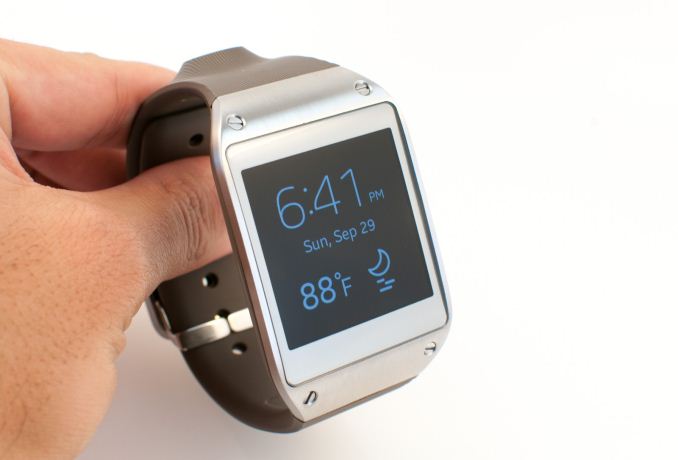 Right now we’re looking at Galaxy Gear, Samsung’s Android-based smart watch and companion device to the Galaxy Note 3. I’ve been wearing Galaxy Gear for the past few days trying my best to get a feel for how it fits in among the other smartwatch entries. I’ve been wearing a Pebble pretty much nonstop since getting mine just after they started shipping, so it’s my primary comparison point for the Gear, although I enjoyed wearing many other analog and digital watches before jumping on the smartwatch bandwagon. 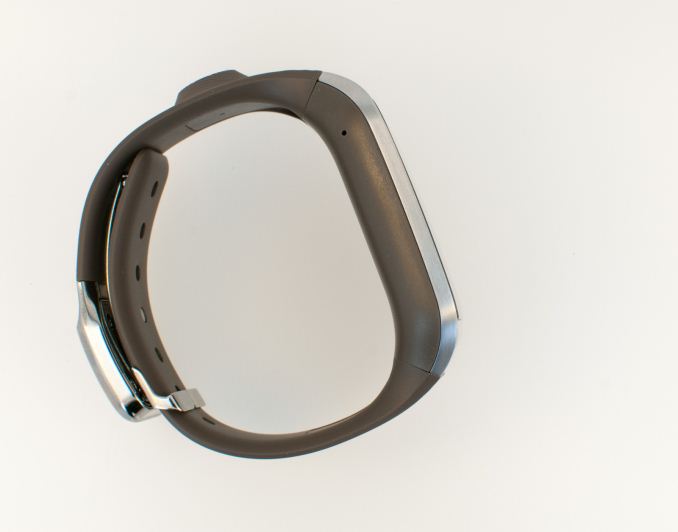 First off the Galaxy Gear feels surprisingly well constructed. I’m actually a lot more impressed with build quality of the Gear than I thought I would be. The Galaxy Gear doesn’t have the same kind of heft that I’m used to with other high end timepieces, which is probably a good thing. 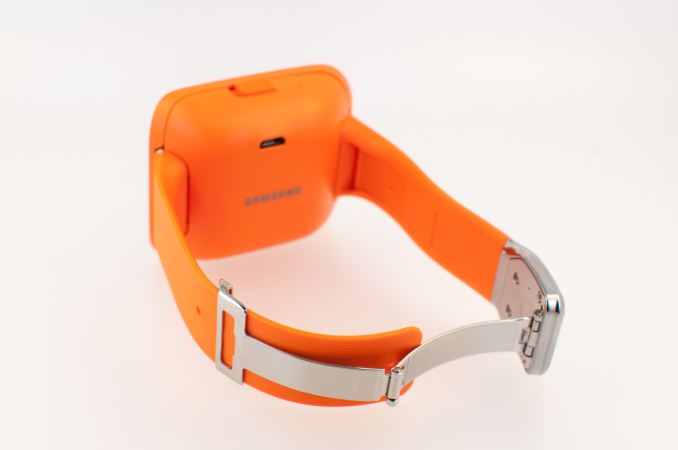 Gear feels comfortable on the wrist without any sharp edges or points, which is great since the band that comes on it isn’t removable. The band is a thick plastic material that out of the box doesn’t have a lot of flex, but will probably loosen up after some time. Samsung goes the right way and ships its band with a clasp rather than a buckle, which is what I vastly prefer if I’m spending good money on a watch. At the bottom of the clasp is a big metal chunk which houses the speakerphone – there’s two notches cut into this just like the battery grille on Samsung’s smartphones for audio to escape out of. The size of this part of the clasp is my only major complaint about the Gear since it’s right where you’re going to make contact with a table when resting your hands on a surface or writing on a keyboard.

The band isn’t removable partly because there’s a camera module about half way up one side of it. This houses the 2 MP camera with autofocus which we’ll talk about more later. 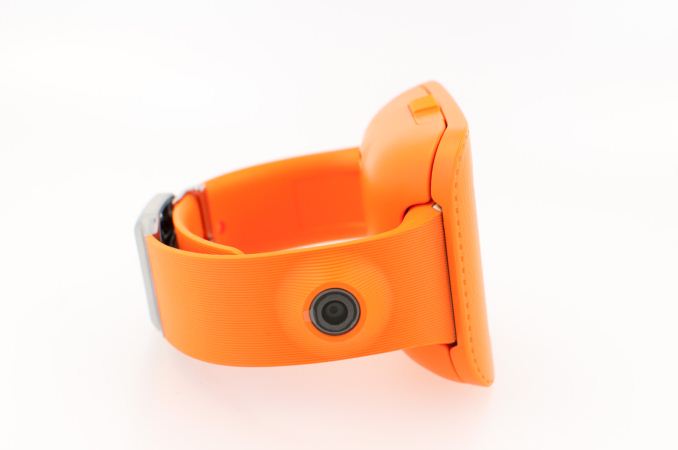 The main watch module has a 1.63 inch Super AMOLED display with 320x320 resolution, there’s glass on top which seems to be scratch resistant, and capacitive multitouch enabled. 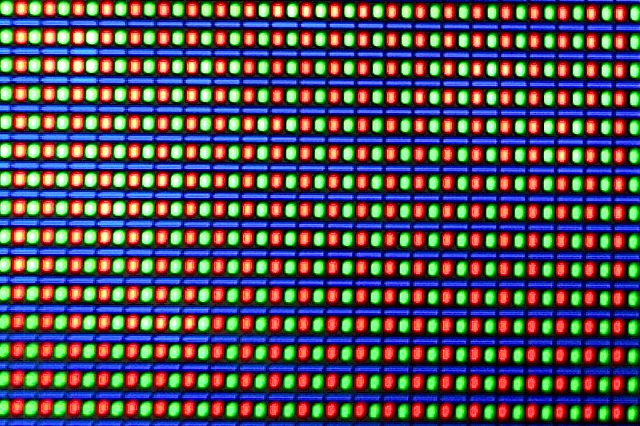 Galaxy Gear employs one of the previous generation AMOLED subpixel patterns, but it isn't noticeable

My biggest complaint with the Gear from an industrial design point of view are the screws which seem to adhere the watch face to the body and band. What’s weird is that in the Gear press shots, all the screws are rotated to be horizontal, yet on the actual shipping Gear itself the screws are pointing every which way. By some bizzare twist I actually received two Gears, one in brown, one in orange, and both have these screws not aligned and just pointing whatever haphazard orientation they were torqued to. It’s not exactly the kind of attention to detail I would normally expect for a timepiece, and on the Gear it’s the kind of thing that triggers my OCD every single time I glance at my wrist. It's unfortunate because otherwise the use of metal on the face of the Gear is well excuted, as are the joints where the band meets the watch face. 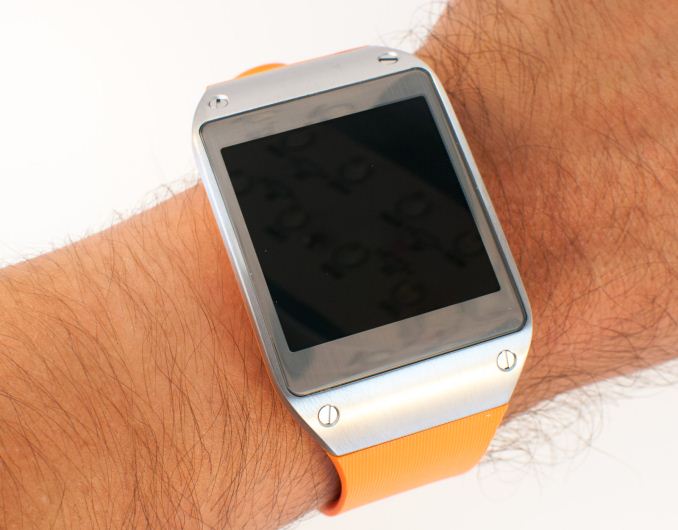 The body of the watch has two microphones for noise suppression (one on each side of the main watch body), the speakerphone on the bottom, a power button on the right, and of course Bluetooth 4.0 connectivity. There’s also an accelerometer and gyro inside in the form of an Invensense MPU6500. Powering the Galaxy Gear is an Exynos 4212 dual core SoC with one of the cores disabled in software and set to only run at a maximum of 800 MHz. There’s also 512 MB of RAM and 4 GB of internal storage, and a 315 mAh (1.2 Whr) battery inside. 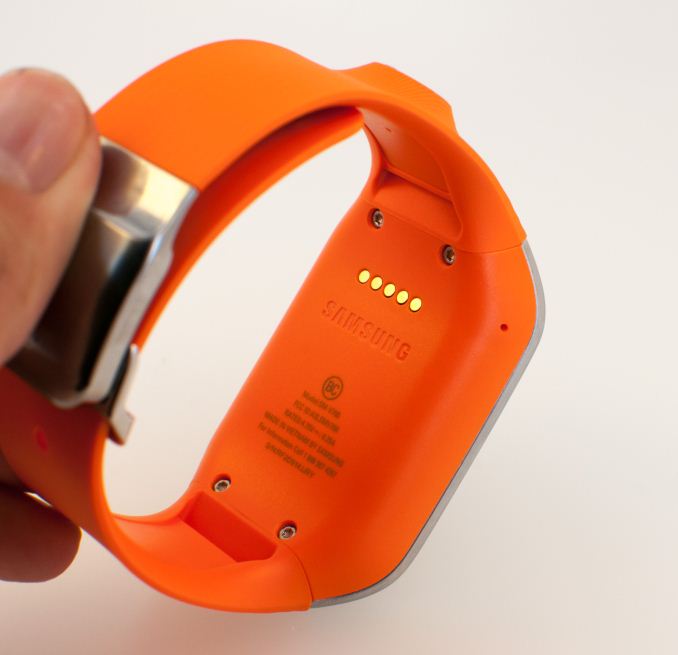 Whereas Pebble and Qualcomm Toq are powered by a relatively simple Cortex M3-based SoC and running a lightweight realtime OS, Samsung has gone with Android 4.2.2 for the Gear with a fully fledged SoC. It’s a big deviation from the trend, and reminds me of the Motorola Motoactiv which also ran Android on the same SoC (OMAP3) used to power the previous generation of smartphones.

Along with the watch is its charging and pairing cradle, which fits around Gear and interfaces pogo pins with the gold pads on the back of Gear. These turn out to really just be USB, which is required to charge Gear, the pairing cradle has microUSB on the back. In spite of this solution that avoids putting microUSB on the watch directly, the Gear is actually not waterproof. 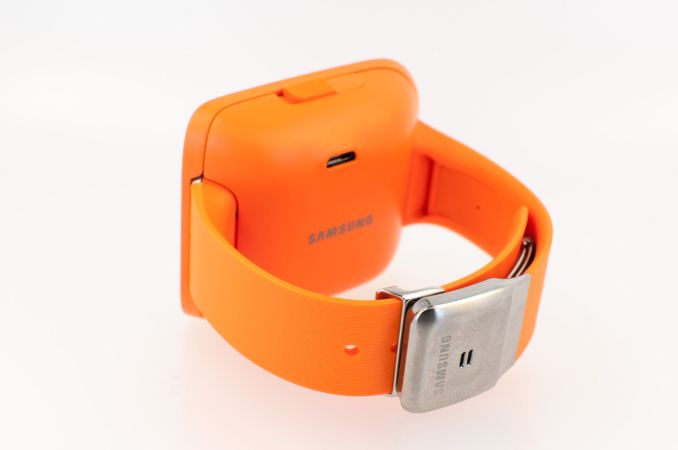 Pairing the Gear with a phone goes like this – you tap the back of the pairing cradle to the Note 3, which then starts pairing of Gear to the phone. It’s sort of a weird out of band pairing process, and I guess the Gear has to stay with its corresponding dock. 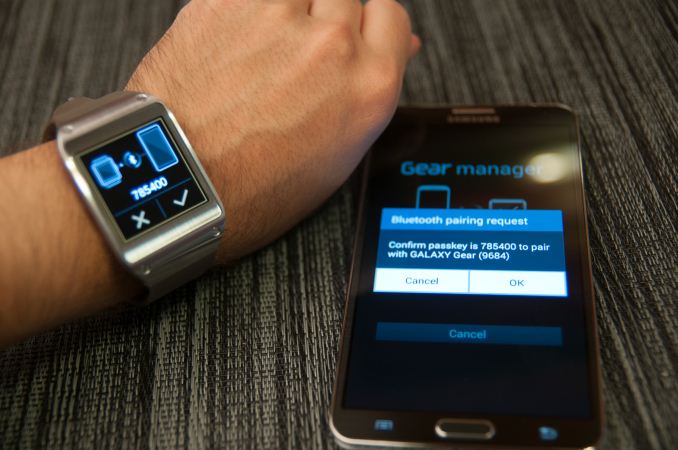 At launch the Gear only works with the Note 3, although Samsung is working on making Galaxy Gear compatible with other Samsung devices, though they’ll require an OTA update.