A few months ago at the Samsung Galaxy S 3 announcement event, I noticed another mobile editor wearing a pair of Bluetooth earbuds that were unlike any other I had previously seen. For a while now, if you wanted to use Bluetooth A2DP to listen to music, you really needed to do one of two things. Either buy an A2DP adapter that exposes a 3.5mm stereo plug, and then bring your own pair of headsets or in ear monitors, or buy a relatively expensive pair of purpose-built Bluetooth headsets and live with them. The problem has been that the overwhelming majority are bulky, on ears or awkwardly shaped over the ears models that don’t really emulate earbuds or in-ear form factor headphones. Since getting to play with the BackBeat Gos, I’ve become aware of a few other similar Bluetooth wireless earbuds, but this is a relatively new form factor I feel like a lot of people have been waiting for to come to fruition. 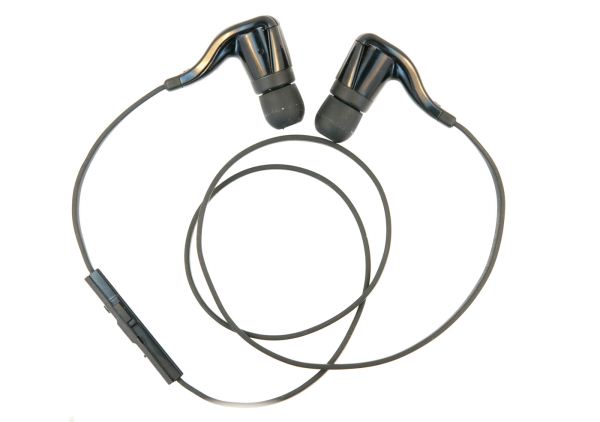 So when I saw the Plantronics BackBeat Go model in the wild, I knew I had to give it a shot. Reviewing headsets or earbuds isn’t my normal coverage area, but I couldn’t resist playing with a mobile accessory of some kind, and after all, anything Bluetooth is tangentially related to smartphones. 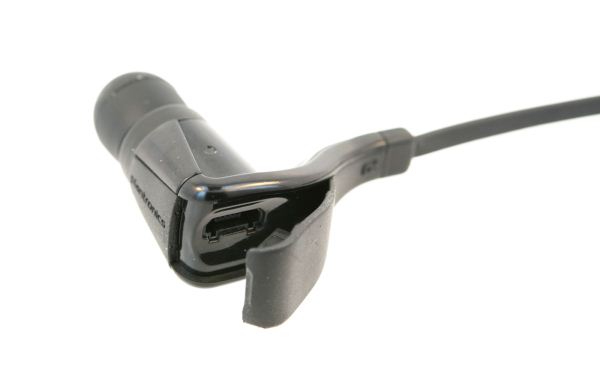 The form factor is pretty basic – two earbuds at both ends of a short cable, with an in-line controller and microphone. The earbuds are a bit oversized compared to normal ones, but this is where the BackBeat Go places the battery and microUSB charging port. On the right side, the top rubber peels off revealing that microUSB charging port underneath. Charging works either with the supplied AC adapter or any normal microUSB charger. It’s also on the right side earbud that Plantronics has located the charge and status LED, which glows orange while charging and blue when fully charged. 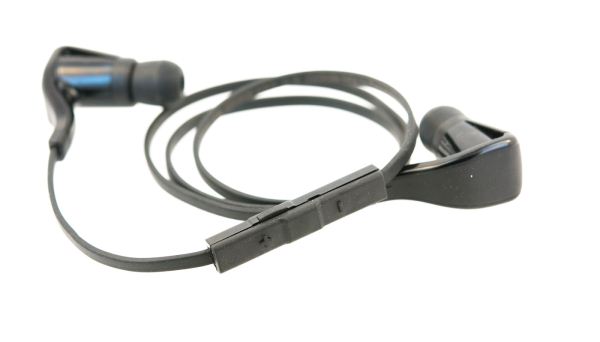 The BackBeat Gos are clearly designed for right-handed users, as the inline controller box is closer to the right side of the cable than the left. There’s volume up, down, an action button, and power. Also on this box is a small notch which serves as the microphone window.

The cable is rubberized and flat, not circular, and not much longer than shoulder length. The idea is to let the earbuds drape over your shoulders, with the cable going around the back of your neck. That said I’ve also worn them going forwards, with the cable hanging down in front of my face.

Inside the package there are three sets of rubber earbud sleeves, and a set of stabilizers which can fit on the side and press against the ear to hold the earbuds in place. In practice, I had a difficult time finding a size that fit and made a good seal in my ear canal. When it comes to earbuds that go into the ear, I’m more of a fan of the in ear monitor approach which involves foam that you squeeze down, insert, then allow to expand, rather than simple rubber seals. Getting a good seal is important because it both is going to impact the attenuation of ambient noise, and defines the resonant cavity inside your ear canal. Without a good seal, things will sound fundamentally different. Unfortunately the silicone tips are the BackBeat Go's biggest shortcoming, as I find myself constantly hunting through the three available sizes to no avail – supplying something foam based which expands would go a long way to fixing this problem. 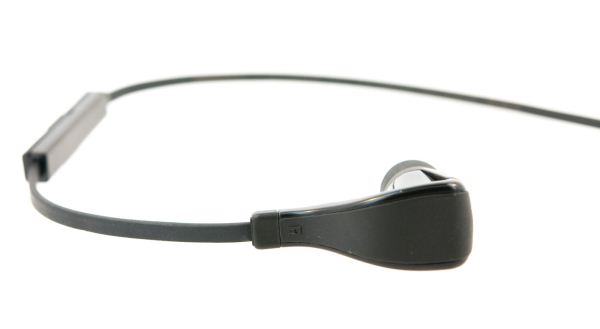 Each earbud is definitely heavier than an otherwise passive one, but this is because there’s both a Bluetooth receiver SoC, battery, and other components inside the modules. The result is that the two are definitely larger than normal, but not so heavy they fall out of the ear.

The BackBeat Go has an internal lithium ion battery which charges over microUSB, and draws around 170 mA at 5V to do so. Bluetooth 2.1 + EDR is supported, with profiles A2DP 1.2, AVRCP, HFP v1.5, and HSP v1.1. Unfortunately the BackBeat Gos don’t support the apt-X Bluetooth audio codec, instead I saw subband codec (SBC) used on the platform I could get this information on.

Inside the BackBeat Go
Tweet
PRINT THIS ARTICLE
Comments Locked