Microsoft tends to update their Surface lineup on an irregular schedule, not necessarily following the updated CPUs that are generally announced on a mostly annual cadence. Today Microsoft is announcing an updated Surface Laptop, dubbed the Surface Laptop 4, and brings the hardware up to date, somewhat at least. Also, with the explosion in video conferencing as a result of the Covid-19 global pandemic, the company is also announcing a slew of accessories to improve the Microsoft Teams experience. 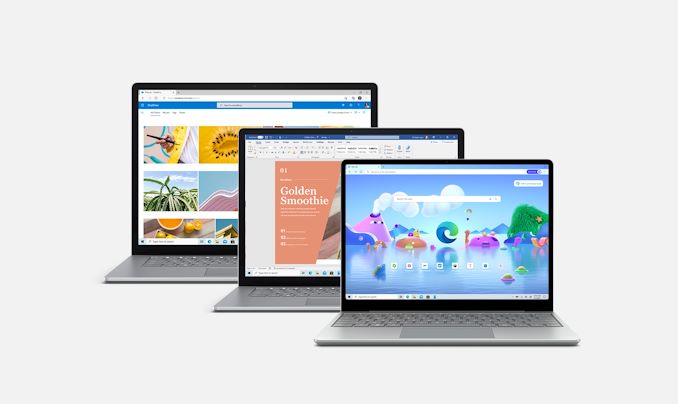 Microsoft’s update schedule often means their products linger in the market with specifications that are no longer current. Perhaps no product has felt that more than the Microsoft Surface Laptop 3, especially the AMD version, which launched in late 2019. Based on AMD’s Picasso platform at the time, the AMD Ryzen Surface Edition processor suffered from poor battery life – an issue which AMD resolved with the launch of their Ryzen 4000 series “Renoir” processors just a few months later.

Perhaps disappointingly for AMD fans, customers who opt for the Intel-based Surface Laptop 4 will not have to suffer such indignities. Surface Laptop 4 will ship with the latest Intel Tiger Lake platform, which brings slightly updated CPU cores, and much more powerful Intel Xe graphics, on Intel’s 10 nm process. 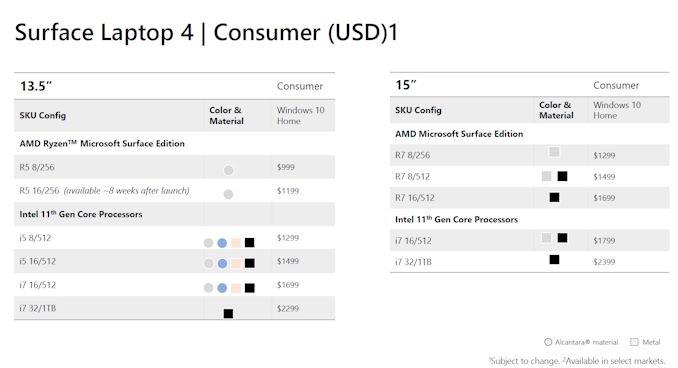 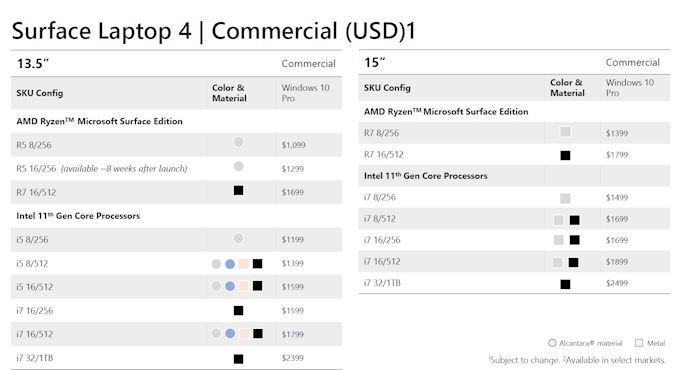 Additional choices are now available in terms of color too, with Microsoft adding an Ice Blue option to the existing Platinum, Matte Black, and Sandstone options. One of the most unique aspects of the original Surface Laptop was the Alcantara keyboard deck, and Microsoft has kept that as an option for the 13.5-inch model in either Platinum or Ice Blue.

Microsoft is claiming up to 19 hours of battery life on the Surface Laptop 4, in 13.5-inch guise and with the AMD Ryzen processor. This is a significant upgrade over the outgoing model, and comes alongside much better performance. Memory is 8 GB to 32 GB, and storage is 256 GB to 1 TB. Microsoft used to be guilty of offering specifications that were too low for even a base model, but 8 GB / 256 GB is a reasonable low-end configuration.

Microsoft pushed back on USB Type-C, and the company still is pushing back on Thunderbolt, even on the Intel-based devices. Thunderbolt 4 brings a lot of standardization, and would have been nice to see, but sadly, the company refuses to support it. One area where they can be commended though is that they are expanding their removable SSD support to the Surface Laptop 4, allowing easier expandability in the future. The drives are, as far as we can tell, still PCIe 3.0 NVMe drives, even though the Intel Tiger Lake model would support PCIe 4.0 storage. We’ll try to get clarification on if the slot supports it or not though. 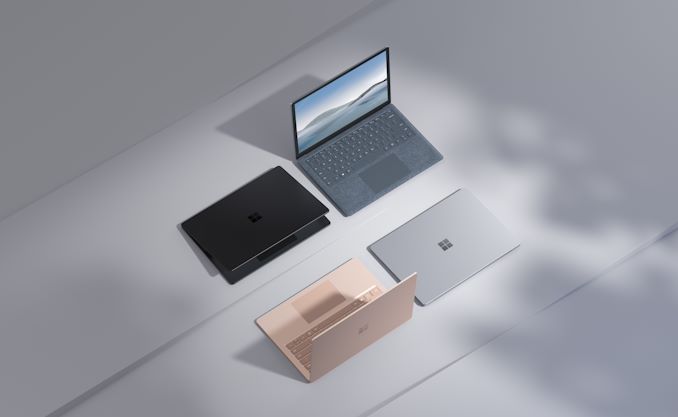 The Surface Laptop has always offered great build quality, along with the fantastic PixelSense display in the now ubiquitous Surface 3:2 aspect ratio. While there are no major changes to the chassis, the updated internals, coupled with the light weight and good display, bring the Surface Laptop back into the equation.