As teased at E3 and seemingly every show that AMD has been to since, we’re now ready to get our hands on AMD’s top-tier consumer-grade processor. The Ryzen 9 3950X is the bigger cousin to the Ryzen 9 3900X, this time using two 8-core chiplets built on TSMC’s 7nm process with the Zen 2 microarchitecture. This is paired with the same I/O die, and overall this Ryzen 9 3950X will offer four more cores and +100 MHz on the turbo frequency over the 3900X, all at a $749 recommended retail price point. 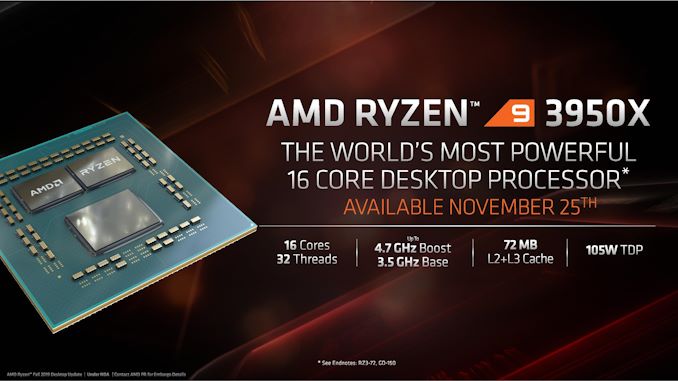 The Ryzen 9 3950X will be compatible in the majority of AM4 motherboards, although in order to take advantage of the 24 PCIe 4.0 lanes on the CPU, an X570 motherboard is recommended. The 16 cores offer a 3.5 GHz base frequency and a 4.7 GHz single core boost frequency; the overall all-core turbo frequency will be dependent on the motherboard used, the quality of the silicon, and the turbo in play.

The 105W TDP matches that of the 12-core part, and it should be noted that the 3950X will not come with an in-the-box cooler. Instead, AMD argues that customers looking at this price range of CPU typically go out and purchase their own, something better than the 125 W Wraith Prism that AMD might have put in the box. To that end AMD is going to publish a list of recommended cooling solutions that are pre-validated by AMD on the website, which should be live on today (the 7th). 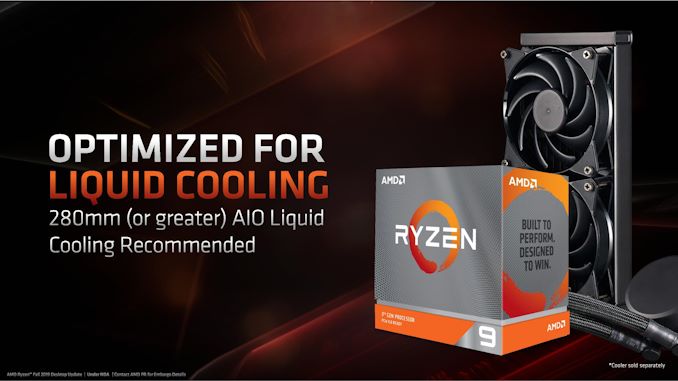 Regarding BIOS and AGESA versions on motherboards: AMD has stated that AGESA 1.0.0.4B (also known as 1.0.0.4 Patch B) is going to be required in order to enable full performance on the Ryzen 9 3950X. AMD stated that this AGESA version actually unites several different groups of Ryzen CPUs under the same numbering scheme, to make it easier to manage. It is worth noting that when quizzed, AMD acknowledged that some motherboard manufacturers were putting out ‘beta’ versions of 1.0.0.4B, rather than the full release, and they recommend that users should wait for a full 1.0.0.4B version for their motherboard (even though some motherboard manufacturers aren’t exactly being clear). 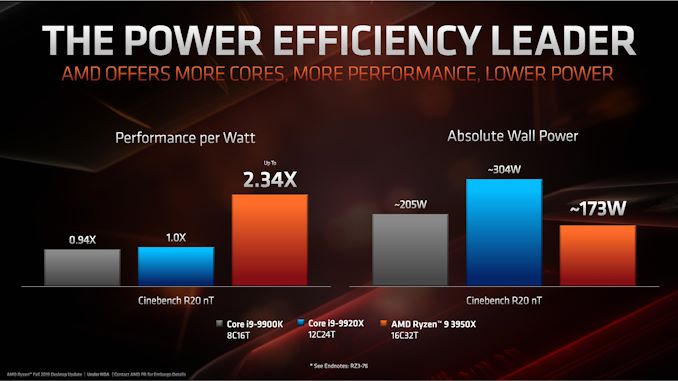 With Intel cutting its upcoming Cascade Lake-X HEDT processor line in half (and conveniently not releasing a 16-core part), the field does get a little more competitive for anyone looking at building a holiday system. What is important to note here is that AMD is shifting the line between consumer and high-end desktop higher: users spending $749 on a CPU get a ton of cores, but if they need more PCIe lanes, they have to go even higher to get the latest and greatest (see 3rd Gen Threadripper below). On a different note, AMD did state that Intel’s recent price adjustments had no effect on its product plans. 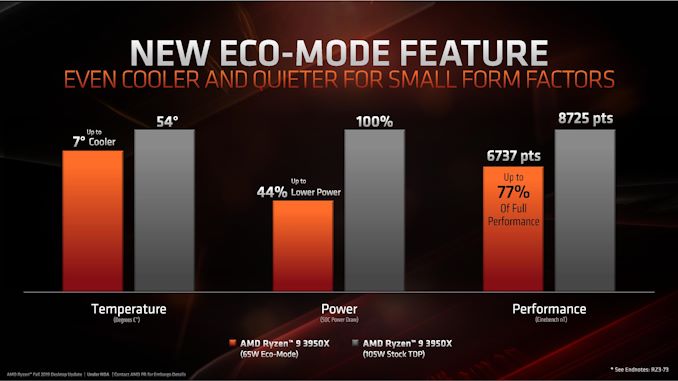 AMD is doing this because they have seen a number of customers request high-core count processors at lower TDP values. Rather than releasing a wide array of X and non-X parts to satisfy all different areas of the market, AMD is offering this ‘cTDP down-like’ option for system builders that do want to focus on something like a 65W 16-core processor for their system. This isn’t to say that AMD will not release non-X CPUs in the future (they’re typically cheaper than the X CPUs), but rather than have customers wait for those parts to enter the market, AMD is giving this option to speed up adoption.