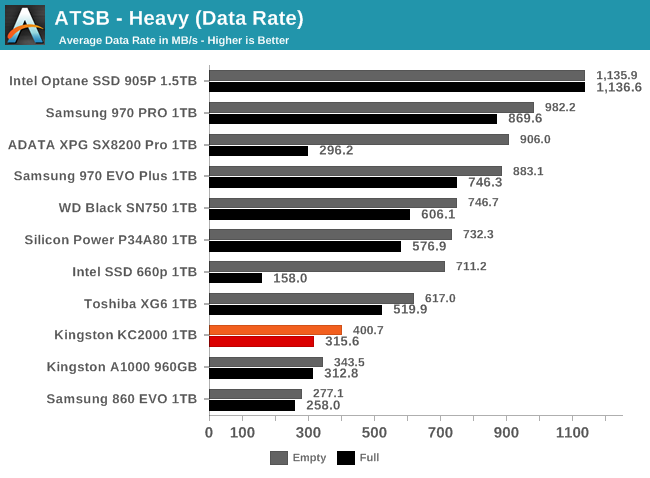 The overall performance from the Kingston KC2000 on the Heavy test is disappointing. Its performance when full isn't quite as bad as the other drives that use recent Silicon Motion controllers with aggressive SLC caching, but the empty-drive performance is less than half what the ADATA SX8200 Pro provides. The KC2000 doesn't seem to be making tradeoffs to handle one case better than the other; it's just slow either way. 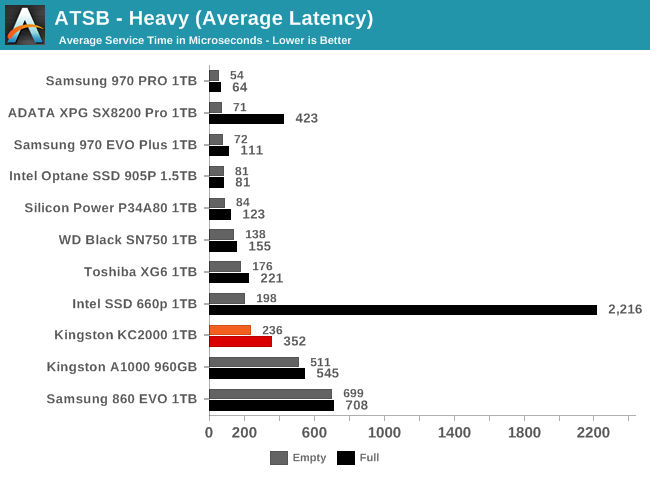 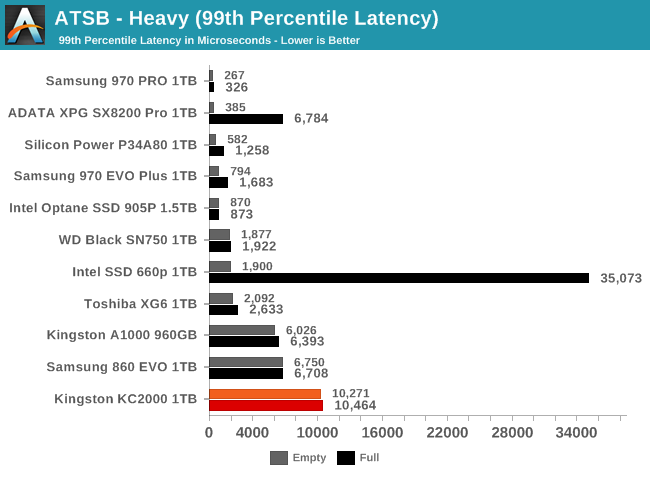 The overall average latency scores for the KC2000 on the Heavy test are worse than expected for a high-end NVMe drive and are pushing into entry-level NVMe territory. The 99th percentile latency scores are a bigger problem, since the KC2000 falls behind even mainstream SATA drives. 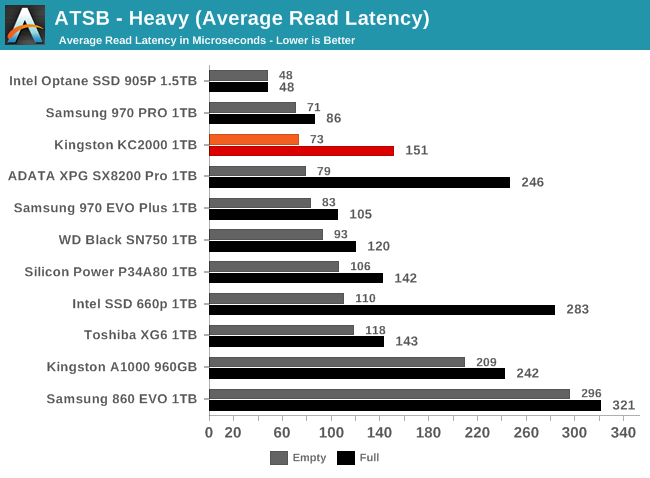 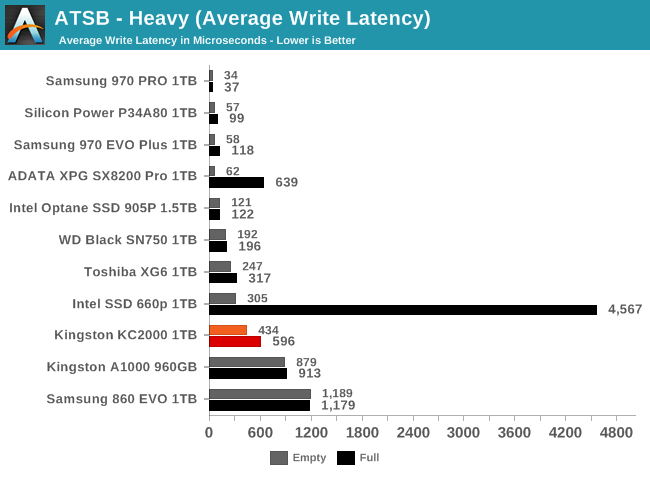 Breaking down the average latency scores, the KC2000 is competitive with read latency, though its read latency is a bit high when the test is run on a full drive. The average write latency scores are generally the worst among high-end NVMe drives, but are not a serious problem. 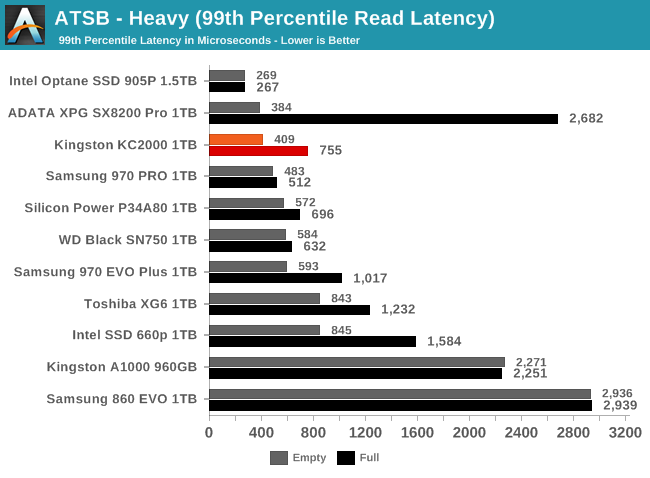 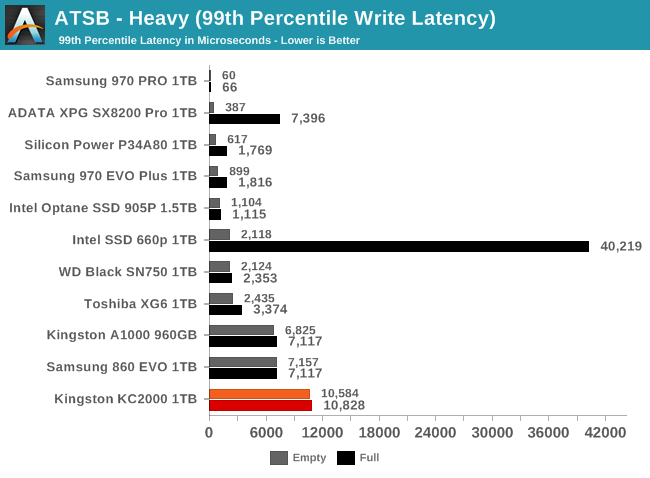 The poor 99th percentile latency scores for the KC2000 are due entirely to its behavior for writes, where it delivers worse QoS than a decent SATA drive (though not as bad as a full QLC drive). The QoS for read operations is competitive with many of the best TLC drives on the market. 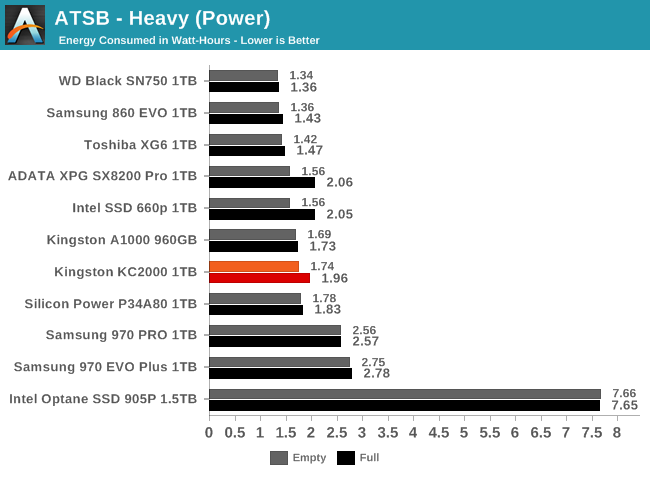 The energy usage of the Kingston KC2000 over the course of the Heavy test is a little bit on the high side of normal, but isn't an outlier like the Samsung drives. Like the other two Silicon Motion drives, the KC2000's power requirements are notably higher when the test is run on a full drive, but the impact isn't quite as large on the KC2000 as it is for the ADATA drive that uses Micron NAND instead of Toshiba's 96L TLC.