Graphics cards and PCIe cards come with a limited set of cooling options. Some of the low TDP models are passive, before going up to active cooling on higher TDP models. Air cooling comes with one, two, or three fans, and even moves to triple-slot coolers. Beyond this is liquid cooling, either with a dedicated pump and reservoir per card, or a water block in a combined water cooling system. What if you want to deafen your neighbors with noise? Powercolor has a solution for you. 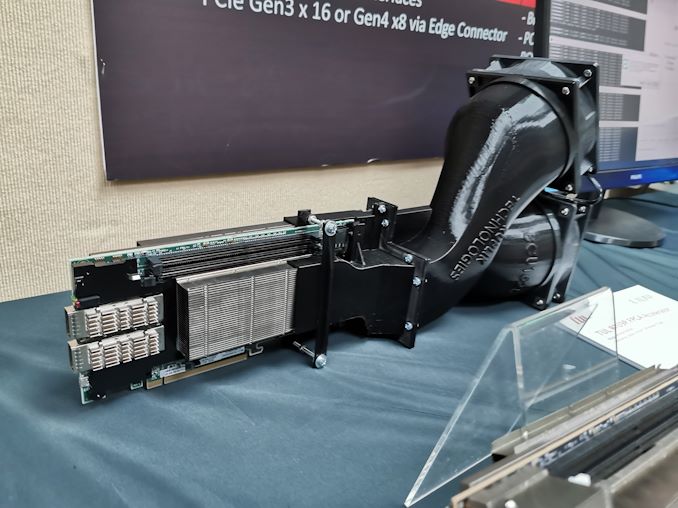 On display was a Xilinx high-end FPGA connected to an airflow chamber mechanism that is powered by two large 250+ CFM (cubic feet per minute) high static pressure fans that pushes the air through to a single PCIe slot gap with a small air cooler. Each fan directs the air to either side of the card. This solution minimizes the amount of heatsink on the PCIe card and instead replaces it with this air chamber and some loud deafening fans. 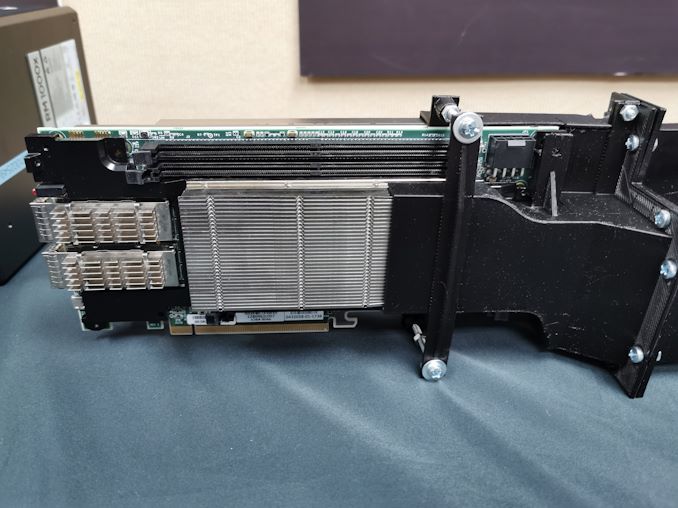 Truth be told, this is for a server installation. However it seems alarmingly bulky, especially as a goal of the single slot design might be for density, and that air chamber seems overly large. That card in this case is a 2x100 GbE design for a SmartNIC or machine learning, but could easily be a new GPU jacked up to a few hundred watts.