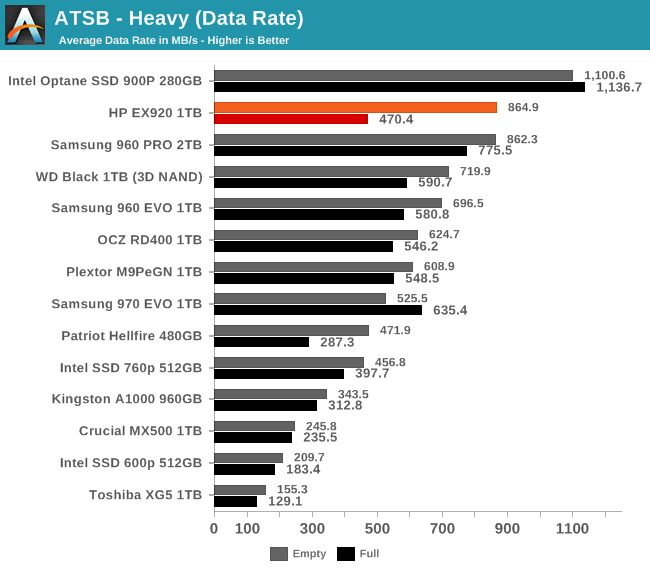 When the ATSB Heavy test is run on a freshly-erased HP EX920, the average data rate is as high as we've seen from a flash-based SSD. However, the drive seems to be relying on aggressive SLC caching to achieve this stellar performance, because when the test is run on a full drive, the average data rate drops by almost half, leaving the EX920 with slightly sub-par full-drive performance. 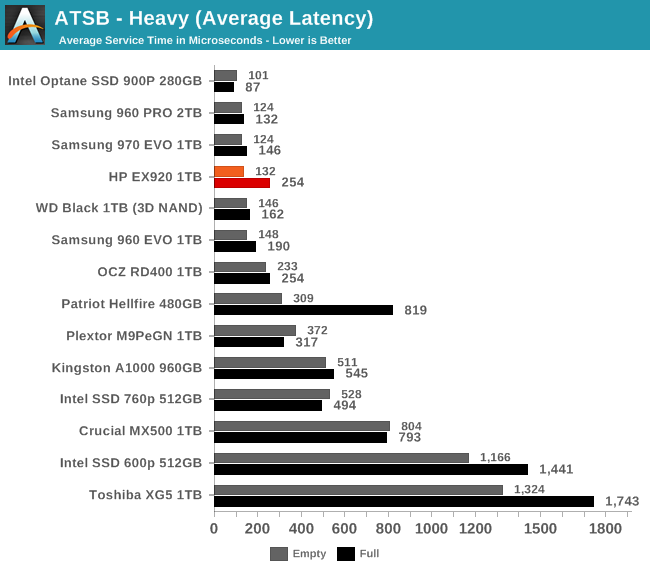 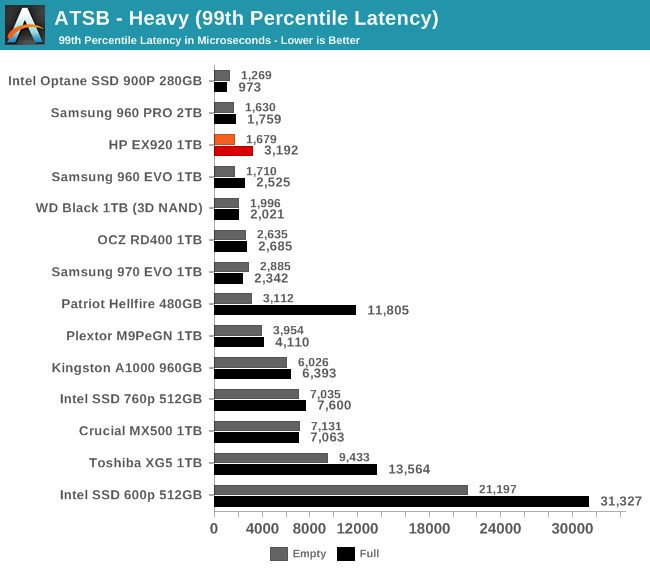 The average and 99th percentile latency from the HP EX920 is top-notch when the Heavy test is run on an empty drive, but both latency figures roughly double when the test is run on a full drive. This leaves the EX920 as one of the slower drives in the high-end NVMe category. 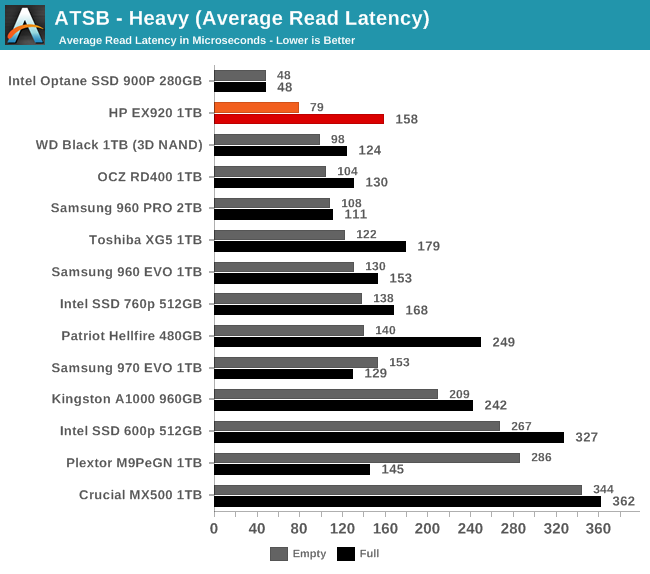 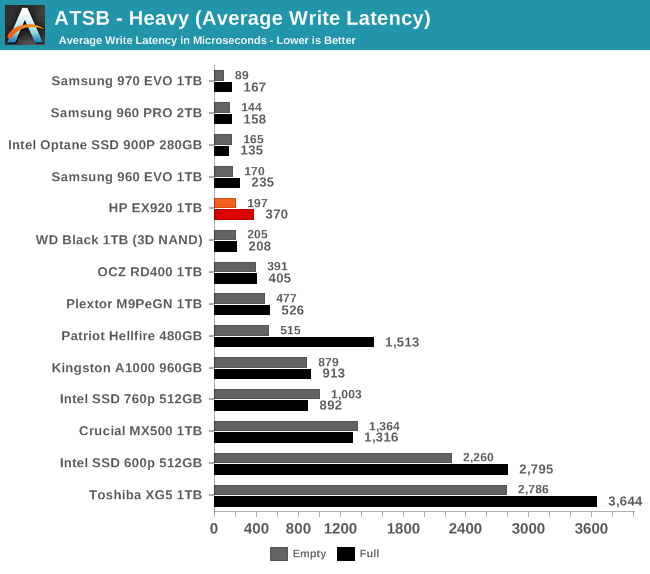 On The Destroyer, the HP EX920's average read latency was twice that of the other high-end NVMe SSDs. Here on the Heavy test, the EX920 is quite competitive, though there's still a fairly large difference between the empty and full drive performance. The average write latency from the EX920 isn't as impressive even when the test is run on an empty drive, but it's still good, and much better than the low-end NVMe SSDs and SATA SSDs. 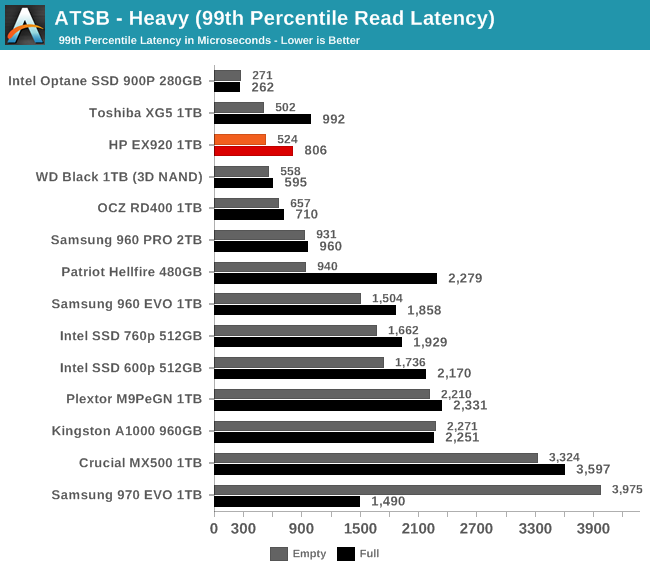 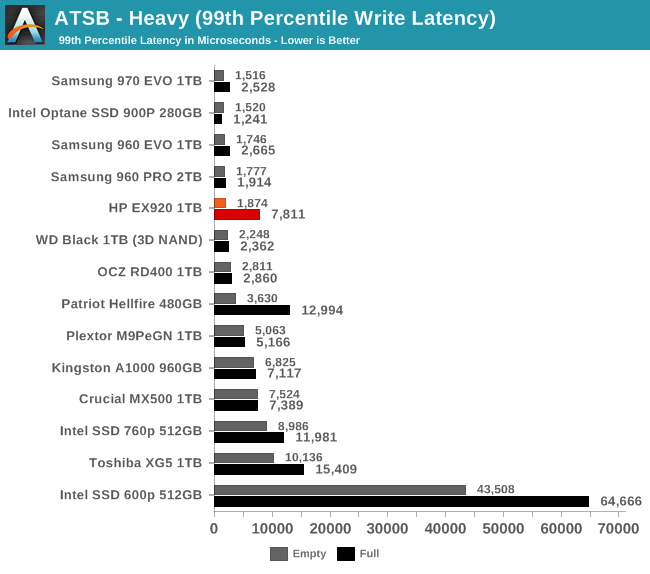 The 99th percentile read latency of the HP EX920 on the Heavy test is great. Even on the much slower full-drive test run, the EX920 manages to control read latency better than Samsung's SSDs. The situation is quite different for 99th percentile write latency: when the test is run on an empty drive, the EX920 performs on par with other high-end NVMe SSDs, but when the drive is full the EX920 offers worse QoS than some low-end NVMe SSDs and our comparison SATA drive. 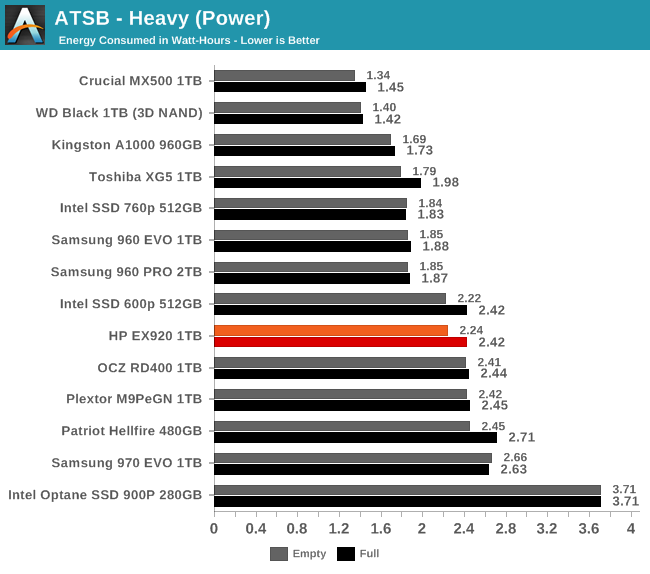 As with The Destroyer, the HP EX920's energy usage on the Heavy test puts it in the more power-hungry tier of NVMe SSDs, but this time it has the performance to match, and the overall spread among M.2 NVMe SSDs isn't as broad.