First up in our APU gaming tests is Civilization 6. Originally penned by Sid Meier and his team, the Civ series of turn-based strategy games are a cult classic, and many an excuse for an all-nighter trying to get Gandhi to declare war on you due to an integer underflow. Truth be told I never actually played the first version, but every edition from the second to the sixth, including the fourth as voiced by the late Leonard Nimoy, it a game that is easy to pick up, but hard to master. 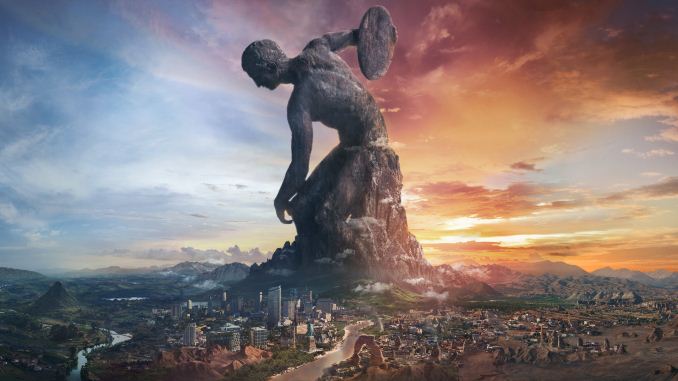 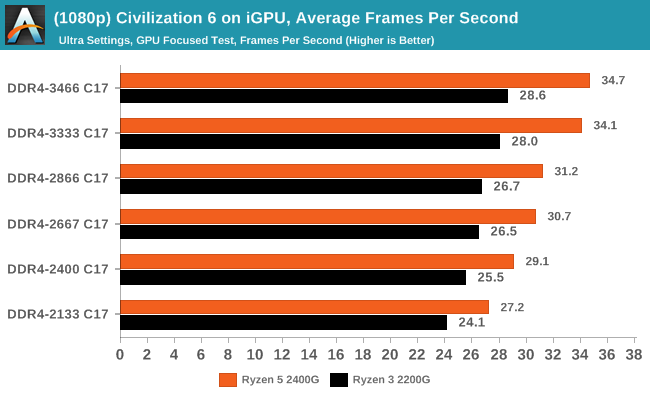 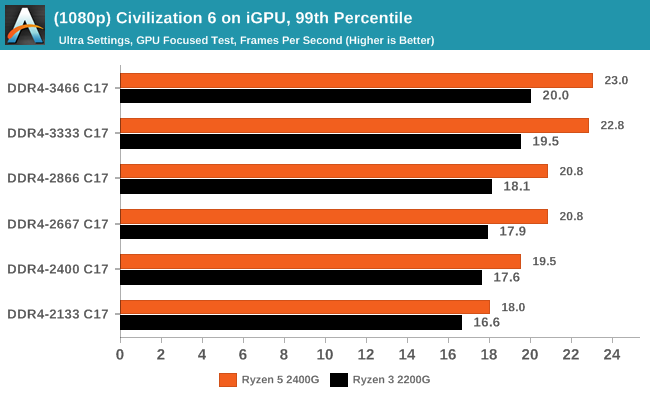 Civilazation 6 certainly appreciates faster memory on integrated graphics, showing a +28% gain for the 2400G on average framerates, or a +13% gain when compared to the APU rated memory frequency (DDR4-2666). 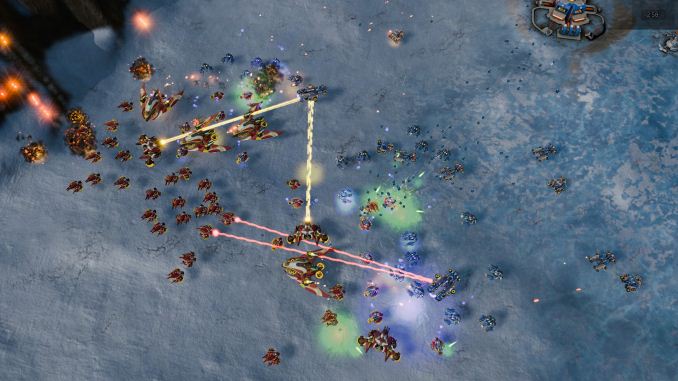 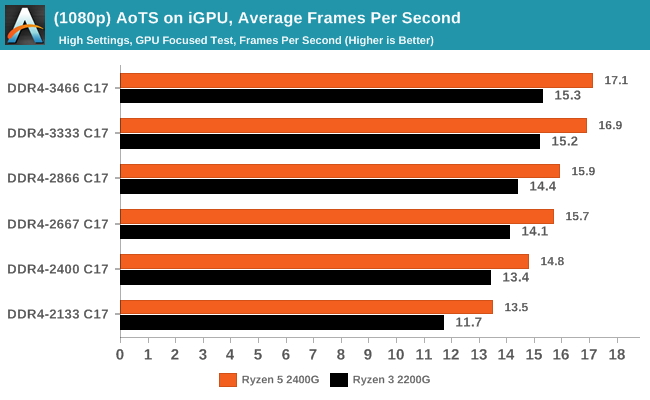 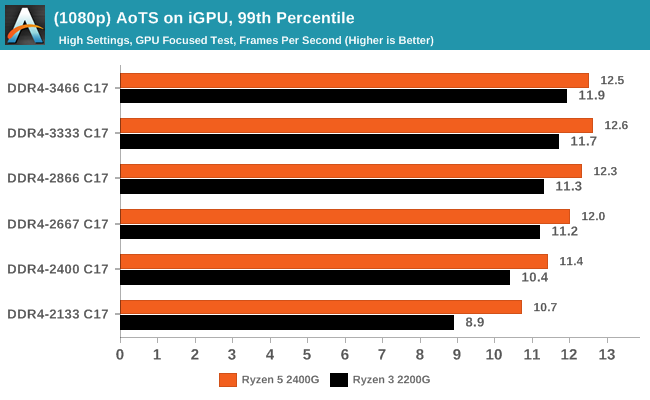 In Ashes, both CPUs saw a 26-30% gain in frame rates moving from the slow to fast memory, which is also seen in the percentile numbers. 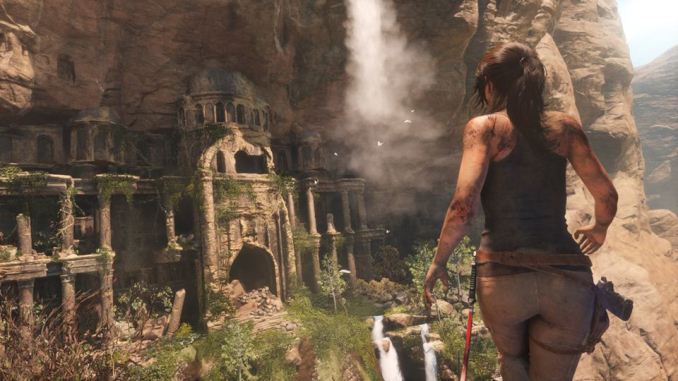 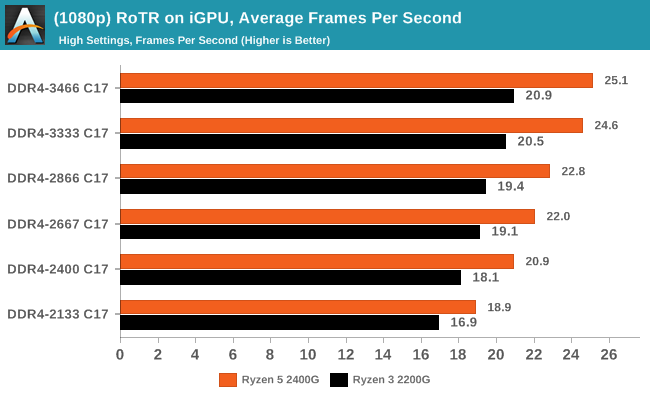 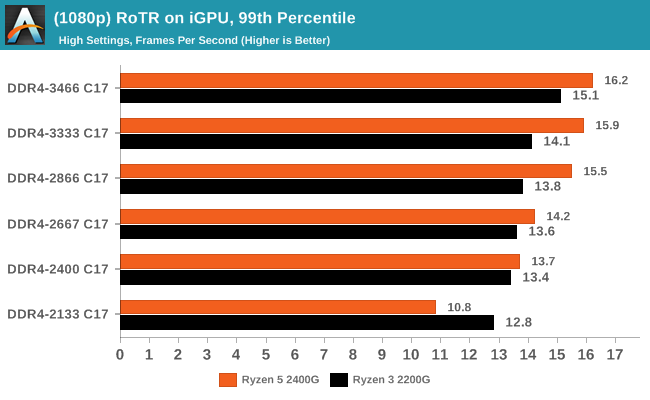 Both CPUs saw big gains in RoTR, however it is interesting to note that the 2400G gained margin over the 2200G: at DDR4-2133, the difference between the two APUs was 12%, however with the fast memory that difference grew to +20%. 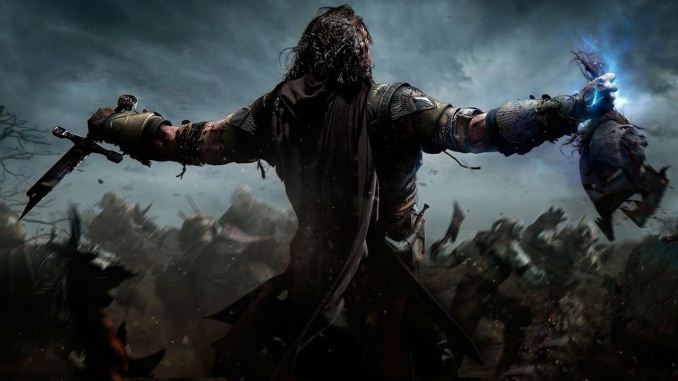 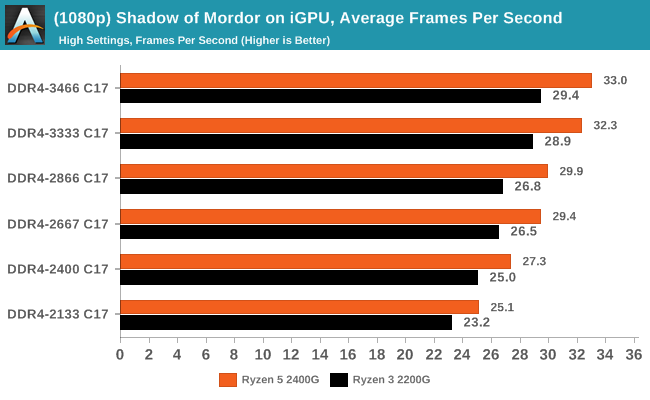 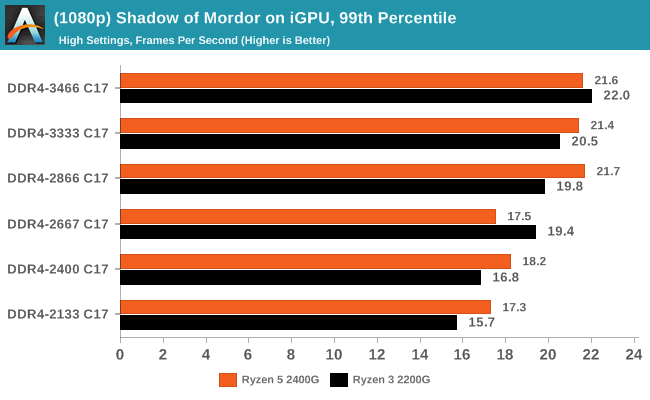 Shadow of Mordor also saw results rise from 26-32% for average frame rates, while the percentiles are a different story. The Ryzen 5 2400G seemed to top our at DDR4-2866, while the Ryzen 3 2200G was able to keep going and then beat the other APU. This is despite the fact that the 2200G has less graphical horsepower than the 2400G. 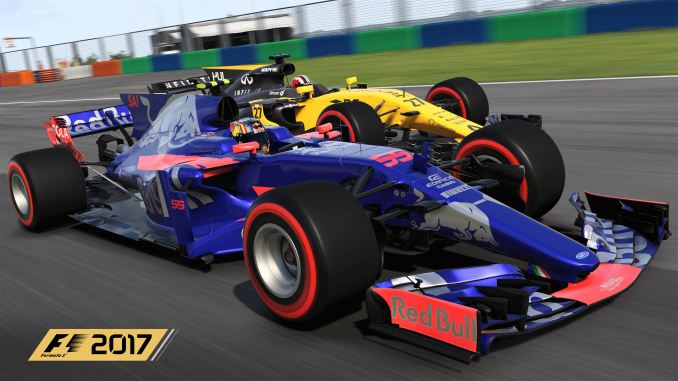 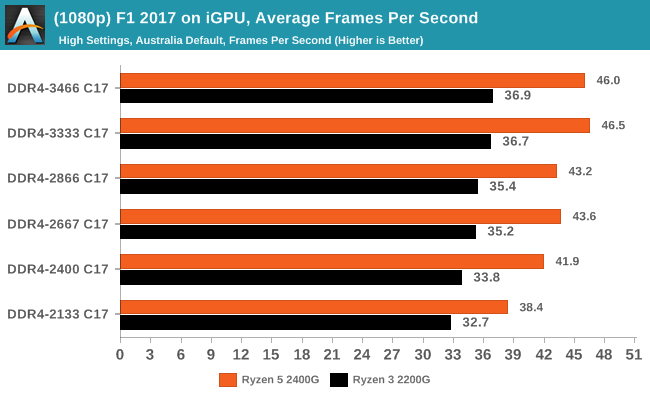 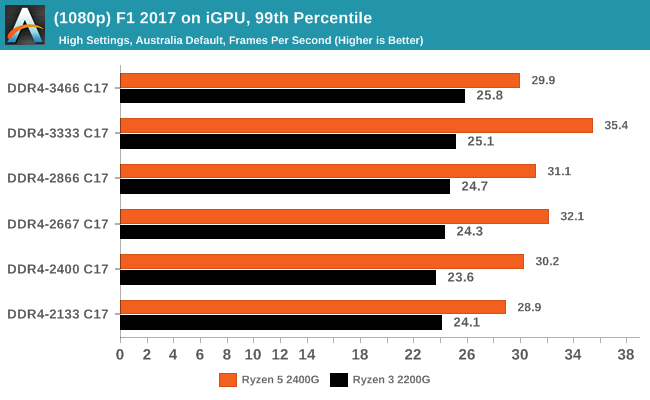 Codemasters game engines are usually very positive when memory frequency comes into play, and although positive generally in F1 2017, it didn't seem to affect performance as much as expected. While average frame rates showed a gradual rise in performance through the straps, the Ryzen 5 2400G 99th percentile results were all over the place and not consistent at all. 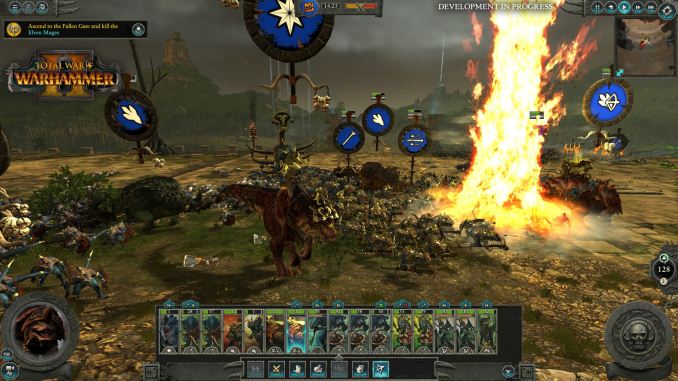 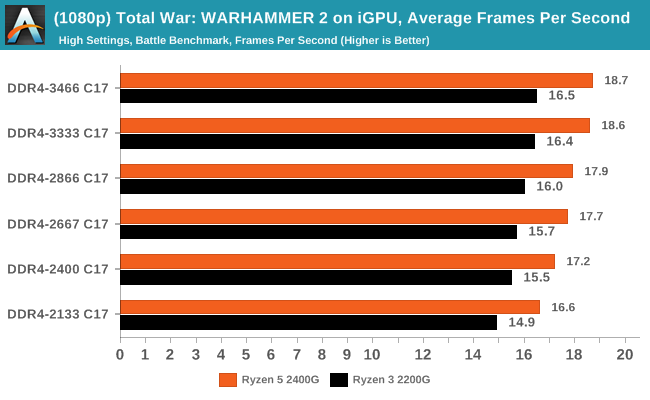 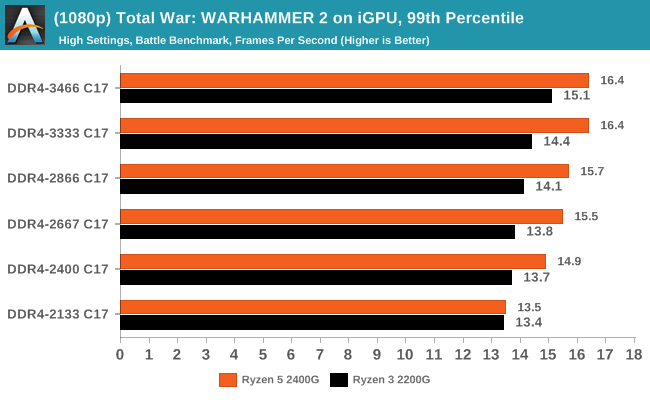