Built around several freely available benchmarks for Linux, Linux-Bench is a project spearheaded by Patrick at ServeTheHome to streamline about a dozen of these tests in a single neat package run via a set of three commands using an Ubuntu 14.04 LiveCD. These tests include fluid dynamics used by NASA, ray-tracing, OpenSSL, molecular modeling, and a scalable data structure server for web deployments. We run Linux-Bench and have chosen to report a select few of the tests that rely on CPU and DRAM speed.

Unfortunately due to the different time windows we had these CPUs and the time of introduction of Linux-Bench into the normal testing suite, we only have results for the 2P and 1P E5-2650L V3 configurations.

C-Ray is a simple ray-tracing program that focuses almost exclusively on processor performance rather than DRAM access. The test in Linux-Bench renders a heavy complex scene offering a large scalable scenario. 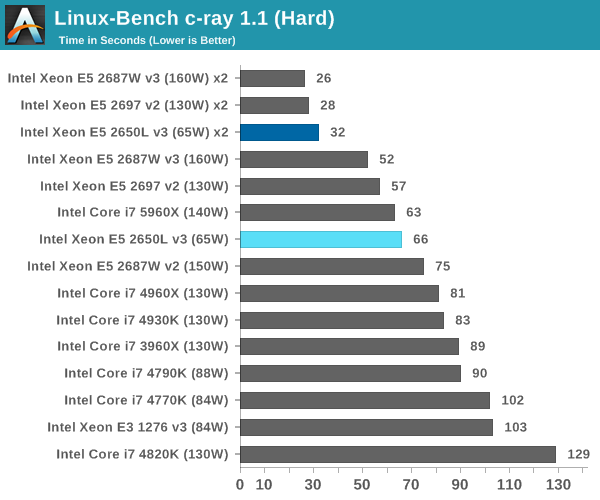 7-Zip is a common open source compression and decompression tool for data transfer. 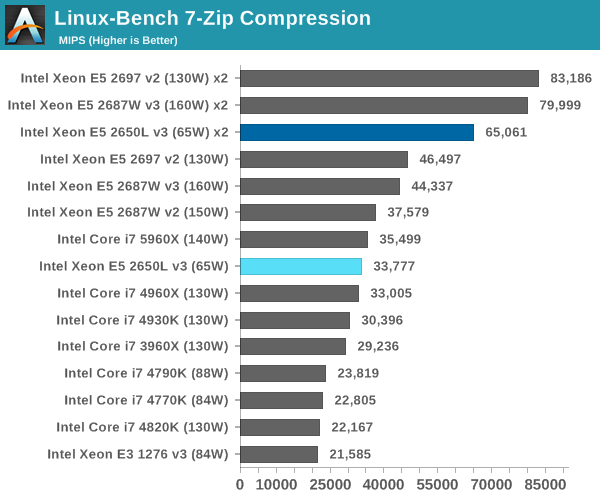 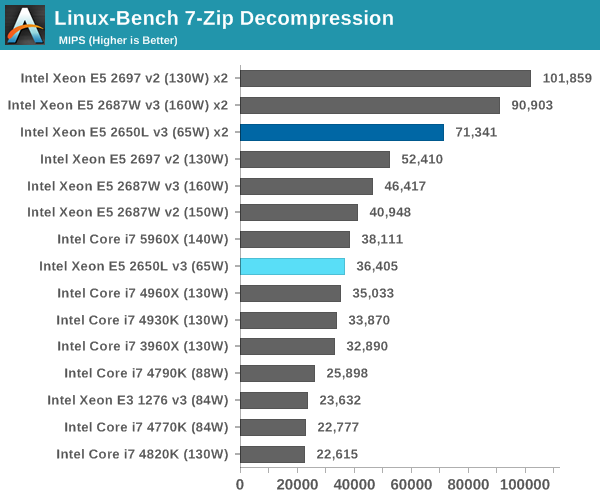 Developed by the Theoretical and Computational Biophysics Group at the University of Illinois at Urbana-Champaign, NAMD is a set of parallel molecular dynamics codes for extreme parallelization up to and beyond 200,000 cores. The reference paper detailing NAMD has over 4000 citations, and our testing runs a small simulation where the calculation steps per unit time is the output vector. 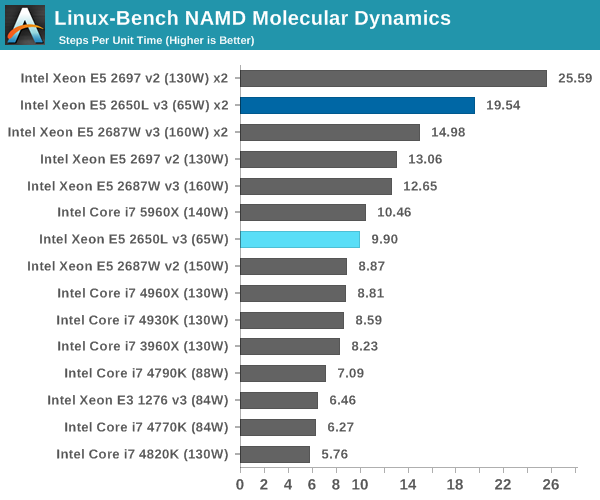 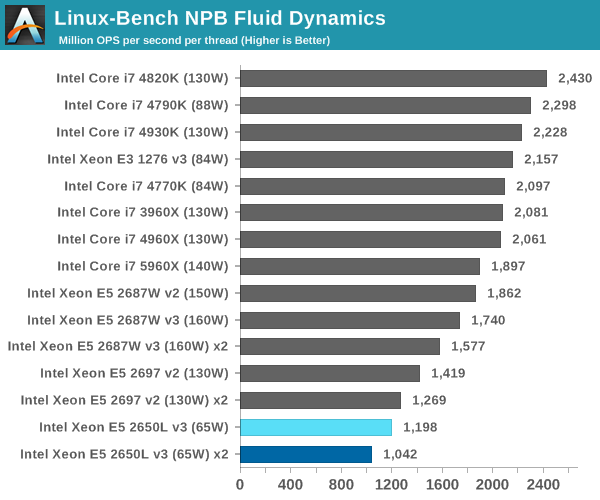 OpenSSL is the platform that secures the majority of the websites we visit, and being able to issue/verify this security is paramount to performance. We test the rates at which OpenSSL certificates are signed and verified. 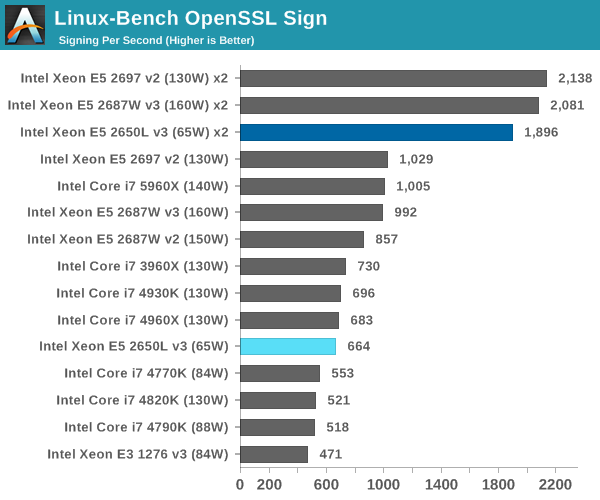 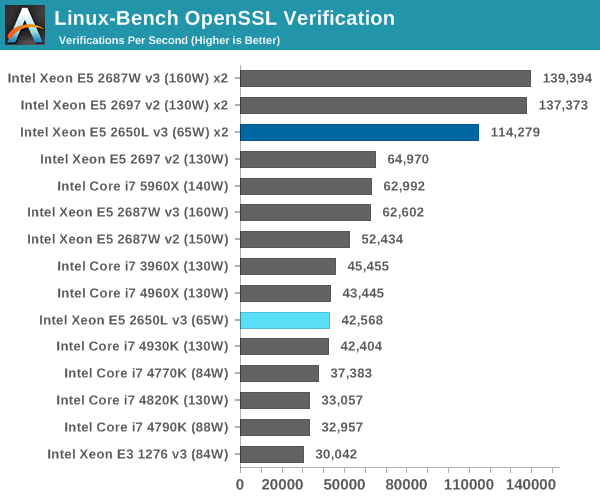 Many of the online applications rely on key-value caches and data structure servers to operate. Redis is an open-source, scalable web technology with a srtong developer base, but also relies heavily on memory bandwidth as well as CPU performance. 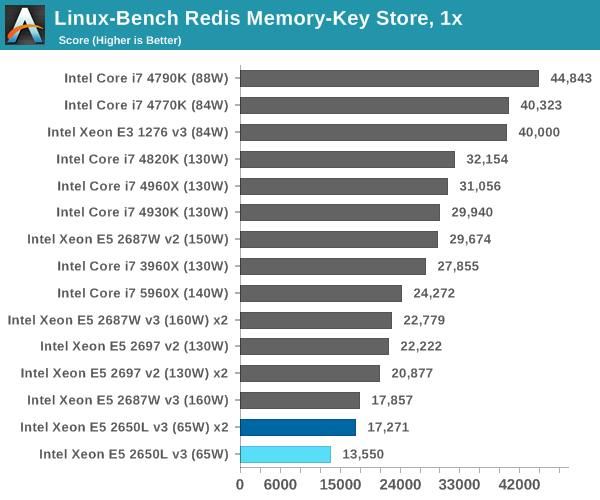 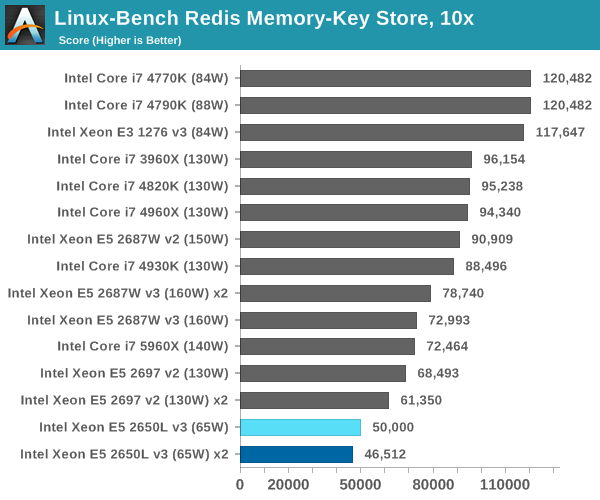 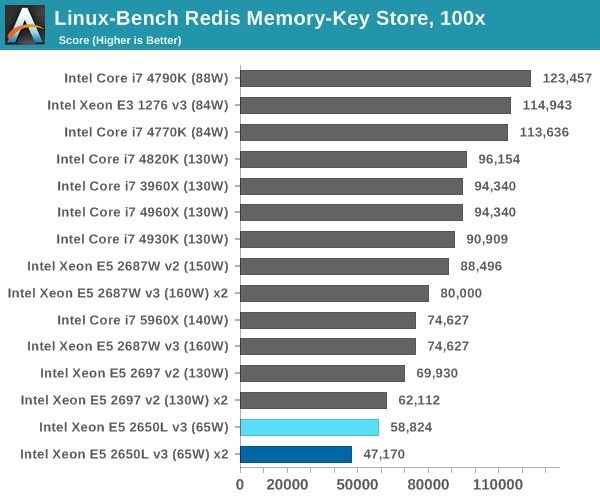