Update 09/12: Bringing this back up, over the weekend the website to submit settlement claims went up. Owners of GTX 970s who purchased the card between its launch and August 24th of this year can participate in the settlement in order to receive $30 per card. The settlement itself has not yet been approved by the courts, but is expected to be approved in December.

Interestingly, there is no damage cap in the settlement, so all participants will receive a fixed $30 per card regardless of the price paid or the number of claimants. Meanwhile the proposed attorney fees total $1.3 million.

Word comes from Top Class Actions (via The Tech Report) that NVIDIA will soon be settling a series of proposed class action lawsuits brought against the company regarding the GeForce GTX 970. Under the preliminary settlement, United States residents who purchased GeForce GTX 970 cards would be able to claim a $30 settlement in return for dropping further litigation against the company. With the GTX 970 having launched at $329, this amounts to a de facto 9% rebate on the card.

The class action suits in question were brought against the company almost immediately after NVIDIA made the important (and more than a bit painful) disclosure that the initially published specifications for the GTX 970 were wrong. Specifically, that the card had an unusual memory crossbar organization where one ROP/L2 partition was disabled, giving the card only 56 ROPs instead of 64. Furthermore, this meant that the last 512MB of the standard 4GB of VRAM could not be accessed in a contiguous manner, impacting how it could be used. To that end, as the Top Class Actions article notes, the $30 settlement “was calculated to represent a portion of the cost of the storage and performance capabilities the consumers thought they were obtaining in the purchase of the product.” 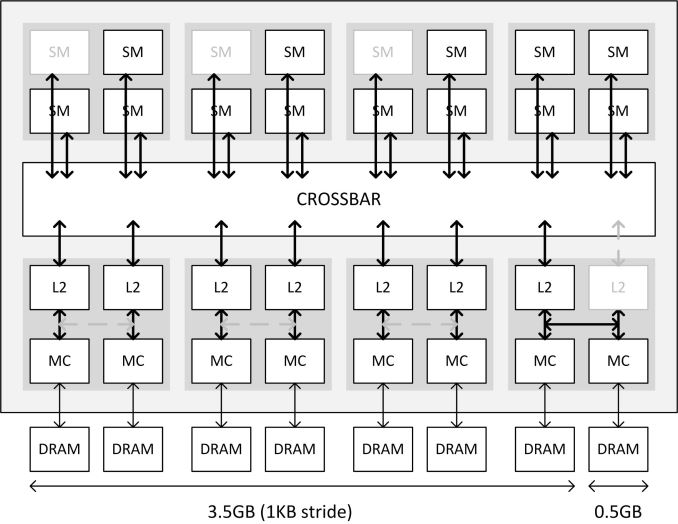 With that said, at this point the settlement itself has yet to be approved by the court, and signups are not yet available. Assuming it is approved, I’d expect that signups will be made available shortly thereafter.