Back in June, Google announced that Android 3.2 would be arriving beginning this summer for Honeycomb tablets. Motorola, being Google's launch partner for Honeycomb, was first to get the update. Next on the list was ASUS and as of late last week, Eee Pad owners in the US started getting their version of Android 3.2. I updated my Eee Pad over the weekend and the process went seamlessly. As long as you've got more than 25% left on your battery you're good to go. If you haven't updated your Eee Pad since the launch you'll need two updates to get to 3.2. 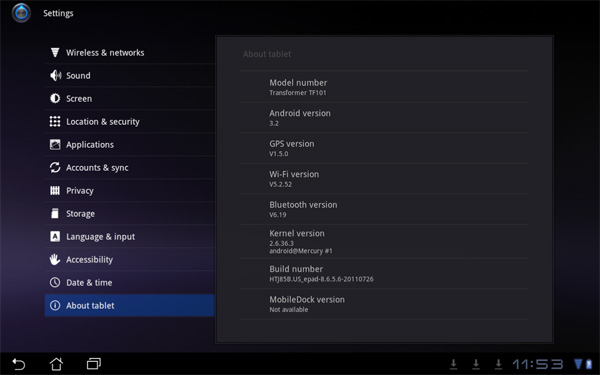 The 3.2 update on the Eee Pad brings about a new splashscreen as well as a TegraZone app. TegraZone is NVIDIA's custom marketplace that leverages the Android Market. TegraZone is used exclusively for games that are optimized for NVIDIA's Tegra 2 SoC. 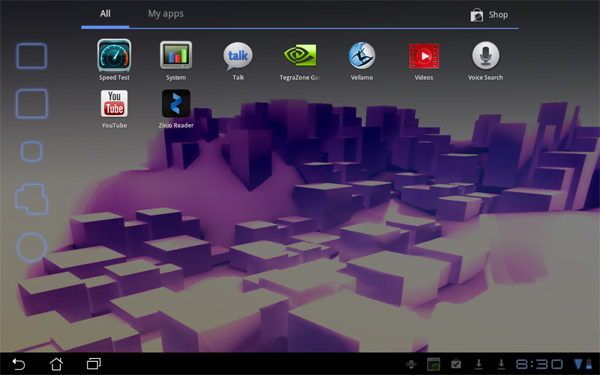 The update itself is relatively minor from a feature standpoint. The version notes help explain the changes:

The first point is rather vague but the big news is of course the second point on the list. Modern Android smartphones run at one of three native resolutions: 800 x 480, 854 x 480 or 960 x 540. Honeycomb tablets on the other hand all run at 1280 x 800. What happens when you run an app optimized for the display resolution of an Android smartphone on a Honeycomb tablet? Many apps just expand to fit the screen. If they were optimized for one of the aforementioned resolutions, they just stretch by adding more horizontal/vertical resolution until they occupy the entire viewport. Here's an example using the SystemPanel app, an AnandTech favorite:

To the left we have SystemPanel running at 800 x 480 on an Android smartphone, and to the right we have it running at 1280 x 800 on the Eee Pad Transformer. The UI just scales up. Now take a look at the Speedtest app: 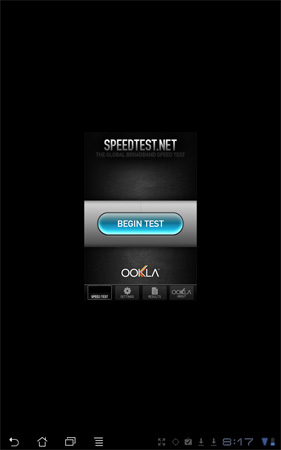 It doesn't scale up, it's hard coded to an 800 x 480 resolution and appears as such in the center of our Eee Pad. Android 3.2 addresses this very problem with its compatibility zoom feature: 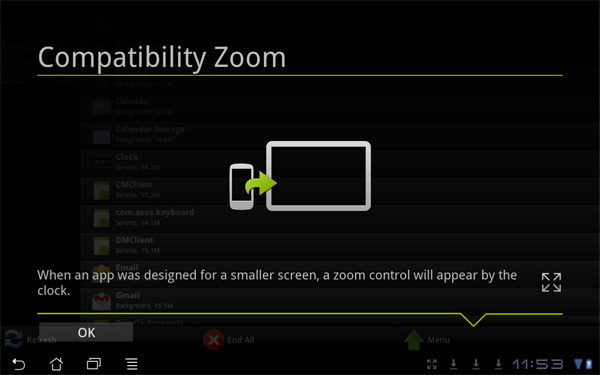 Here's the same Speedtest app but with the zoom control set to...zoom:

If you click to enlarge the image above you'll see it's not particularly pretty (interpolated scaling rarely is) but it does completely fill the screen.