Aesthetically, the ASRock X399 Taichi has little to be envious of more expensive implementations. The design is simple, symmetric, and elegant, with black plastic and gunmetal grey parts creating a subtle visual antithesis. A gear works pattern is dyed on the motherboard's PCB and the gear-shaped chipset heatsink perfectly fits into the theme. There are two additional heatsinks that cool the motherboard's VRM circuitry that are connected via a heatpipe. No active cooling is present. ASRock's design also includes RGB lighting surrounding the gear-like chipset heatsink, with two headers for common 12V RGB strips. There is no support for RGBW or digital RGBW/UV LED products. 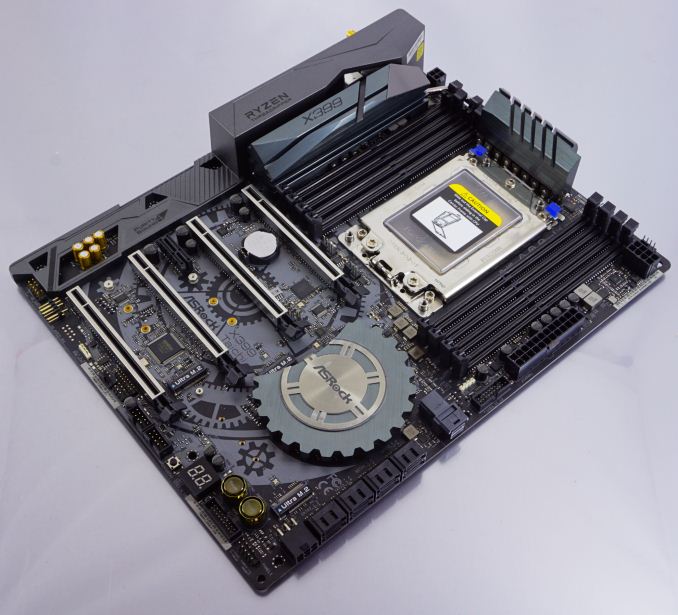 ASRock advertises the X399 Taichi as having an 11-phase design. The motherboard actually has an eight-phase VRM circuit for the CPU, plus an additional three-phase VRM for the SoC. The International Rectifier (Infineon) IR35201 digital controller is handling the eight main phases, with International Rectifier 3555 60A MOSFET drivers and 60A inductors. A second IR35201 controller is present to the left side of the DIMM slots and controls the SoC phases. The power circuitry is practically no different than that of the premium ASRock X399 Professional Gaming and is better, in terms of current capacity, than that of the significantly more expensive GIGABYTE X399 Designare EX. 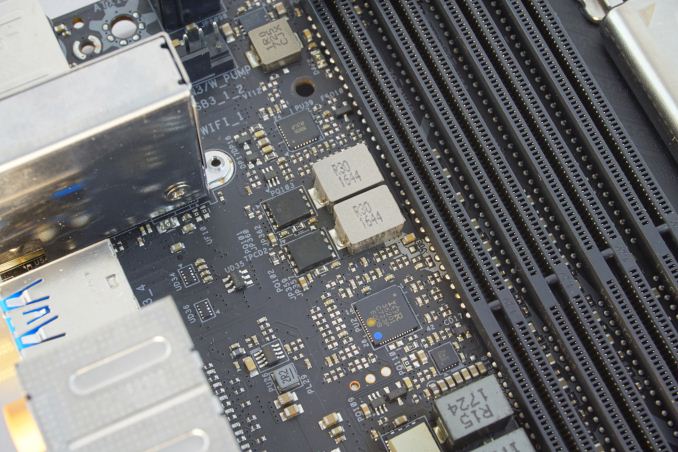 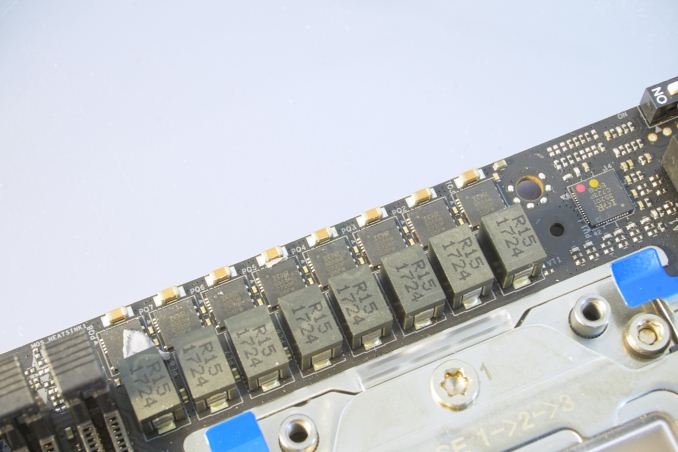 The ASRock X399 Taichi shares almost the same layout as the ASRock X399 Professional Gaming and, thus, the same design choices. Most of the internal headers are placed across the bottom edge of the motherboard. From left to right, there are two front panel audio headers, one standard and one vertical, a COM port header, a header for a 12V RGB strip, a standard 4-pin fan header, a TPM header, an extra power LED/system speaker header, two headers for USB 2.0 ports, a small CMOS reset switch, a debugging LCD, one USB 3.1 Gen 1 header, two gold-colored power/reset buttons, and the system switch/LED header. 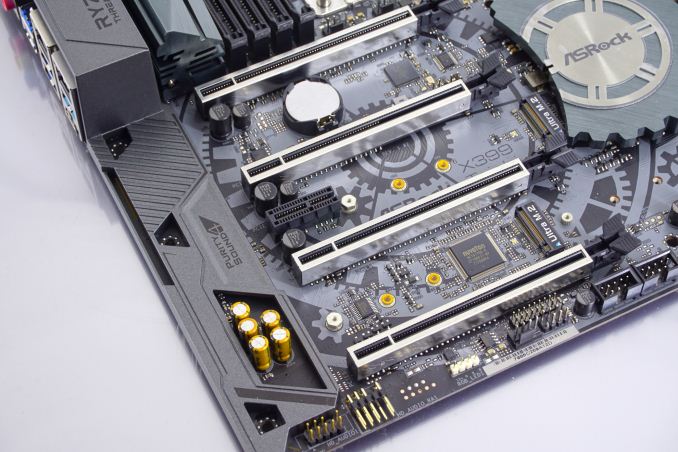 Moving to the right side of the motherboard, we can see eight SATA connectors at the lower right side, followed by a U.2 PCIe ×4 connector. The ASRock X399 Taichi has three M.2 PCIe ×4 slots, one of which is sharing lanes with the U.2 connector. Installing a U.2 device will disable the first M.2 slot. There is no support for 110 mm M.2 devices as all three M.2 slots support drives up to 80 mm long. A second USB 3.1 Gen 1 header can be seen between the U.2 port and the ATX 24-pin power connector. 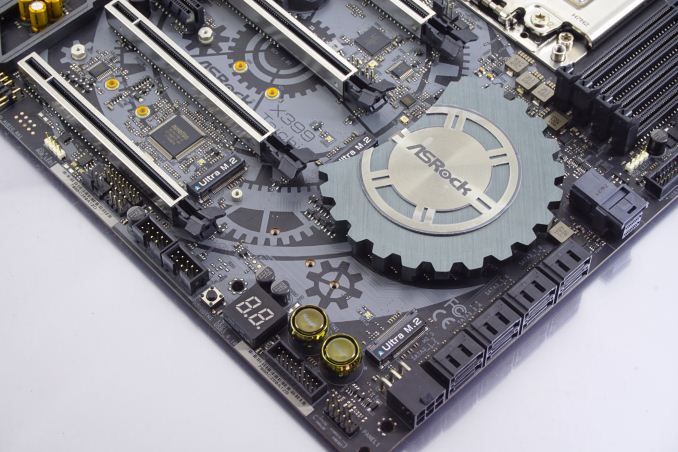 The major questionable design choices are two. The first is the use of a 6-pin PCIe connector on the lower right edge of the motherboard that serves as an additional power source. The use of an extra power connector is not strange on AMD X399 motherboards that support quad SLI but the choice of this particular connector is, as it would force users who want to use four graphics cards to use an adaptor on Molex connectors because almost all power supplies stop at eight PCIe connectors. The second is the placement of the CPU's power headers, which are split between the left and right top side of the motherboard. ASRock advertises this as an advantage, as it creates a wider trace for the CPU's VRMs. The concept is technically sound from an engineering point of view but it also could create compatibility problems because several PSUs have both CPU 12V connectors on a single cable, meaning that an extension would be necessary to reach the second connector on the motherboard. A thicker copper layer would certainly produce better results but, since ASRock is already using a 2oz copper PCB, a thicker copper layer would greatly increase the motherboard's manufacturing cost. Finally, the placement of two fan headers between the CPU's socket and the first PCIe slot, where they will be practically inaccessible after a CPU heatsink and a graphics card are installed, is another odd design choice, albeit a minor one. 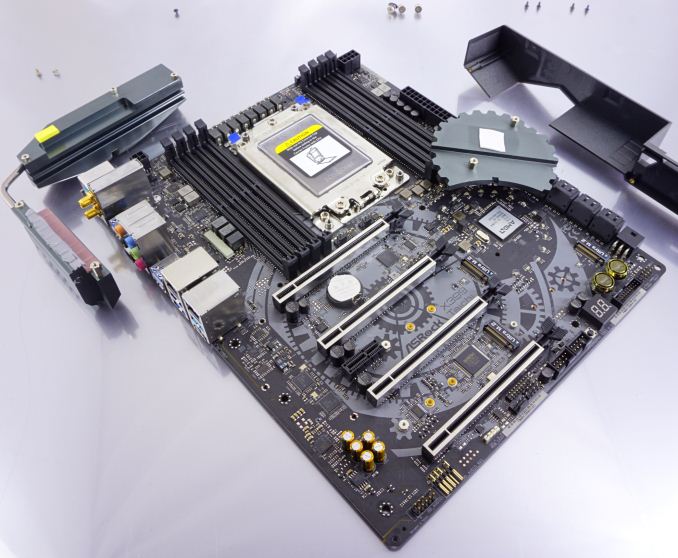 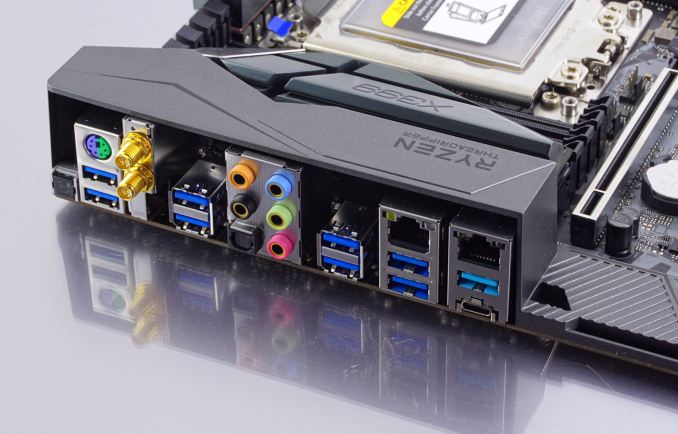 ASRock's engineers placed a significant amount of carefulness on the audio circuitry. The ASRock X399 Taichi is using the Realtek ALC 1220 codec, the same chip that every other AMD X399 motherboard is currently using at the time of this review. However, they physically isolated the left/right channels on individual layers, plus they isolated the audio circuitry from the rest of the motherboard. ASRock is using Nichicon's known audio-specific golden capacitors and also installed a Texas Instruments NE5532 amplifier for the headphones. 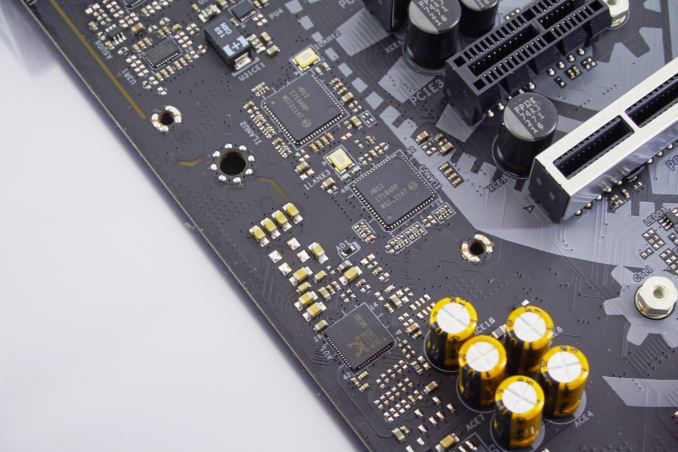 A quick glance at the back of the motherboard reveals that the X399 Taichi does not have any metal supports/braces, aesthetic or otherwise, beyond what the standard CPU socket offers. The standard CPU socket is adequate for even the heaviest CPU cooler but will not withstand severe mishandling. 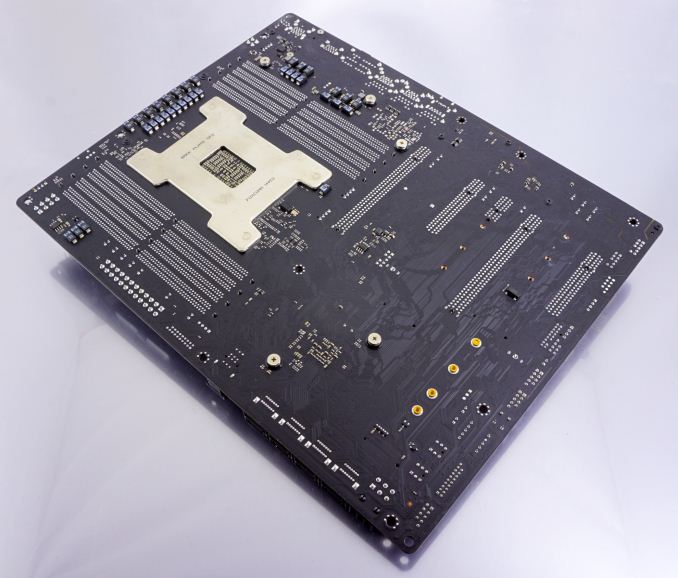