Today at a launch event in Beijing, Meizu announced the latest edition to its lower-cost M-series of smartphones. The M3E adheres to Meizu’s established design and construction methods, with an all-aluminum chassis topped with 2.5D edge-to-edge cover glass. The single-piece volume rocker and power button sit within a polished groove that matches the polished, chamfered edges around the sides as well as the recessed rear camera and flash modules. The M3E comes in five colors: silver, gray, blue, gold, and rose gold.

Like Meizu’s M3 note, the M3E comes with a fully laminated, 5.5-inch 1080p IPS LCD display with a peak brightness of 450 nits, according to Meizu. There’s a touch-based, capacitive fingerprint sensor below the screen that also works as a capacitive back button when tapped and a home button when pressed. Swiping up from the lower bezel opens the recent apps menu, which eliminates the need for additional capacitive or onscreen navigation buttons.

The table above shows significant overlap between the new M3E and the M3 note. They both use the same MediaTek Helio P10 SoC with four ARM Cortex-A53 CPUs at up to 1.8GHz and another four at up to 1.0GHz in a big.LITTLE arrangement. There’s also an ARM Mali-T860MP2 GPU, which features two ALUs per core instead of three ALUs per core like the high-end Mali-T880.

In our M3 note review, the Helio P10 delivered adequate performance for light workloads, but could not match the speed and user experience of Qualcomm’s Snapdragon 650 SoC in the similarly priced Xiaomi Redmi Note 3. The Helio P10’s low-power GPU is also unsuitable for serious gaming, but is sufficient for playing casual titles.

The M3E comes with 3GB of LPDDR3-1866 RAM and 32GB of eMMC 5.1 NAND, also like the M3 note. Both phones also support microSD cards for storage expansion and 802.11ac Wi-Fi, which is nice to see at this price point, but neither phone includes NFC. The M3E at least ditches microUSB in favor of the newer Type-C port.

MediaTek’s Category 6 LTE modem comes integrated with the Helio P10 SoC, offering up to 300 Mb/s down and 50 Mb/s up with 2x20 MHz carrier aggregation and 64-QAM on the downlink. Both the M3E and M3 note accept dual NanoSIM cards and support Dual SIM Dual Standby (DSDS) operation. Meizu says the M3E supports 18 frequency bands, which is the same number as the mainland China version of the M3 note. Based on the hardware similarities, it’s likely the M3E supports the same frequency bands as the M3 note, which means no support for North American LTE frequencies. 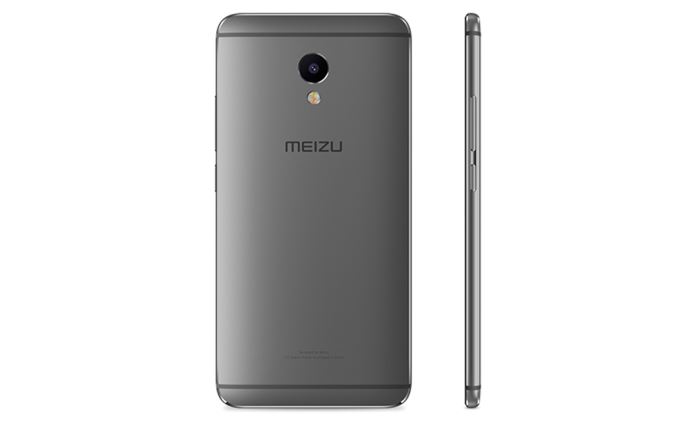 The M3E comes with a 5MP front-facing camera and 13MP rear camera with phase detect autofocus (PDAF); however, the M3E is using a Sony IMX258 image sensor for the rear camera. The M3 note’s camera performed poorly in our testing, so hopefully this change improves image quality.

Overall, the M3E appears to be a minor revision of the M3 note. It’s updated design, USB Type-C port, and new rear camera are offset by a significantly smaller battery. It’s also disappointing to see Meizu stick with the Helio P10 SoC. The Redmi Note 3’s Snapdragon 650, which includes two Cortex-A72 CPUs and an Adreno 510 GPU, provides a substantially better user experience at a similar price.